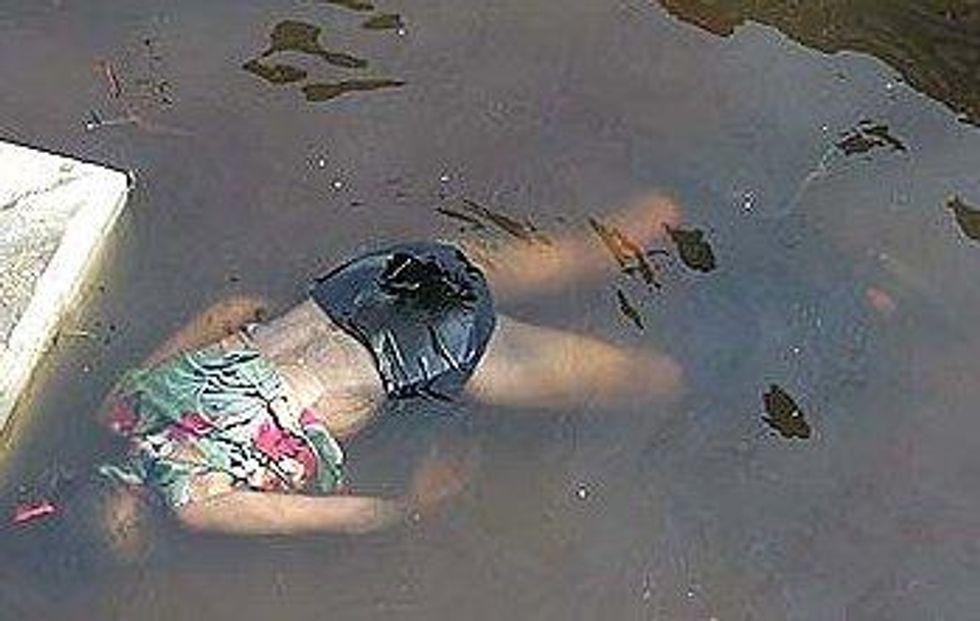 HAHAHAHAHA. Get it?! Because black people are ... lazy? They like cold weather? Jesus fucking christ.

So, tragically, this loyal Republican was forced to resign by the state chairman. But they're sure sad to be losing top-shelf talent like her:

"I've known Carol for many, many years and I know she doesn't have a racist bone in her body," said Janice Torgersen, corresponding secretary for the Hillsborough County Republican Executive Committee.

"We can't condone it. There's no place for it in our party," Torgersen said of Carter's behavior. "At the same time, I'm tragically sad to be losing someone like her. Why do intelligent people do dumb things? That's the question."

Ugh. First off, nobody has "a racist bone" in their bodies. Check your brains, fucktards. Second, is this halfwit email -- complete with the usual inscrutable logic and lack of proper punctuation -- the work of "intelligent people"? Who believes that?

Carol Carter, the loyal Republican, thought she'd nipped this particular racist-GOP controversy in the bud, eight hours later, when she sent a second email clarifying the purely non-racist motivation of the first email:

I have been asked to send this apology for my earlier e-mail. I am sorry that it was received in a negative manner. I do hope that we are going to be allowed to keep our sense of humor.

If we can't laugh at the people we used to keep as slaves and continue to torment with outrages like the "eh" response to Katrina, then what can we laugh at, right? Anyway -- and obviously -- this was hardly the only recent incident of Hillsborough County, Florida GOP officials sending racist emails specifically about the great crisis of these people's lives: a negro elected president, of America!

Hillsborough has been a magnet for racially charged controversies in the Republican Party in recent months. Former county chairman David Storck was roundly criticized for forwarding an e-mail lamenting the many blacks voting early in the presidential election, and former state party finance chairman Al Austin apologized for forwarding an e-mail joke referring to the assassination of Obama.

There's a kind of pathetically sad part about this otherwise standard-Republican news item, too, and it comes from the county's NAACP president, Curtis Stokes, "a prominent Republican." Stokes, who is black, seems to be perpetually baffled that his party is run by a bunch of stone-cold racists. In 2007, he seemed to flirt with the idea of switching sides and maybe dealing with people who don't see him as subhuman. The cause of that crisis of party faith was when "Republican Hillsborough County Commissioners Brian Blair, Ken Hagan and Jim Norman supported a proclamation designating a Confederate Memorial Day." Those guys!

That Stokes was already publicly supporting both D.C.'s GOP-opposed bid to get a real representative in the House and Obama's presidential candidacy by then is a pretty strong sign the Republican Party was probably not the most natural home, but some people just need to be repeatedly humiliated, for years, until they finally get the hint.

You know, because Stokes was just having a nice conversation with Carol Carter a few days before she sent her racist email. Why, she hadn't even said something specifically racist to him!

"I just saw Carol last Tuesday, and we had a good conversation," said Curtis Stokes, president of the Hillsborough County NAACP and a prominent Republican. "Never in a million years would I think she would forward something like this."