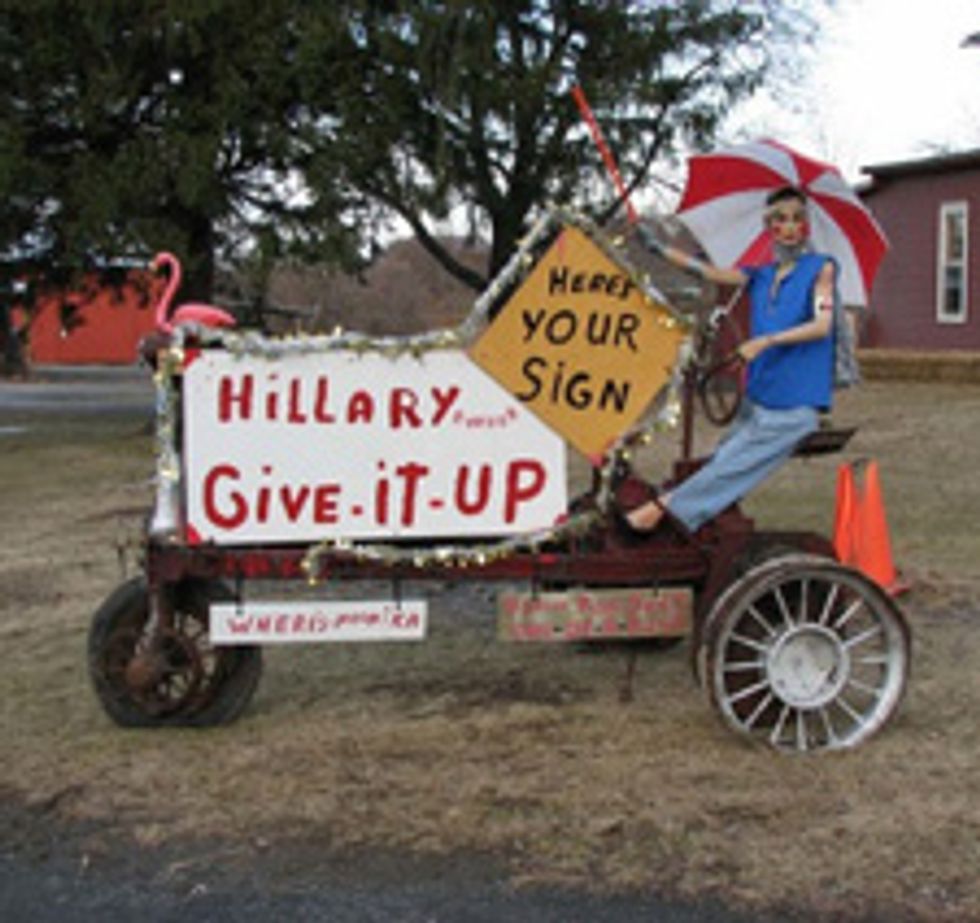 You Democrats keep falling for Hillary Clinton. It's been less than two years since her and her husband's completely obnoxious path to losing the Democratic presidential nomination, the best thing that ever happened to her. She gets to fly around the world doing whatever while no one really pays attention but assumes she's doing well, she's out of elected office and therefore not hated, and recently she's beenmeme-ified in on some Internet photo thing that lasted like two days. You people, you love her. She has an 86% percent favorability among Democrats. You love her and will make her president, in the future.

How's that Democratic stable of prospects for the 2016 election looking? The same as it did several years out before 2004, 2008, and not really 2012: Hillary Clinton is the favorite by a million points, over Joe Biden and some other hippies. From the kindly folks at Public Policy Polling, who are bored with current politics, like everyone:

The Democratic nomination at this point is Hillary Clinton's for the taking if she wants it. She has an amazing 86/10 favorability rating with Democratic voters. In a dream field Clinton gets 57% to 14 for Joe Biden, 6% for Elizabeth Warren, 5% for Andrew Cuomo, 3% for Russ Feingold, 2% for Mark Warner, and 1% each for Martin O'Malley and Brian Schweitzer.

Clinton's appeal to the various different constituencies of the Democratic Party is pretty universal. She's at 58% with 'very liberal' voters, 56% with moderates, 60% with women, 52% with men, 59% with whites, 54% with African Americans, 51% with Hispanics, 64% with seniors, and 44% with young voters.

The Bright New Democratic Party of the Future: Hillary Rodham Clinton for President 2016. Meh, fine. Just spare us from Cuomo.

(Although, as a Marylander, your Wonkette author must say GO O'MALLEY, OUR HOMETOWN BANAL DEMOCRAT; BLUE CRABS TASTE GOOD!)