Hillary Shows America How To Lady-Scissor In Heartwarming Gay Ad 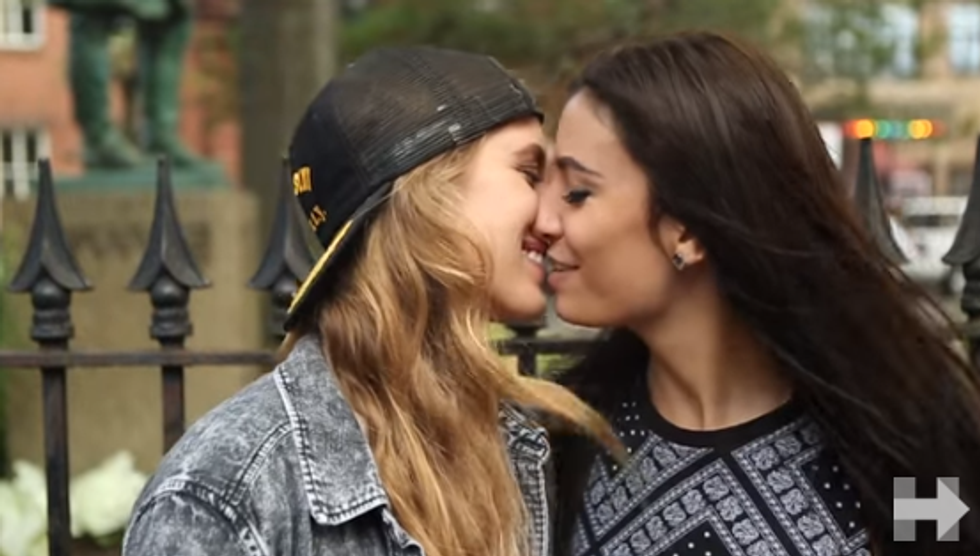 Gay for each other.

Uh oh, it looks like the New York Times was right when it was just implying how maybe Hillary Clinton and Huma Abedin play Mighty Morphin Scissor Ranger with each other all the time, in bed.

And of course, everybody LOLed during the 11-hour Benghazi hearing, when Rep. Martha Roby of Alabama (R-Kappa Kappa Gamma) asked Hillary if she was home while she was doing Benghazi. Was she alone? Was she alone THE WHOLE NIGHT? That's not very funny, Hillary, stop laughing!

But was she? Was Huma there THE WHOLE NIGHT?! Did they pour a nice bottle of Chianti, rock out with their girl-cocks out to a Melissa Etheridge playlist, and take the express train to O-Town while FOUR AMERICANS DIED? These are important questions!

Well, now we have our answer, and it comes in the form of this "gay outreach"-type ad, where Hillary shows everybody how to Make Lesbian like a common Huma and Hillz:

Oh just kidding, Wonket can't be serious for even one chicken-plucking minute, can we? It's actually a very nice ad about Hillary's (very good) record on gay rights. And it's kind of in-your-face, simply because these homosexuals are so much up in EACH OTHER'S faces during the ad.

And here is a boy lesbian couple, also kissing on the mouth:

Awwww. Mark Joseph Stern over at Slate tells us why this isn't gross:

Given the distressingly puritanical rules that govern gay PDAs, it’s both impressive and heartening that Clinton includes gay kisses in her official campaign spots. The ad forces viewers to confront images that might make them feel slightly uneasy, then encourages them to view such affection as a normal, healthy manifestation of adult intimacy.

That is very nice. Congratulations, The Gays! You have winned the culture war, and everybody wants to watch you make out now.