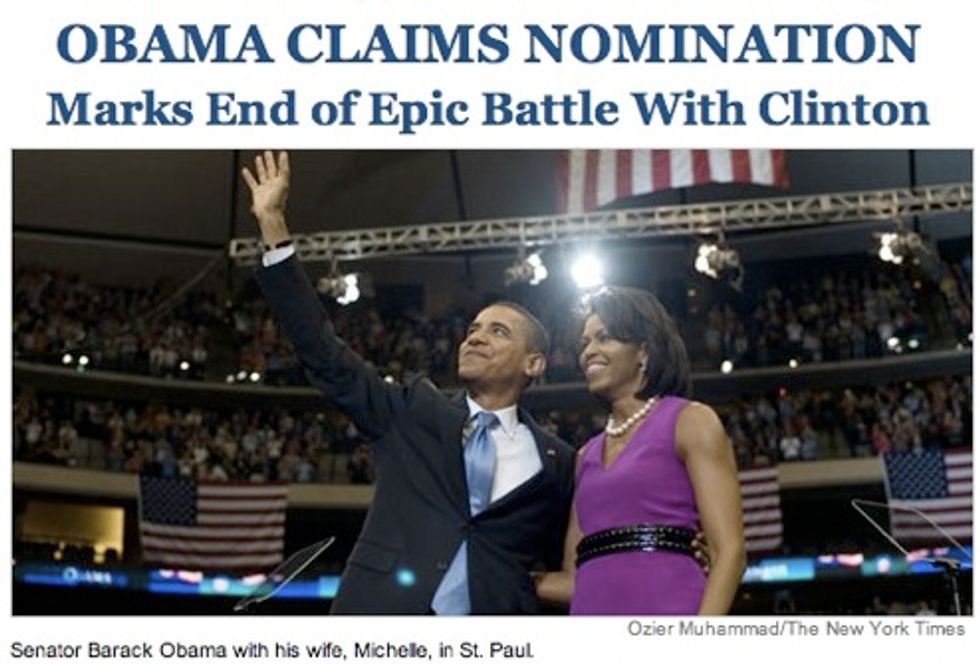 In Chicago, where she was born, the Chicago Tribune leads with "This Is Our Moment, This Is Our Time." (It's about Truck Nutz.)

In the "hardscrabble former coal-mining town" of Scranton, Pennsylvania -- where she never lived but where her father was born 97 years ago -- the local paper leads with "Obama seals nomination; McCain eager for battle." (Also, the pop-up ads promise three-bedroom houses for $98,000!)

In Hillary's other hometown of Little Rock, Arkansas, the only media outlet that updates at night is the teevee channel, Channel 7. It says this: "Clinton's Arkansas Chairman Predicts Obama Nomination."