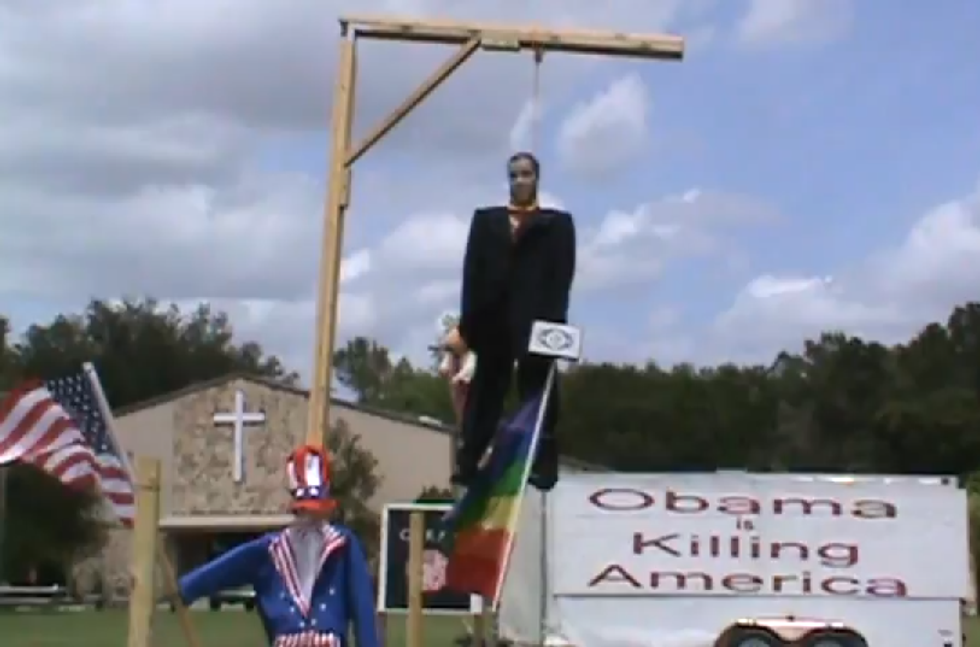 Florida swamp monster Terry Jones needs money. Or he has run out of sedatives. Or, and we're going to say this is the most likely one, he is feeling a little hard up these days, because he's about to get a complimentary body cavity exam from the Secret Service: He put some kind of racist art installation piece on the front lawn of his "Dove World Outreach Center" nut factory that depicts a dummy made up to look like Barack Obama hanging from a noose alongside a sign that reads, "Obama is Killing America." It's not a very good caption for this sculpture since Barack Obama seems more like the object rather than the subject of the sculpture, if it were a sentence, but the nation's illiterate racist contingent will probably get the meaning regardless.

Here is the photo, ugh:

And here is the official Terry Jones statement on this project, reflecting once more a somewhat alarming inability to construct consistent thoughts in English:

That is why we have now chosen the hanging of Hussein Obama to represent how the American people must, in a peaceful way, stand up and reject President Obama, reject his anti-American policies. It is time for us to stand up. It is time, again, for America to become America.