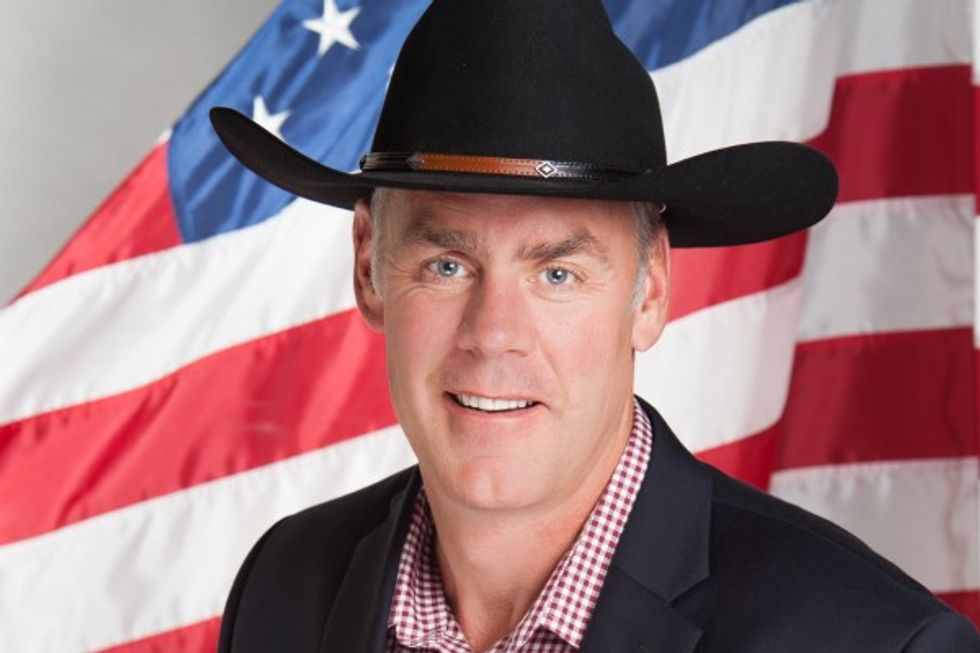 It isn't common for an Interior secretary to be a household name, but Ryan Zinke just cannot stay out of the news! This week, people can't enough of Whitefish Energy, a company with two full-time fellas, whose biggest previous contract was rebuilding (parts of) 4.8 miles of line in Arizona, and who conveniently scored a no-bid, $300 million contract with Puerto Rico's energy agency to rebuild its entire grid!

Lucky guys in the right place at the right time? Or maybe greased along a little by their personal connection to Mr. Interior Secretary And Also Scam-Pac'er Zinke, who also makes Whitefish his home (when he is not actually living in Santa Barbara)? Well, that is just speculation which both Whitefish and Zinke deny! But you can see why people might be innerested.

Now, the Daily Beast's Ken Klippenstein has reviewed the leaked contract between Whitefish Energy and PREPA (Puerto Rico's energy authority), and HOLY WOW! Have these fuckers write all your contracts for the rest of your life, because MAN are they good!

First, no government agency, from Puerto Rico to FEMA, may audit or review their spending. Second, Puerto Rico may not sue them if they don't finish the job.

No, you know what, we are not even stopping there, because we have no words to describe our admiration at these fuckers' legal know-how.

Ryan Zinke SCAM PACS???? Well, Knock Us Over With Half A Percent Of The Take

OK. That per diem. Let's say on a loooong day, we spend $150 on gas for the Wonkebago to come throw you parties! Then we MIGHT spend $50 on a particularly groovy camp site (though usually we like to sleep at Wonkers' driveways or a pretty scoop at the side of the road). That leaves us only one bottle of Dom Perignon (per day), and like $20 left over!

Oh, except Whitefish subcontractors' transportation is already paid for separately. Back to the per diem drawing board!

OR NOT, BECAUSE FUCK YOU NO AUDIT ALLOWED.

Help a grifter out! Give to Wonkette's Champagne Fund today!