'Historian': If You Let Women Vote, Next They Will Drive Roadsters And Smoke Virginia Slims 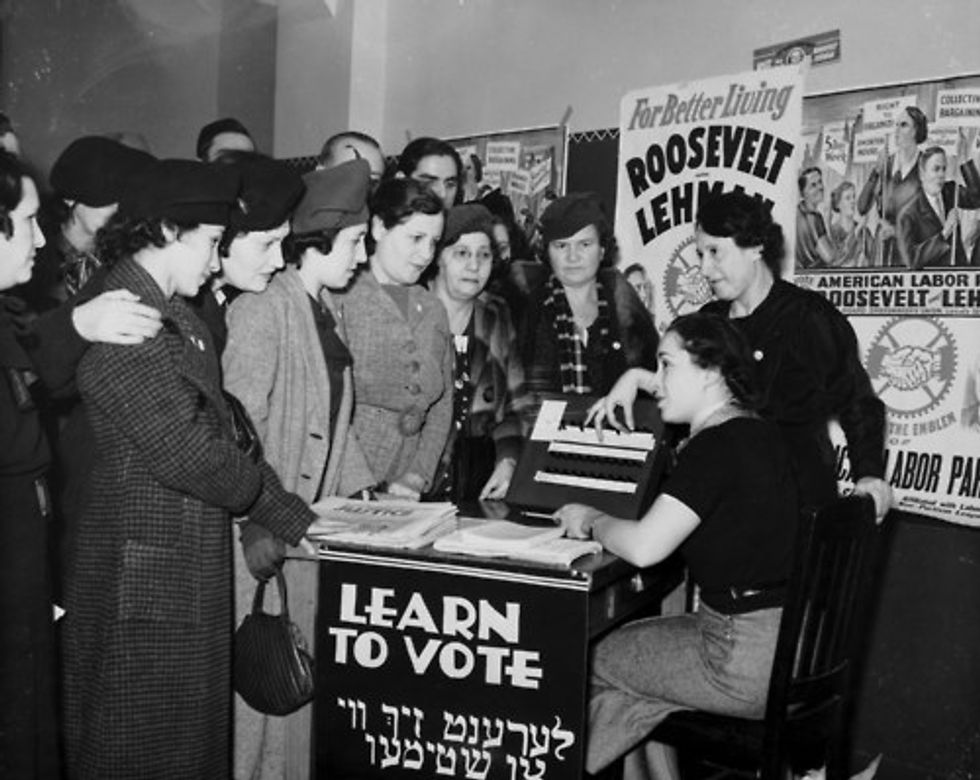 It's been a little while since we've checked in with America's Worst "Historian," David Barton; last time we talked about him was in November, when he was explaining the science of howAbortion causes climate change. Following that detour into the sciences, he seems to have returned to his primary field of study, lying about American history. On his exciting "Wallbuilders Live" podcast Thursday -- which you should listen to if only for the red-white-and-bluegasm theme song, complete with fighter jet flyover -- Barton made up a nice story about why women weren't given the vote when the Constitution was written: It's because the Founders wanted to preserve the American family, which would be riven by strife if women were allowed to vote differently from their husbands. How very true this might be, if only you close your eyes and wish hard enough!

Barton responded to a question from a reader who said she'd looked all over and found no reason why women weren't enfranchised from the get-go in Our Great Nation. She figured it couldn't possibly be because the Founding Fathers were sexist, so she asked if maybe women were barred from voting because of the Biblical principle that "a house divided against itself cannot stand?" And Barton patted the email from the caller on the header and gave her a gold star for being so on it. You see, the Founders thought exactly like a late 20th-century fundamentalist would, and so they believed that one vote per (white) family was quite enough, and conformed with the "four levels of government in the order they are given in the Bible":

And that is exactly how the Constitution is written, too, except for how it only talks about the civil government and doesn't mention the Bible. The parallels are uncanny.

Barton also is a big fan of the discredited "the Pilgrims starved because they tried socialism then stopped being lazy collectivists" trope:

So family government precedes civil government and you watch that as colonists came to America, they voted by families. You look at the Pilgrims, when they finally moved away from socialism and moved toward the free enterprise system, they called the families together and gave families plots of land. Private property given to the families. And so that's the way things work.

Further, the Founders all agreed with the basic biblical principle that the family consists of a man and his voiceless childbearing appendage, who does not need her own vote since they are in fact a single person joined by God:

And you have to remember back then, husband and wife, I mean the two were considered one. That is the biblical precept. That is the way they looked at them in the civil community. That is a family that is voting and so the head of the family is traditionally considered to be the husband and even biblically still continues to be so ...

And in happy families today, that's still how it works, although some of those uteruses with legs may claim otherwise, and wise men have learned to say "Yes Dear," because women! Am I right guys? Unfortunately, things just sort of went to hell as the ladies got a bee in their bonnet about being "independent" and having "rights":

He probably said something sexist there, too, but we were busy thinking of Sofia Vergara. And her independent, empowered attitude, of course.

You see, kids, the listener asked a perfectly "brilliant" question, because it shows that we shouldn't impose upon the Founders the modern feminist shibboleths of today; instead, we should assume that they would be perfectly aligned with the culture-war talking points of a modern fundagelical Christian:

what they did was they put the family unit higher than the government unit and they tried to work hard to keep the family together. And, as we can show in two or three hundred studies since then, the more you weaken the family, the more it hurts the entire culture and society.

This just stands to reason, and is reflected in the Founders' constant talk of the family in the Familyist Papers and in Jefferson's Notes on the Biblical Family Values of Virginia. Barton didn't quite call for a repeal of the 19th Amendment, but you could tell he was feeling nostalgic for the good old days.