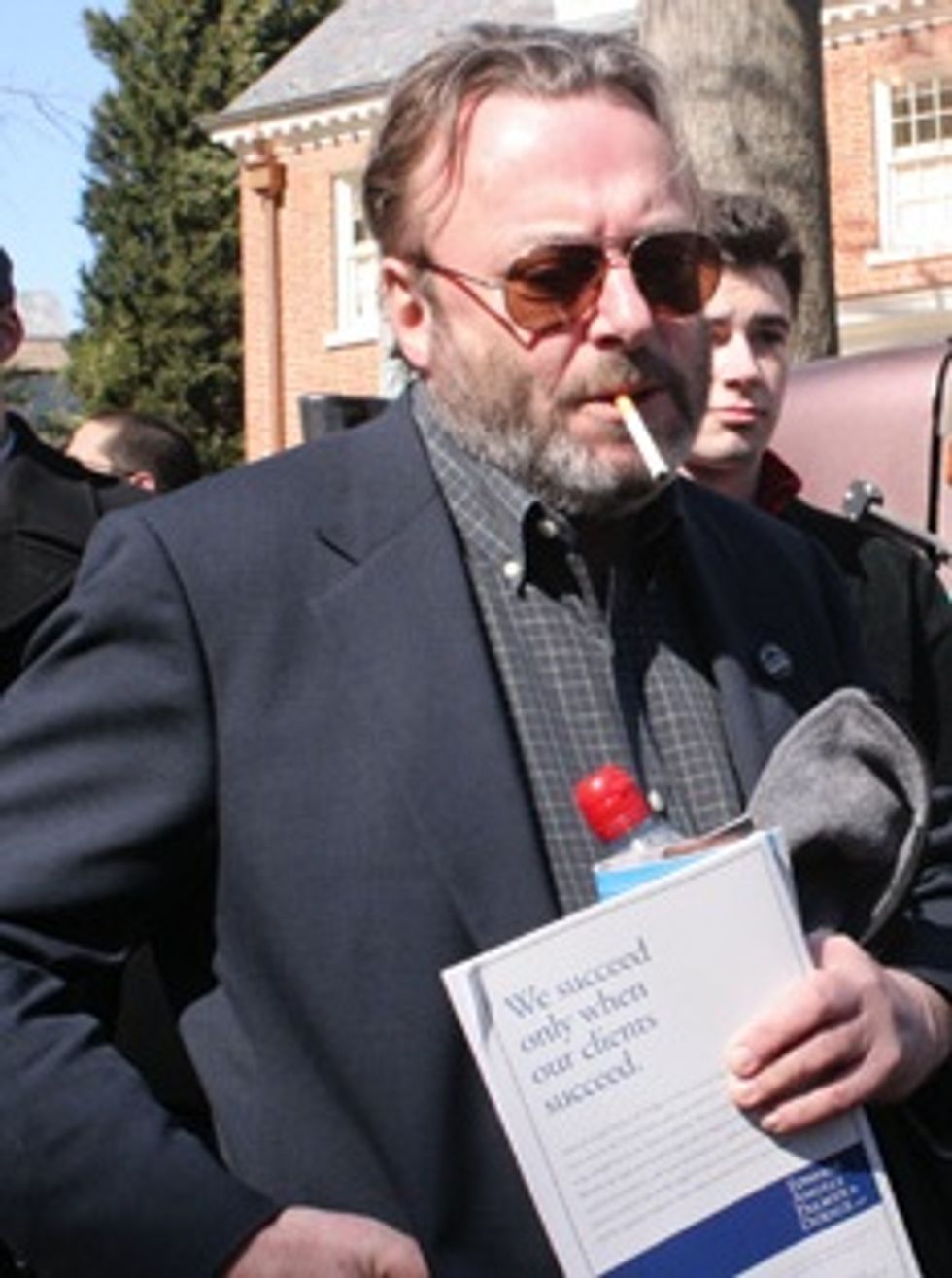 Here's some Hot International Gossip that's just weird enough to be true, because it's about Christopher Hitchens drinking while on assignment in some Foreign Land, so it's already 100% credible: The beloved Washington journalist was supposedly out for a night of boozing in Beirut when he chanced upon a political propaganda poster from the not-so-beloved Syrian Social Nationalist Party, the right-wing turned left-wing turned pain-in-the-ass Syrians always fucking around with Lebanon. Obviously, Hitchens needed to deface this poster, while some SSNP thugs were watching from across the street.

Hitchens, whose political views are about as steady as the SSNP's, was reportedly out for a night of Journalistic Research when he came across this too-tempting poster and was compelled to scrawl "Fuck the SSNP." And then he (reportedly!) got his ass kicked.

We now consult the Abu Muqawama blog, which is seriously the greatest blog we've ever encountered, because the writers and commenters all sound like weird intellectuals with Oxford educations and detailed information on the Beirut bar scene:

This story has now been confirmed. Look, it's widely known that since the May 2008 events the SSNP guys have behaved like thugs in Hamra (where the ass-kicking took place). But seriously, would you roll into East L.A. and start writing over gang signs? I mean, is that smart? C'mon, Brother Hitchens, we're rootin' for you, but have a little walkin' around sense. He was probably at De Prague. Where the wait staff is, like, 90% SSNP. Abu Muqawama's Top Three West Beirut Watering Holes: 1. Barometre (cheap arak, great fattoush); 2. Captain's Cabin; 3. Danny's. (In response to a reader, the great Chez Andre closed sometime a little over a year ago. That hole-in-the-wall was great.)

Hitchens is apparently alive and well and drinking as usual, but with a limp.

"On the bright side," an anonymous commenter adds, "Isn't this a sign that things are improving in Lebanon? An irritating foreigner defaces a poster and gets beaten up -- not shot, knifed, or 'disappeared.'"