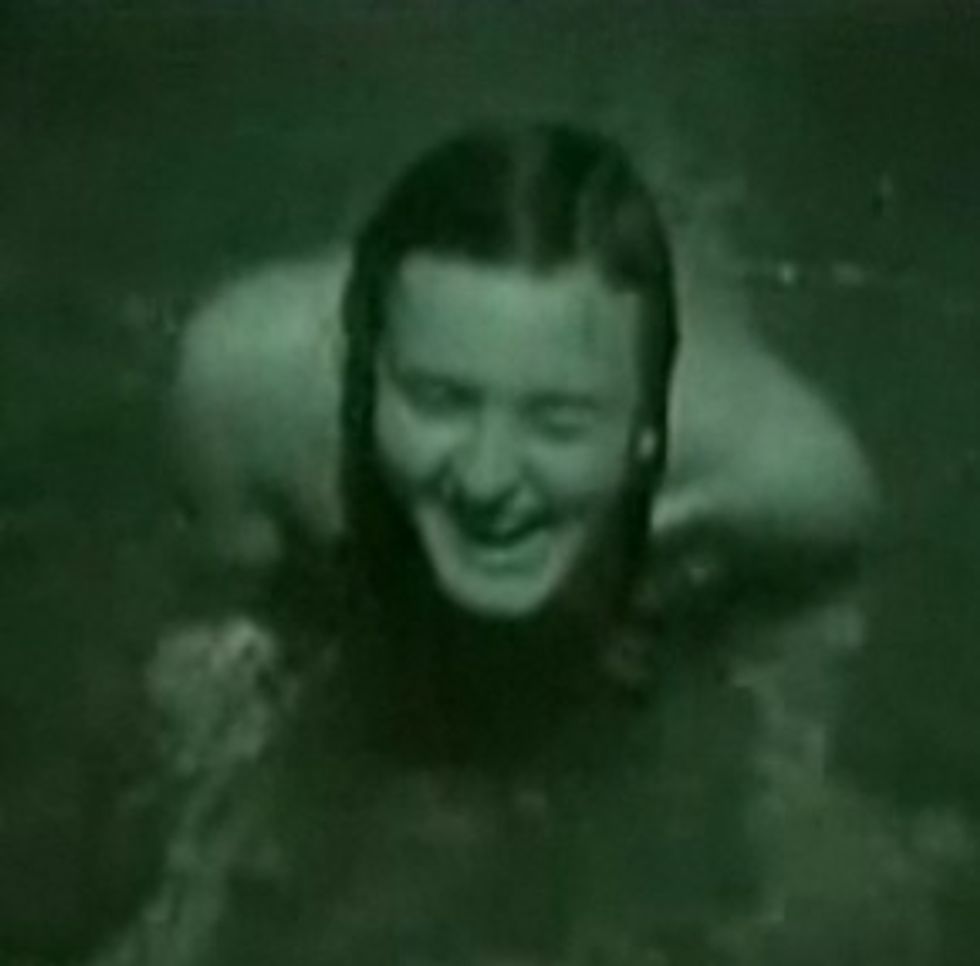 If you could dig up German cutie Eva Braun and somehow make her alive again, like she was in the glamorous 1940s when she didblackface show tunes for boyfriend Adolf Hitler, then America might just have the one woman who could finally become president of America. Sorry Sarah, but you're not sexy enough! Also, god, that voice. Even Nazi German sounds better than your weird chalkboard/Minnesota/realtor cackle. Anyway, there are a bunch of newly rediscovered Eva Braun photos, wearing blackface or wearing nothing at all, doing crazy yoga on the beach and partying with some gay dudes. Can you imagine such a creature, alive today, in America? She'd have a four-hour block of prime-time programming on Fox and Animal Planet (she loved dogs!), and this would compete with a three-hour block of Dancing With the Star, with the "star" being Eva Braun. She would get her modern-day boyfriend (Roger Ailes? Glenn Beck? George Allen?) to fire everybody who complained (good-bye NPR, hello "Eva World Service"!) and also to round up the Jews. But still, she was "socially liberal," with the nudity and the gays and "art crowd" and the "show people," so good-bye to that Obummer character and hello to a lady who can do any black show tune you can name!

President Eva Braun will promote Hitler's health regimen (except for his nanny-state anti-smoking crusade, because a girl needs her nicotine) and all American children (not sent to death camps) will soon be trim, blonde-haired specimens of Physical Culture. Tea Party people didn't like hearing about this stuff from Michelle Obama, but the whole concept will be made "more attractive" when packaged with racism, antisemitism and genocide. Sadly for teabaggers, Eva Braun's America has no room for 400-pound diabetics on mobility scooters, either. But Eva Braun's Death Panel Variety Show will at least make this cull an entertainment spectacular.