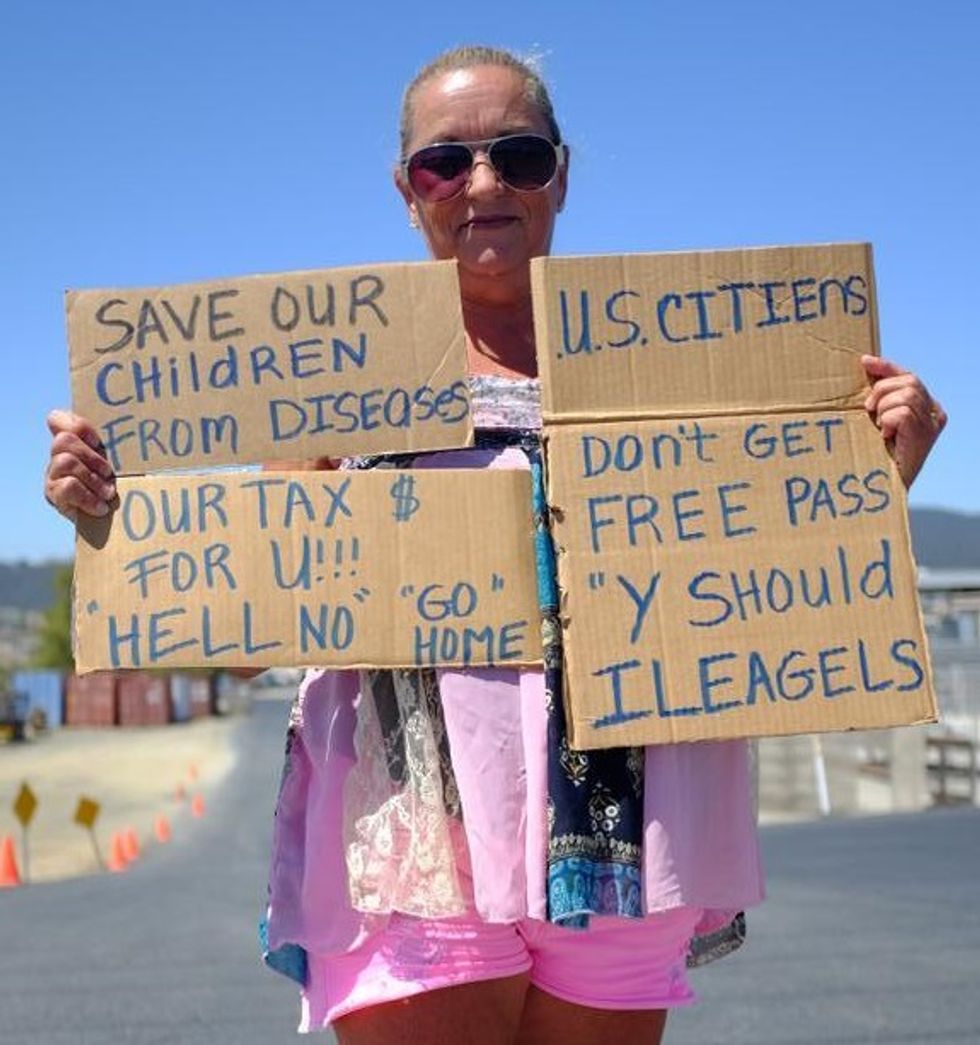 She's got to be thrilled by this one

Homeland Security Secretary John Kelly has good news for the rabid xenophobes who want all the brown people to go away: Last night, he announced DHS would rescind an Obama administration policy -- never fully implemented because of court challenges -- protecting undocumented parents of U.S. citizens from deportation. The announcement was met with great approval from the sort of people who jump into comment sections to clarify that "undocumented migrant" is just the liberal media's word for ILLEGAL ALIEN.

The policy was one of two Obama orders on deportation priorities that Donald Trump had promised to undo; the other, the Deferred Action for Child Arrivals program, or DACA, remains in place for now, and allows people who were brought to the US as children to apply for work permits. The order Kelly wiped out, Deferred Action for Parents of Americans (DAPA -- and why can't Democrats come up with catchier names?) was a follow-up order that would have allowed some four million parents of children born here to stay in the country, and would have expanded the number of young people afforded protection under DACA. So now we can look forward to the spectacle of families being torn apart, just like Donald Trump said he'd hate to see, but you know, we have to be tough, because the law is the law and no one who breaks the law gets a free pass. Unless it's a law Republicans don't like -- then, even investigating it is a witch hunt.

Donald Trump Is The Greatest Constitutional Scholar, He Is Really Terrific

DAPA had been challenged in court by Texas as soon as the Obama administration tried to put it in place, and Thursday was the deadline the judge had set for the parties to come up with a schedule to resolve the case. Instead, Kelly solved the whole problem by making the policy vanish altogether, since, as the DHS website explained, there's “no credible path forward” in the courts. Especially not in an administration that wants to deport everyone it possibly can. Deporting some parents of anchor babies is nothing for the guy who thought the 14th amendment is optional.

Kelly was careful to say DACA would remain in place, at least until it doesn't:

“This rescission will not affect the terms of the original DACA program as outlined in the June 15, 2012 memorandum,” the department said online. Kelly said he made the decision after consulting with the U.S. attorney general.

The timing, of course, couldn't be better -- while that court deadline seems to be the main reason for rescinding DAPA, it had to have given the administration and its base (the most base base) a certain knife-twisting thrill that Thursday was also the five-year anniversary of Obama issuing his DACA memo.

“They chose the fifth anniversary of DACA to do this,” Cecilia Munoz, a former senior White House staff member under the Obama administration, posted on Twitter.

Rightwingers certainly appreciated the gesture, although they're still likely to fly into a rage when they hear a phone menu allowing people to press Ocho for the Español and they still want their country back. Tom Fitton, president of wingnut group Judicial Watch, took a moment away from calling for the elimination of the "unconstitutional special counsel" to celebrate and complain:

This latest step in advancing the New Cruelty must be pretty satisfying to the Deport Everyone crowd, who want all law-breakers sternly dealt with until they get a speeding ticket. We bet this lady shouting "Not our kids, not our problem!" has a warm feeling in her All-American heart:

DAPA would have protected some four million people, and now we can shift money that would have been wasted on schools and roads to the important business of rounding them all up, so everyone will have a job again. The next to go has to be DACA, which protects a much smaller number of people -- about 750,000 -- obviously a huge criminal horde which does terror to us by leaving their wallets in their cars when ICE scoops them up.

Oh, sure, Trump has made gestures toward what he's been told is empathy for DREAMers, like when he said in a January interview that DACA kids "shouldn't be worried" because after all, "I have a big heart." But if his administration keeps running into scandals, it might be necessary to rescind DACA, too. The Altar of Rightwing Poll Numbers demands frequent offerings of fresh red meat.

Yr Wonkette is supported by reader donations. Click the "Donate" linky below or we may have to rat you out to La Migra.