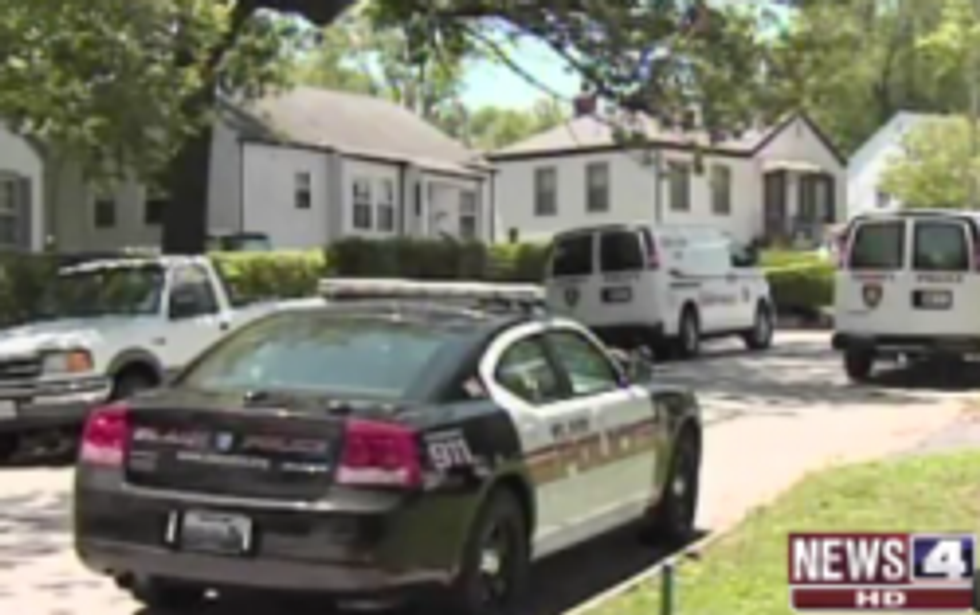 When a person is forced to leave his home because, probably, he was unaware that he was being ripped off by Fannie Mae, the authorities sometimes have to take it upon themselves to eradicate said homeowner like so many elusive cockroaches. In the case of Bruce O'Rando from St. Ann, Missouri, police decided to tear gas the 51-year-old man out of his home. O'Rando barricaded himself in the house, and once tear gas was brought into the mix, he began firing at police officers. The officers fought back, shooting the man in the elbow, maiming him to such a degree that they could successfully remove him from the house and take him to a hospital. Now we're going to realtor Mark Harder to get a local's perspective on this shiteous situation. Harder: "I guess he wasn't too excited about the HUD cash for keys program...or maybe he wanted more cash from his keys." OK, never mind, get this guy out of here.

According to St. Ann TV station KMOV, Fannie Mae apparently began the foreclosure process on this house back in March. The man lived alone and was employed as a fence builder "but for some reason stopped making mortgage payments," like maybe because the terms of his mortgage had mysteriously changed? And his mother had recently died. O'Rando is now both evicted from the home he'd lived in his entire life (that is to say, he's homeless), and he's been charged with felony possession of a handgun, three counts of "armed criminal action," and three counts of first-degree assault on a police officer. Well done, St. Ann PD!

Harder, of Prudential Alliance Realtors, took to Facebook to say how he really felt about the matter. Someone "friends" with Harder had the decency to respond, all-caps steez, with this, sharing our sentiments exactly:

REALLY? YOU HAVE A LOT OF NERVE. YOU PROBABLY MAKE BOO-COO MONEY OFF PEOPLE LIKE THIS.

UPDATE: A story in the St. Louis Post-Dispatch quotes O'Rando's brother as saying that O'Rando isn't actually the owner of the home at all, that he was just squatting there. But this hasn't been confirmed by anyone else.

[KMOV via our tipline]