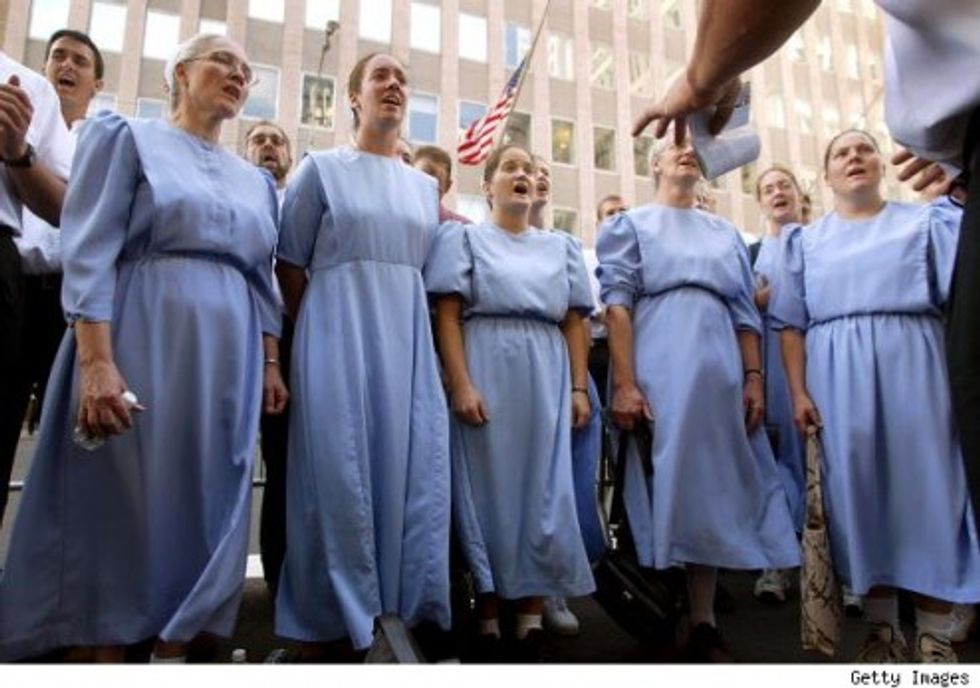 A 17-year-old Virginia girl said she was kicked out of a prom for homeschooled teens because she aroused “impure thoughts” in some adult male chaperones. [...]

The Richmond teen said one of the women who organized the prom checked her dress and she showed her that it met the “fingertip length” requirement. [...]

The same chaperone who had checked her dress then pulled her aside while she swayed to the music and talked to her friends.

The woman told her that some of the fathers who volunteered at the event thought her dancing was “too provocative” and could provoke “impure thoughts” in boys at the dance.

We need to go choke on our vomit now, be right back.

Okay, first of all, ew. Second of all, EWWWWW! Listen, homeschooling dads of Virginia, we understand that it is very hard (heh, GET IT?) to look at those hot underage girls promming it up in their regulation-length prom dresses without wanting to do impure thoughts to them. Just because you homeschool your children -- presumably to teach them about the virtue of ignorance, the hoax of science, and the lies of history, and to protect them from the nasty outside world where your precious offspring might be exposed to sex, drugs, and devil's music -- does not mean you aren't human. And really, what kind of dad doesn't look at his kid's peer group and go, "Mmmmmmm, I want me some of that"?

Clare asked Richmond Homeschool Prom to refund her friends’ tickets and “issue an apology for kicking me out of my senior prom because their husbands felt as though my body was something they had a right to control.”

“I’m not responsible for some perverted 45-year-old dad lusting after me because I have a sparkly dress on and a big ass for a teenager,” she concludes. “And if you think I am, then maybe you’re part of the problem.”

Hot damn and hells yeah, and you go, girl. We hope Clare gets the money back for her friends who left with her in sisterhood solidarity, a big fat public apology from the Sad Housewives of Richmond, and, just because she is so awesome, a pony that farts ice cream sundaes. And Clare? You can prom it up with us any time.