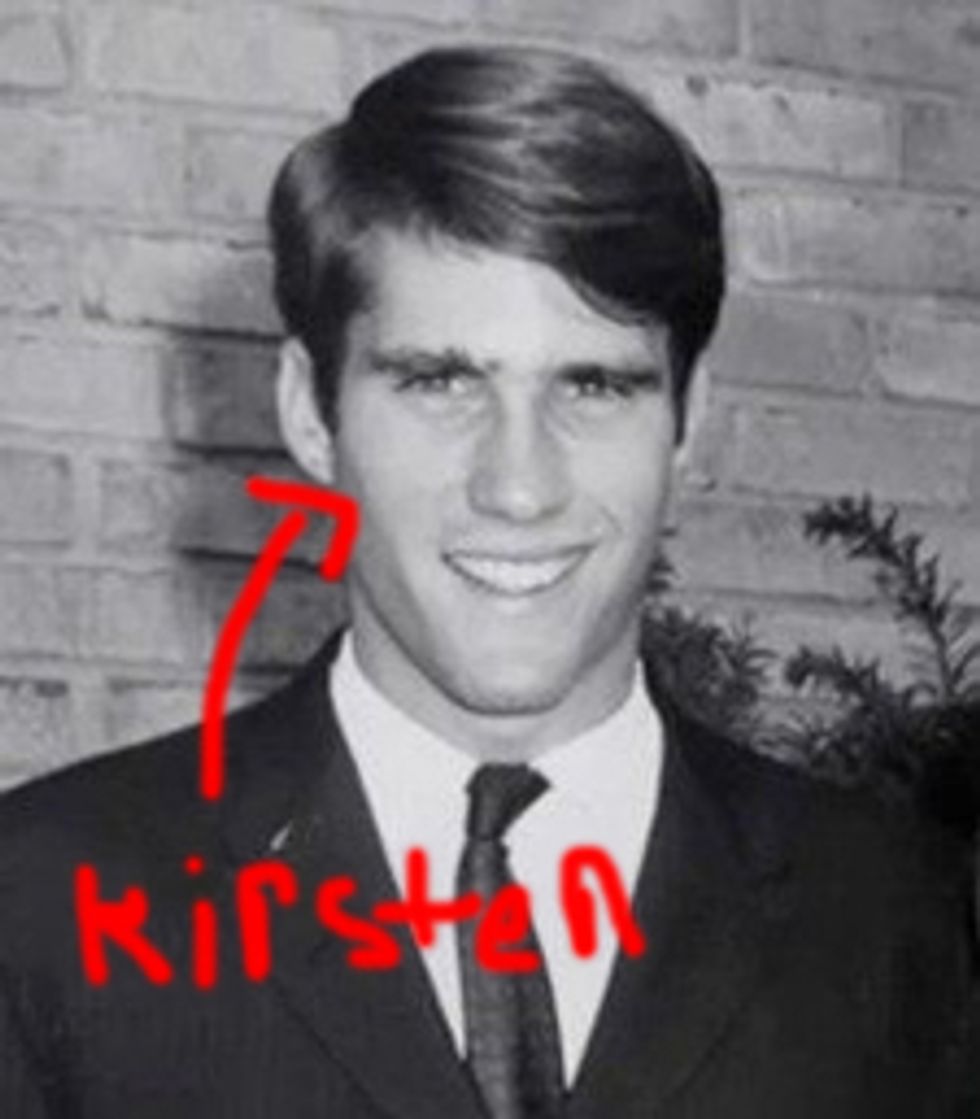 Yesterday we learned all about how young Willard "Mitt" Romney used to terrorize gay people with scissors during his time at the Cranbrook Boarding School For Youths Of A Certain Gentility. And then our own Kirsten Boyd Johnson was like, "Oh yeah I went to Cranbrook." Jesus Kirsten, ABOUT TIME YOU SAID THAT much? Anyway, here is our revealing (-ish) interview with her about crashed Porsches and stuff.

Wonkette: Kirsten, you attended Cranbrook several decades after Mitt Romney did. What was he like?

Kirsten: Yes sorry, just as a warning my Internet is going in and out with a lot of frequency because the wifi receiver on my computer is made of toothpicks and marshmallows.

So you're saying Mitt Romney was a computer.

A poorly made one, very cheap. He used to steal grease from the fryer traps in the cafeteria. I really need a new computer. Where is Mitt Romney when I need him nowadays?

Yes, where is he? You should know. We're assuming your father is Mitt Romney, since no one else can afford to send their children to Cranbrook. If not, how did you pay for this place?

That's a true thing, Jim. I am one of Mitt Romney's secret children. Haven't you noticed that I'm blond, like Ann, who also went to Cranbrook? It all adds up.

Is there a painting or auditorium or field or whatever named after Mitt Romney, at Cranbrook? We could google this, but instead we'll ask you, and maybe you can google it.

I named some of the swans that live in the campus lake after him one time. Three of them. The school has its own swans! Those are the only official school items named after Mitt Romney.

No. Only my gay best friend at Cranbrook made fun of me every day for a year after I permed my hair. But he did not cut it off, unlike Mitt Romney.

Oh god, you had a gay best friend. Let's hope he wasn't able to graduate. Now tell us the funniest story you recall about one of the rich preppies doing an asshole rich preppy thing.

I was once told by a rich schoolmate that I could not have a ride back to campus in winter because this person had to go brush a horse instead.

Yeah, Tagg would definitely call his dad over so don't reveal his name. So to wrap things up, a two-part question: (1) Did you like Cranbrook? (2) Is there an actual "brook" that's red because of "cranberry juice" but is actually the blood of murdered gay teenagers? (3) Why aren't you a lawyer instead of writing for some shitty website? (FULL DISCLOSURE: "Jim Newell" also went to a prep school but you are not allowed to interview him about this, ha ha.)

1. Yes, I loved it. (Please do not murder me, alumni office people.) 2. No, they just bury their bodies beneath the Greek Amphitheater in the campus woods. 3. Are you secretly my grandmother, Jim? She asks me this all the time.

Ha ha, that would make you Mitt Romney's mom.