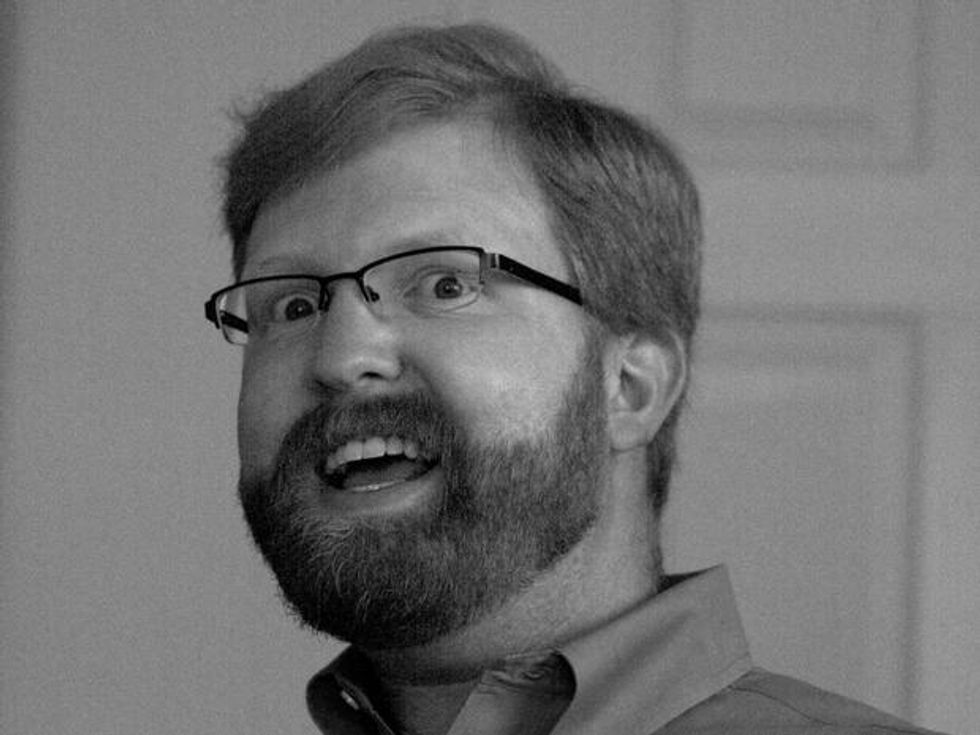 People (mostly liberal elitists) were a little disappointed when the Guardian announced that Redstate.com cofounder and former George W. Bush speechwriter Josh Treviño would be joining its team of U.S. columnists. This is because back in June 2011, as unarmed activists (including the novelist Alice Walker and Holocaust survivor Hedy Epstein) set sail on a flotilla to protest Israel’s then-four year blockade of Gaza, Josh Treviño tweeted that he would be TOTALLY COOL with the IDF killing Americans aboard because Free Gaza Flotilla participants "adhere to our enemies." But see, all these excitable liberals can chillax because he didn't MEAN it; all he MEANT was that the Free Gaza activists were actively helping arm terrorist groups so if they did happen to get shot by the IDF, everyone would probably be ok with it, so what's the big deal? Oh, and by “everyone” he means him, Hillary Clinton, Rick Perry, and “the broad sweep of American opinion.” So can we all just calm down so he can write for the Guardian now?

"Dear IDF: If you end up shooting any Americans on the new Gaza flotilla – well, most Americans are cool with that. Including me."

I realise that this statement left a sizable number of people appalled that I, by their reading, urged the Israeli Defense Force to shoot Americans participating in the second incarnation of the Gaza flotilla.

The Gaza flotilla of 2011 was a follow-up to the first one in 2010, in which a collection of activists sought to run the Israeli maritime blockade of the Hamas-controlled Gaza Strip.

Though [the activists'] proclaimed intent was merely to facilitate movement of consumer goods by sea, those goods already circulate, albeit imperfectly, through Gaza's land borders with Israel and Egypt.

Sorry, quick interruption! Consumer goods did not at the time already circulate with Gaza's land border with Egypt and Israel, imperfectly or otherwise, and had not since the blockade was imposed in 2007, but we'll leave it at that and move on.

The primary outcome would have been the opening of Gaza's port to the commerce of war: Hamas would have been able to resume uninspected seaborne shipments of arms and ammunition from Iran and elsewhere. (The most famous incident in this vein, the Karine A affair of 2002, was merely one of many.)

In this light, the Gaza flotillas sought to render aid to a known terrorist group – and, in my view, its participants were morally complicit in that. Moreover, in these circumstances, Israel was within its rights to prevent the breach of its blockade and to defend itself by force, if necessary, in so doing.

In sum: the activists wanted to deliver humanitarian aid to Gaza, which somehow would have made Israel open the Gaza port to anyone bringing anything through this port uninspected, which means that someone could have subsequently brought weapons through this port without an inspection, and therefore, ergo de facto, the activists were bringing weapons to Hamas,  meaning that they were just begging the IDF to shoot them. Got it.

...So what I intended to convey, then, was exactly what Hillary Clinton, Rick Perry, and the broad sweep of American opinion historically affirms: that US citizens on the Gaza flotilla of 2011 were responsible for their own fate, and that Americans utterly out of sympathy with their de facto assistance to a terror group would not be moved if the worst befell them.

That is what I intended. It is not what I accomplished.

In the ensuing Twitter back-and-forth with multiple outraged interlocutors, I focused on defending the rational integrity of my case – without pausing to consider that it was badly marred by its lack of rhetorical integrity. In succeeding, to my mind, in the sphere of argument, I missed the point: which is to succeed in the sphere of communication. Winning a process victory means little if no one else is convinced. My approach was tailor-made for the Romney campaign, perhaps, but not for the real world.

Instead, the widespread impression has arisen that I actively urged the IDF to shoot Americans, that I welcomed their death, or that I hoped for that outcome. Nothing could be further from the truth.

Exactly. What he INTENDED to say wasn't what he said, which was "Dear IDF, if you end up shooting any Americans on the new Gaza Flotilla -- well, most Americans are cool with that. Including me" because "they adhere to our enemies." He MEANT to say that the people on the Free Gaza Flotilla were actively aiding terrorists and therefore DESERVED to be shot because Israel has a right to defend itself. This is entirely different! Also, he focused on rationalizing the killing of a Holocaust survivor and Alice Walker instead of winning the argument, and ok, so that part was his fault but it doesn't mean he WANTED the IDF to shoot Alice Walker and the Holocaust survivor; just that they were practically BEGGING to be shot by making Israel allow Iran to ship weapons to Hamas after they were done delivering humanitarian aid. Anyway he’s SORRY, ok? Not for his ideas, but for the way he said the ideas, so NOW is it OK with you liberals if he writes for the Guardian?