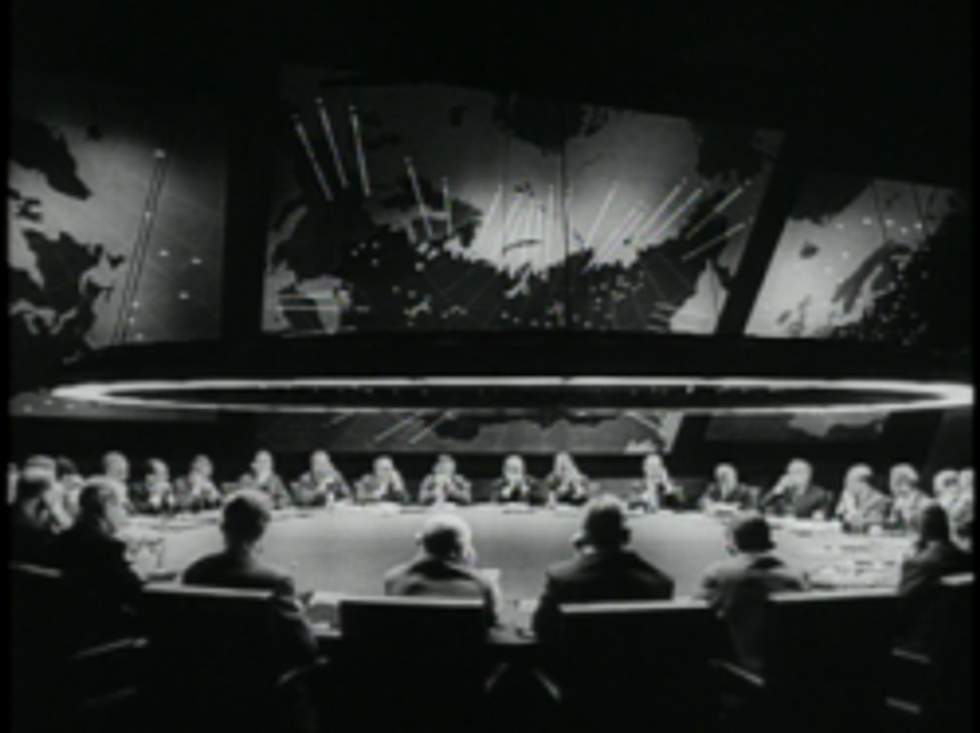 The House of Representatives thrust 299 irate middle fingers into the air in response to military leaders' claim that the United States does not need yet another missile interceptor site with a vote Friday in favor of authorizing $100 million to start planning for an East Coast missile defense system that U.S. Northern Command and North American Aerospace Defense Command General Charles Jacoby has spoken of with such ringing endorsements as, “Today’s threats do not require an East Coast missile field and we do not have plans to do so.” Yes, well. Either Congress will spend this money on plotting a multibillion-dollar dream force field against Iran's imaginary long-range missile arsenal, or some silly children can have their dirty food stamps. "And no one wants that!" thundered all the puffy middle fingers in a voice filled with pique, meaning the food stamps.

So why does the House want this missile field so badly, since the Pentagon is already having fun building mammoth missile defense fields all over Europe, Israel, the Persian Gulf, the moon, et cetera? Let's have a peek at some of the top secret intelligence they're using to make national defense decisions:

[House Strategic Forces subcommittee chairman Rep. Michael] Turner cited Obama’s “hot mic” incident with in March with then-Russian President Dmitry Medvedev in claiming that Congress had to push forward on missile defense because the president was not.

Good reason! Barack Obama must be punished for quietly explaining to his Russian counterpart that Congress is too insane to allow him to work on arms reductions initiatives during an election year, shame on him.

What else made it into this defense authorization bill that a bipartisan majority passed 299-120? Let's see... "The House ultimately supported current law that allows the government to indefinitely detain [terror] suspects" ... "language that would limit [the president's] ability to cooperate with Russia on nuclear weapons issues or reduce the nuclear stockpile" ... "the bill requires a minimum of 68,000 troops in Afghanistan through 2014" ... "an amendment that replaced the first year of the sequestration cuts — more than $50 billion to the defense budget — with discretionary cuts that were included in [Paul] Ryan's budget" and on and on and on.

So nice of this House of Representatives -- it's almost like they thought you needed a pretext to start drinking on Friday afternoon. [The Hill]