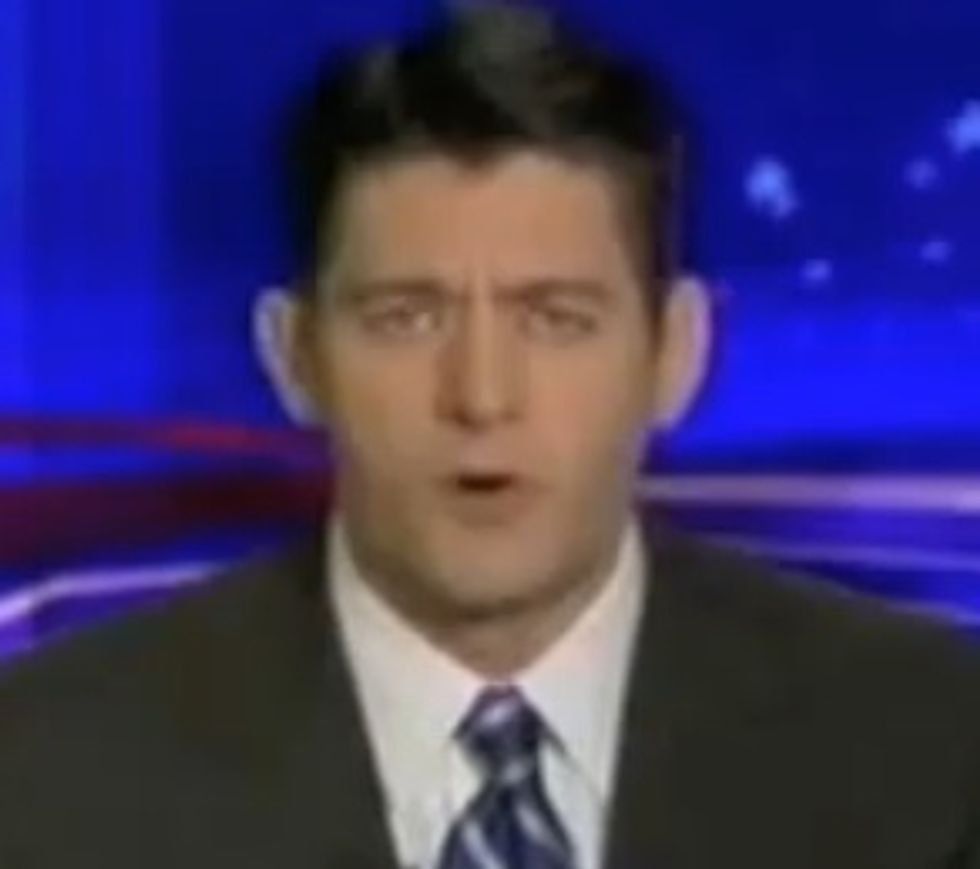 This is why politics in all its forms is permanently terrible and you should go read a fishing blog or play Angry Birds or something other than readingthis crap for all eternity: "House Republican freshmen admit that their so-called 'MediScare' attacks on Democrats helped them win a big majority in 2010. Democrats had voted for the health care law, which included $500 billion in 'cuts' to Medicare — primarily slashing overpayments to private insurers — and Republican challengers never let them forget it. Now, they say, it's time to let bygones be bygones." Yes, according to House Republicans, it's time to "hit the reset button!" Don't copy somewhat devious political tactics that worked for their political party! No fair!

On Tuesday, Kinzinger and 41 of his colleagues sent a letter to President Obama, asking him to rein in Democratic attacks on GOP members who voted for the House budget, which includes a plan to privatize Medicare and cap spending on the program.

"We ask that you stand above partisanship, condemn the disingenuous attacks and work with this Congress to reform spending on entitlement programs," the letter reads.

Partisanship is what political parties do. It's why they exist. And it never ceases to amaze us how one side is UTTERLY SHOCKED that the other side would deign to launch the same sort of attack they themselves do.

What are Democrats going to do next, start accusing their opponents of being secret illegal Mexican communist Muslims? No, they're too pussy to be that disingenuous. But according to Republicans, they shouldn't be allowed to make any kind of political tactics the GOP themselves used just months ago. [TPM via The Awl]