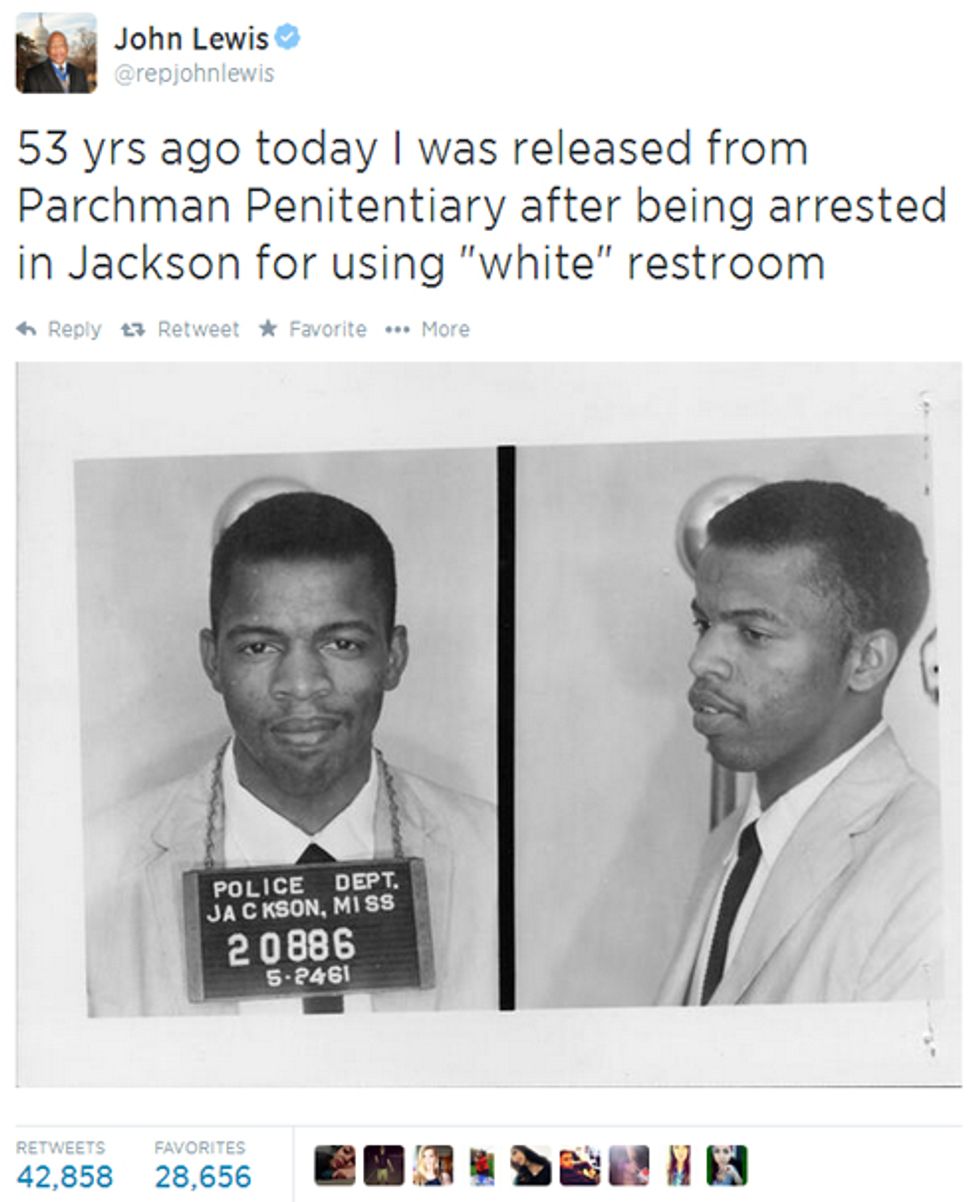 Here's your exciting House Republican Conference video of the day, and boy oh boy are we looking forward to seeing the results of THIS contest: the House GOP is doing its annual Social Media Contest, pitting members against each other in using the Twittosphere, Faceplacegram, and InstaTubes. The winner will be whoever gets the highest total score,

based not just on followers -- a statistic POLITICO recently reported can be easily padded -- but also on retweets, likes and comments.

What! Politico recently learned that social media numbers can be faked? The deuce you say!

The video is pretty darn creative, with clips from Braveheart and The Star Wars Prequel That Had Jar-Jar and a cute thing of The Lion King only with Darrell Issa's face, and... wait a goddamned minute! Something looks a little familiar here...

Yr Dok Zoom did a quick-n-dirty MS-Paint illustration for a story back on July 22, 2013, about Ted Cruz's dad saying that God wanted him to be Preznit:

And here's a screengrab from the House GOP video:

Politico says the video was produced by "Aides to House Republican Conference Chair Cathy McMorris Rodgers," so at least we know that she has some Wonkette readers on staff. Hi, guys! And OK, sure, you know how to actually do COMPETENT video editing, we'll give you that; we're just happy to know that you get your ideas from a far-left liberal mommyblog, recipe emporium, and My Little Pony fanfiction repository (coming soon --don't tell Rebecca; it's a surprise).

We can hardly wait to see what other abominations this little contest produces. Here's a prediction: Louie Gohmert tries some Armin Shimerman cosplay:

On the Democratic side of this little shindiggity, Rep. John Lewis is blowing away the competition by tweeting "pictures of me getting out of jail after being arrested for using a white bathroom," as if that is EVEN FAIR. We believe the Daily Caller calls that "race hustling."