House GOP Will Return Dignity To Poor By Starving Them 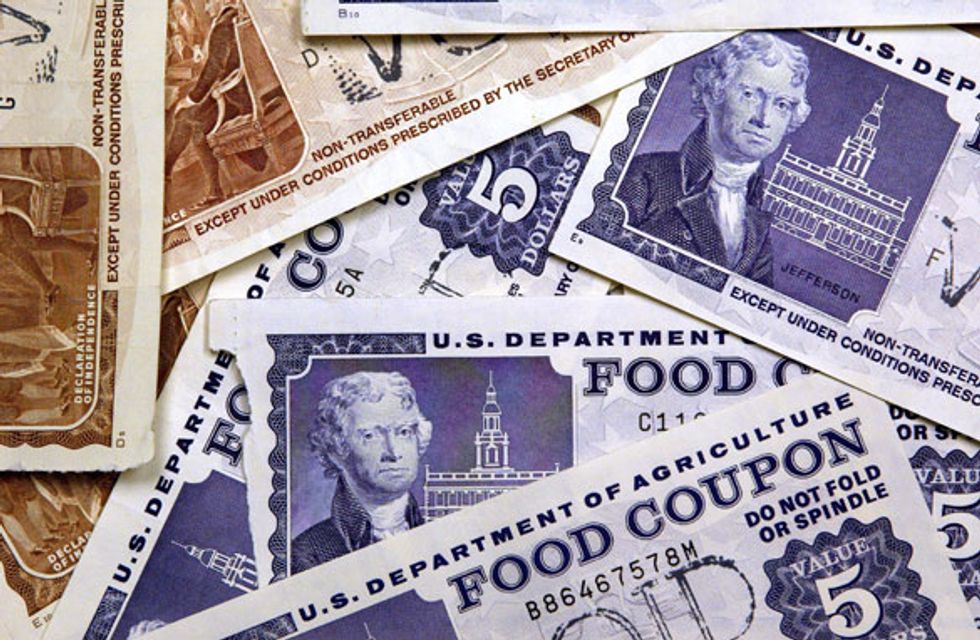 In their never-ending quest to prevent the safety net from catching actual poor people, the House GOP is once againtaking aim at one of its favorite targets -- all of the Food Stamps. Invoking Track 4 of their Greatest Hits, the GOP seeks to cut the SNAP benefits, but obviously for the recipients' own good. Bush crony and Texas Rep. Mike Conaway (R-Fossil Fuels) is running point with all of the Bootstrap Bluster we’re used to hearing regurgitated from Republican congressmen who barely work.

[A]s the son of a roughneck on oil rigs, he said he favors the kind of hard work that “built America,” suggesting any changes will lead to a smaller program and fewer recipients.

“A family that depends on their own work is more secure,” he said in an interview. “There’s a dignity in taking care of yourself.”

“The kind of hard work that built, America.” Mark the date, Wonkpadres. Mike Conaway possibly comes out in favor of slave labor, something that coincides nicely with his 2007 "No" vote against increasing the minimum wage to $7.25 per hour. The virtues of "work" are more dignified when there's not a still-unlivable baseline imposed by heavy-handed feds.

Of course, Conaway’s shaming of SNAP recipients doesn’t apply to constituents aided by legislatively connected farm subsidies because Real Americans don’t plead and suckle, they extend an open palm with "please, sirs" and "thank you, ma'ams." The hundreds of millions in farm subsidies to Conaway’s Texas District isn’t really welfare but more of a reimbursement for expenditures of patriotism. Similarly, Conaway's support for government handouts to Big Gas and Oil should be looked at a necessary investment -- like a sort of Carbon Powerball.

Conaway exhibits all the lack of self-awareness we’ve come to expect from the poor's chief villainizers. Never mind rising food prices. Never mind that American worker productivity continues to rise off the charts despite lower unemployment and stagnant wages. Never mind that 43% of food stamp recipients actually work. Never mind that 60% of SNAP recipients are children and the elderly; they should probably be working or processed into soylent gruel for other Food Stampers. The House GOP has seen the enemy, and it’s the $9/hour Walmart employee climbing a ladder to grab you a gallon of mayonnaise.

Also under consideration are cuts to the average $125 per month windfall that each SNAP recipient receives. This totally provides enough for three meals a day for 30 days and then enough left over to get into all the gambling and booze and drugs and hoodies that only the poor partake in. Pay attention, working poor of America: Your free ride of working two shitty jobs while receiving minimal government assistance so your family can eat something is coming to an end. Well, maybe just the "eating" part.