'House Hunters' And 'Fixer Upper' Are The Opiates Of The Masses. AND THAT'S FINE BY US 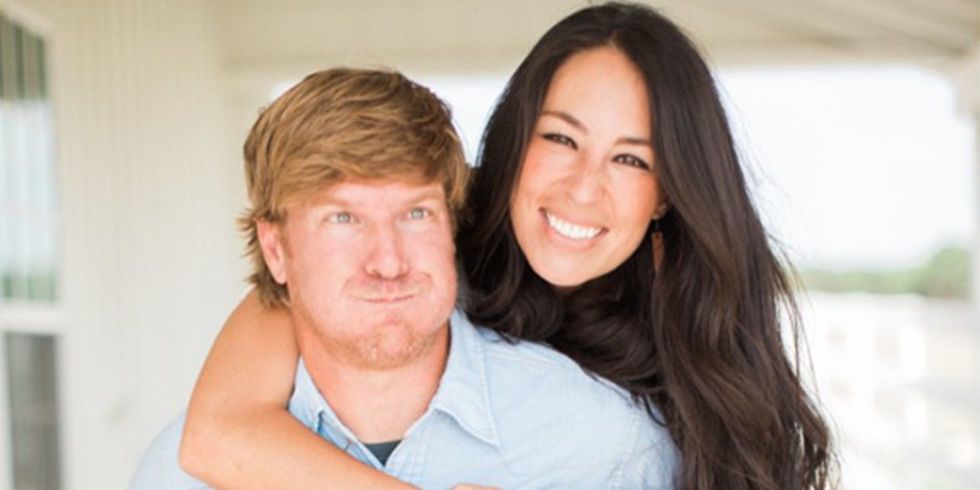 Home and Garden TV is now the third most popular cable channel after ESPN and Fox News. It beat CNN. It beat The Murder Channel. It beat Those Hallmark Christmas Movies That Make Us All Feel Bad For Not Being Wives Who Know They're Women Or Something Gross Like That Ugh So Trumpy. It beat ... whatever other channels there are, I don't know, I do not watch them, because I ONLY WATCH HOME & GARDEN TV AND MAYBE SOMETIMES NEW GIRL OR BROOKLYN 99.

It's not just me, either. Your brother-in-law cannot get enough of Chip and Joanna, and has thoughts on whether that Buzzfeed story on their anti-gay pastor was kosher or not. He thinks Joanna is pretty tasty, and wishes his wife was more of a hustler and had 18 businesses like she does. (He does not care for the canoes made out of straw she fishes out of her hoard to hang on people's living room walls.) Meanwhile, his wife wishes your brother-in-law was as goofy as Chip -- goofy like a FOX! Chip acts all dumb and "I'm just a caveman" but is no slouch either when it comes to getting couples coming and going. And they LIKE IT! "Oh rob me, rob me!" they say, while they expose their soft underbelly. And off he goes to buy his wife a new goat.

Your mom loves that tiny little spitfire on "Rehab Addict," who does SUCH A PRETTY JOB and has such a good ethic about reusing everything and making old things beautiful again. And man, she really gets in there with the elbow grease! Is she banging that cute young carpenter, your mom wants to know?

Your dad likes to yell at all the Millennials on "House Hunters" who seem to be truly offended by a stove that isn't up to their standards, even if the house itself is 50,000 dollars under their budget. YOU CAN BUY A NEW STOVE! he yells at the TV, twice a night.

I AM JUST KIDDING, ALL YOUR FAMILY MEMBERS WERE ME! I don't know if my brother in law really does watch "Fixer Upper," but I know he watches "House Hunters" and has Opinions on Dual Vanities.

In conclusion, CNN can air Donald Trump uncut all day and all night, but I will still be watching "House Hunters International" because I enjoy yelling at people about their priorities, whether they can hear me or not.

Also, too: Yr Doktor Zoom is going to be a radio star on BBC 5's "Up All Night" around 11 PM EST tonight (Wednesday in the USA, insanely early Thursday morning in the UK) as part of their year in review. Let's see if he can refrain from saying "ummm" more than 20 times! (He can't.) Streaming live at http://www.bbc.co.uk/programmes/b0070h86