House Passes Bailout, Now That There's Some Tasty Pork In It 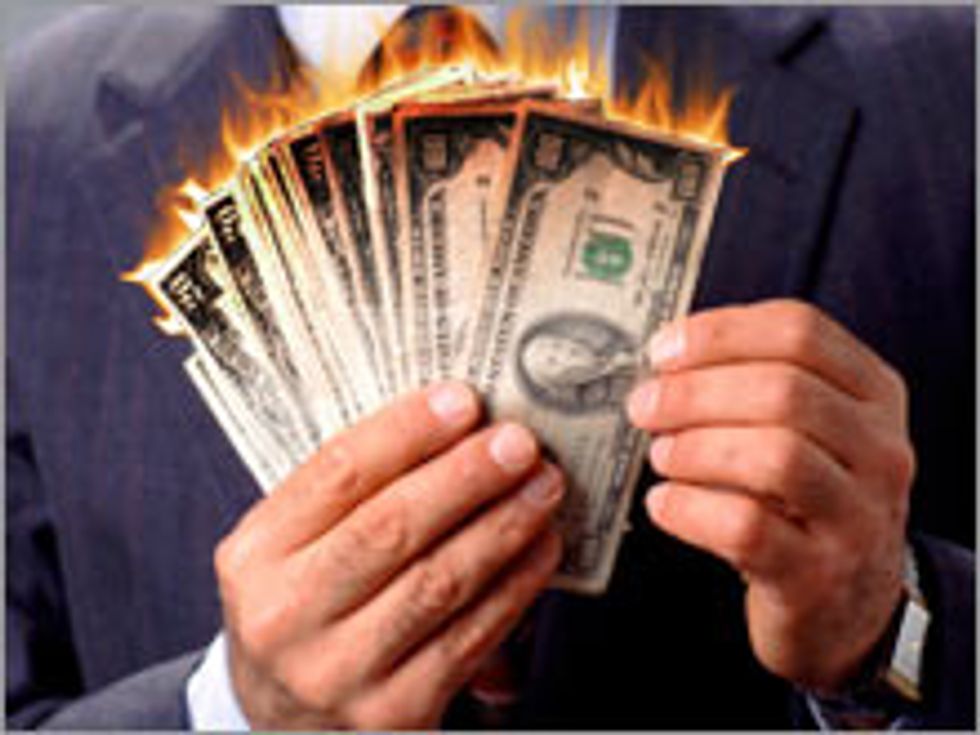 Whoa what is going on here, the wacky bailout bill has somehow passed in the House of Representatives by two million votes, 263-171. Take that, uh, China!...?? Many House Republicans switched from "no" to "yes" because they thought they were voting on a measure legalizing gay sex with pages. Now the bill will be driven in a fat cat limousine down Pennsylvania Avenue to the White House, where George Bush is currently naked and expecting it. A Rose Garden signing ceremony is also expected, during which Hank Paulson will personally light on fire a pyre of $700 billion. But don't worry, he knows what he's doing! The Dow Jones hasdropped several hundred points since the good news came out. [NYT]