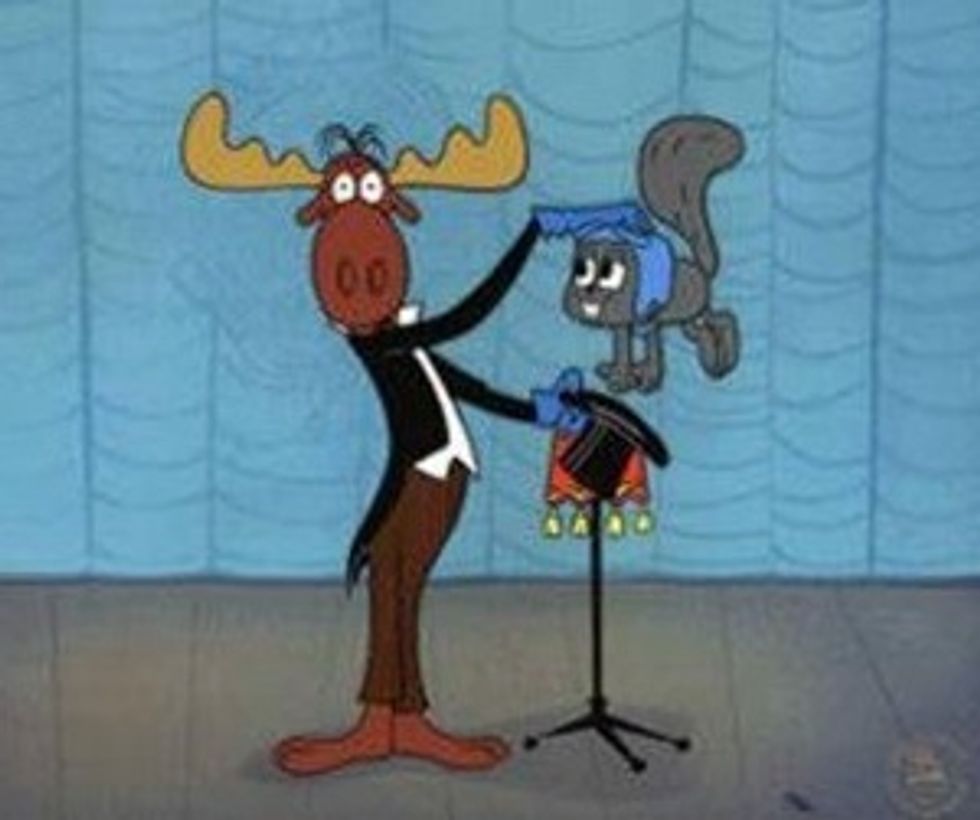 There's a festive mood in Washington as Republicans in the House of Representatives are getting ready fortheir 50th vote to repeal/block/defund/delay/waterboard the Affordable Care Act -- you just can't go wrong with the classics, can you? This time around, the proposal (as if it mattered) would "effectively delay the individual mandate for one year by reducing the penalty in 2014 for not buying insurance from $95 to $0." This variation on killing Obamacare is the brainchild of Kansas Republican Lynn Jenkins, who just wanted her chance to introduce a bill to stop Obamacare too. And since it's an election year, there still have to be a few of the 232 Republicans who haven't had a turn introducing a bill to kill the ACA. That's just math.

What kind of gift do you get for the 50th failing attempt do something, anyway? Gold seems a bit extravagant... Maybe a photocopy of a Goldline ad?

For what it's worth, this will actually be the first formal vote to get rid of Obamacare since the law went into effect January 1, so it is kind of a special occasion; we imagine there will be a lot of reminiscing about some of the other exciting failures to overturn the ACA, and maybe some amusing anecdotes about the fun times Republicans had during the government shutdown, which also somehow failed to keep the ACA from going into effect (but did distract, for a whole week, from the website problems).

Hey, let's see what the R's are saying about this vitally important job-creating bill of theirs, anyway. What brand new features does it bring to the debate, Rep. Jenkins?

"The Simple Fairness Act will give hardworking Americans a one-year delay of the individual mandate tax to provide relief and protect families from this unworkable law,

Well, gosh, that seems like a ducky idea, especially since the ACA is so unworkable that 4 million people have signed up for coverage.

Mean old Barack Obama is failing to take this latest threat seriously enough, because he is a dictator:

""You know what they say: 50th time is the charm ... Maybe when you hit your 50th repeal vote, you will win a prize," he said Friday at a Democratic National Committee event. "Maybe if you buy 50 repeal votes, you get one free. We get it. We understand. We get you don't like it. I got it."

It's almost as if he were just ... taunting them or something! Doesn't this man recognize that literally nobody likes having health insurance?

Talking Points Memo does note that, of the 49 attempts to water down or repeal Obamacare since the Republicans took control of the House, 8 have actually passed in the Senate and become law -- all of which "involved pre-negotiated bipartisan changes such as eliminating the 1099 tax reporting requirement and repealing the CLASS Act long-term care program." So who knows, maybe this latest attempt should only be considered the 42nd doomed attempt against the ACA. And in the meantime, whatever the House GOP was planning to "replace" Obamacare appears to have disappeared without a trace.

Maybe Victoria Jackson could write House Republicans a song to help them celebrate.