House Republicans Aching To Destroy Another Useful Thing, The ACS 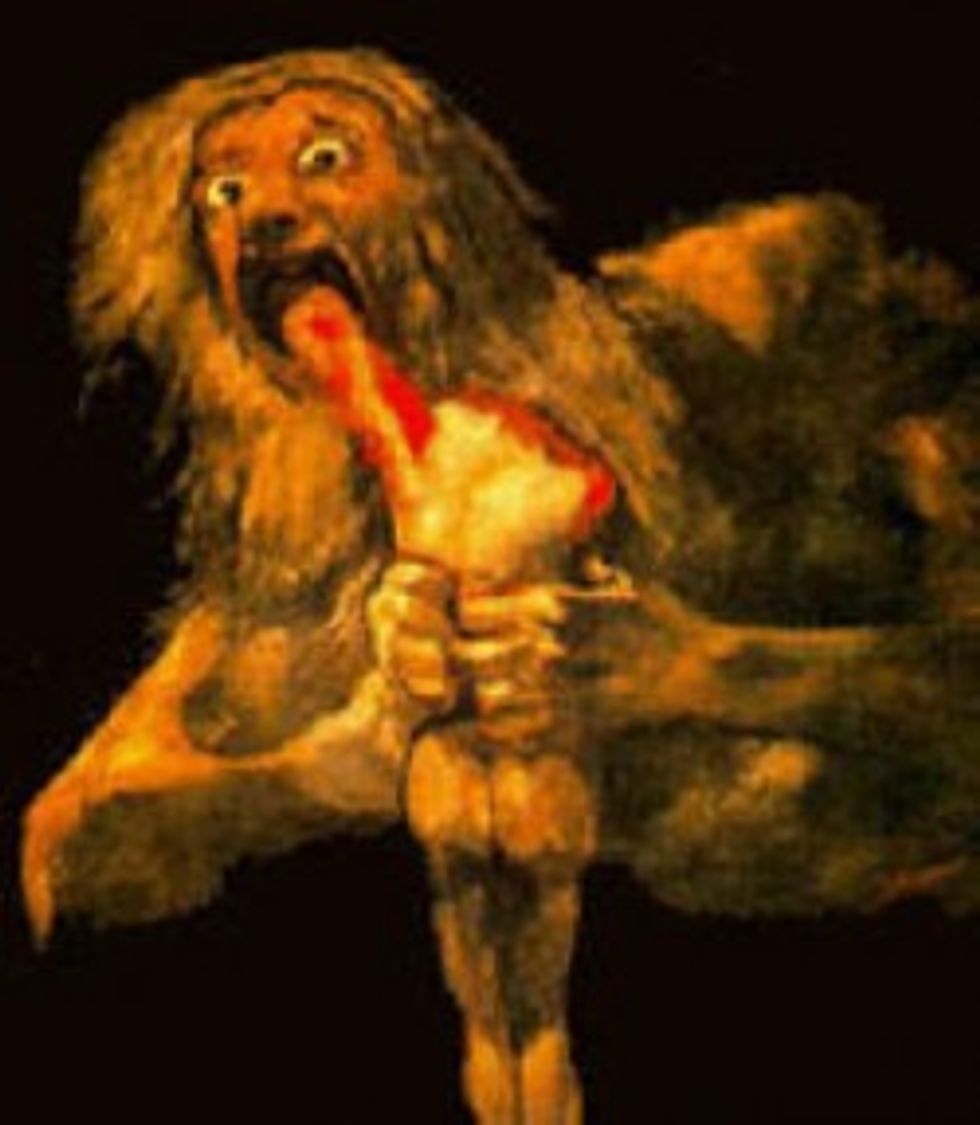 The House passed an amendment Wednesday nightto get rid of the American Community Survey entirely, on Privacy Grounds. Oh, god, you can hear them through your windows probably, fapping about their privacy. The ACS is a mandatory survey with 48 questions that a few hundred thousand people are chosen to fill out each month. The numbers are used to determine federal spending allocations based on changing demographics and consumption trends and whatnot. It is Helpful. There's a fine if you don't fill it out, although the enforcement there is lenient. But since some of the questions ask you about what kind of toilet you have and stuff, this gives Republicans an excuse to say Democrats are watching you poop and so we need to destroy another program. They say it's "Orwellian." (Ha ha, that's from the Weekly Standard, which exists mostly to push through privacy-crushing surveillance bills and make sure as many people as possible are killed and tortured for no reason.)

We've heard this bitching before. In 2010, when Republicans were busy complaining incoherently about that year's Census for political sport and working overtime to confuse it with the ACS survey, famous RedState/CNN thundershit Erick Erickson went on his radio show (they all have radio shows) and explained that if an ACS representative came to his house reminding him to fill out the survey, he would take his wife’s shotgun and “and see how that little ACS twerp likes being scared at the door.” Now, two years later, and here we have Florida's "The Other" Daniel Webster bitching on the House floor:

The House on Wednesday also approved an amendment from Rep. Daniel Webster (R-Fla.) to stop the annual survey altogether, which was approved 232-190.

"Failure to comply with this survey and turn over this personal information is punishable by up to a $5,000 fine," Webster said. "Given the intrusive nature of some of these questions, which are mandatory for Americans to answer under penalty of law, it would seem that these questions hardly fit the scope of what was intended or required by the Constitution.

"We need to ask ourselves whether this survey is worth $2.4 billion," he added, referring to the estimated cost of the ACS over the next decade.

The Census Bureau and supporters of the program argue that the ACS helps the government collect information needed to designed federal programs. The ACS is separate from the census conducted every ten years, which is required under the Constitution.

Hoorah, baby, fuck it. Kill it! Here is a counterargument from Washington City Paper:

Without the ACS, states like North Dakota and Rhode Island—and non-states like our dear District—would have to rely on the (less detailed) data that comes out every 10 years from the decennial U.S. Census.

And, even more importantly for D.C., it collects data on where people work, not just where they live. That means it provides useful stats on the impact of policies in a town like ours, where hundreds of thousands of people commute from Maryland and Virginia to work. The only comparable survey to the ACS is the Current Population Survey—but its sample size is considerably smaller and the data is far less granular.

"Without [the ACS] we really wouldn't have a reliable way to look at income, poverty, and housing costs on the state level," says Jenny Reed of the D.C. Fiscal Policy Institute.

Is there any merit to the privacy claim? Both Reed and Cooper say no. "There's all sorts of privacy controls," Cooper says. "Information is top-coded so you can't identify people."

Yet for whatever reason, we're not so sure that House Republicans will listen to sober arguments like those in the above blockquote and arrive at a more nuanced position than "DESTROY THING!"