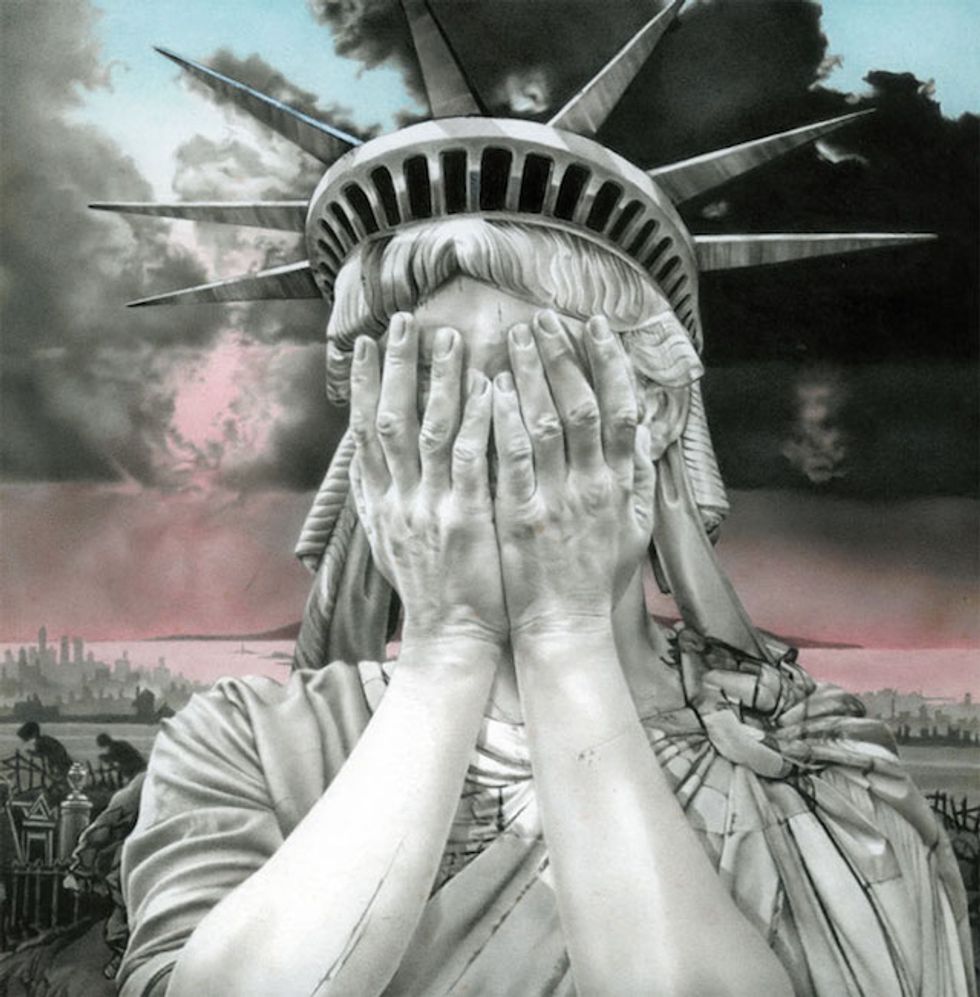 C-SPAN, so informative, so sexy.

You know how that damned President Obama has always been with his executive orders. Declaring that each and every gay atheist Muslim American should have his or her own pony, lawlessly, without even asking Congress who's going to pay for these ponies. Appointing fake "czars" to head up initiatives that probably aren't even legal. Way back in 2014, Obama appointed himself as God and decreed that federal contractors weren't allowed to discriminate on the basis of anything "LGBT," and Thursday, esteemed House Republicans fixed that fucking injustice right good.

Over at Slate, Mark Joseph Stern (one of the good Slate people) explains that in April, GOP Rep. Steve Russell added an amendment to the National Defense Authorization ACT (NDAA), basically negating Obama's lesbogaywad executive order. So Thursday, a Democrat who is also a gay, Rep. Sean Patrick Maloney, offered his own amendment to get rid of the Republican dick's amendment.

And the shit, it hitteth the fan:

Maloney’s amendment appeared destined to succeed as the clock neared zero—with a good deal of Republican support. When the clock ran out, lawmakers cheered; as soon as the Republican legislator sitting in the speaker’s chair brought down the gavel, the amendment’s success would be official. But then something odd happened: The gavel didn’t come down. Republicans instead held the vote open while the leadership persuaded GOP lawmakers to vote against the amendment.

Then, suddenly, the vote count began to shift. A handful of Republicans quietly switched their vote, effectively killing the amendment.