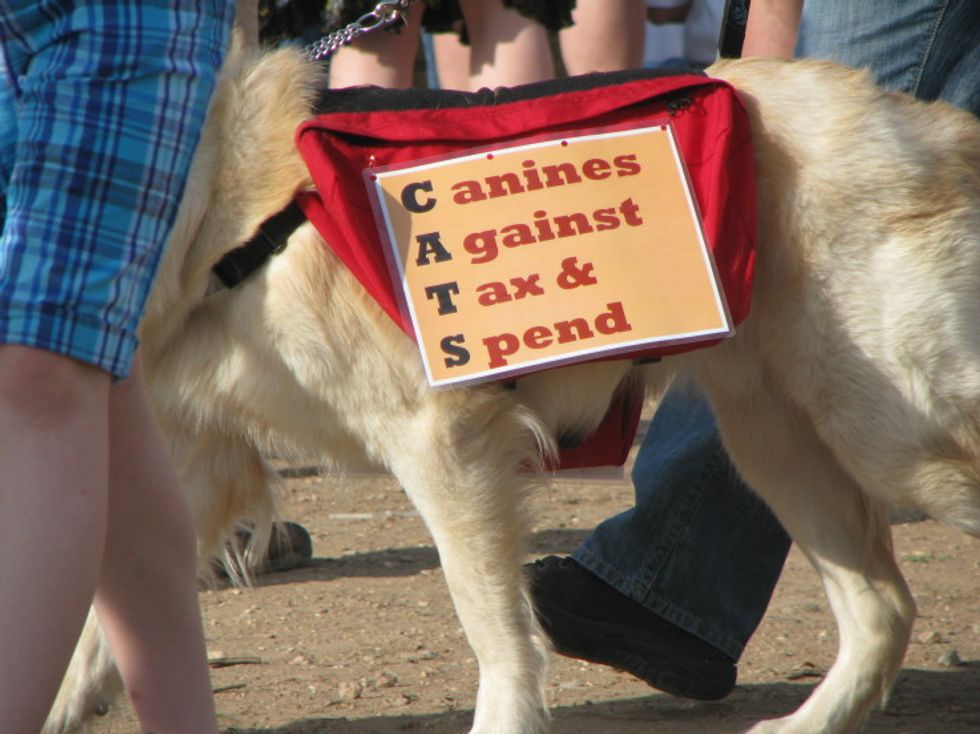 As tsunami waves fromthe Japan earthquake begin to hit Hawaii and are on their way to our West Coast, the federal government has been closely monitoring the situation at the Pacific Tsunami Warning Center and is issuing advisories to those affected as necessary. Luckily, they aren't anticipating major damage. The United States is able to monitor the globe and quickly spring into action to save lives when necessary because its taxpayers fund it. But if Republicans in Congress had their way with proposed budget cuts that just failed in the Senate, tsunami and other disaster monitoring operations would have been reduced significantly. Good thing God got this awful disaster in when he did!

According to the House Appropriation Committee's summary of the bill, the CR funds Operations, Research and Facilities for the National Oceanic Atmospheric Association with $454.3 million less than it got in FY2010; this represents a $450.3 million cut from what the president's never-passed FY2011 budget was requesting. The National Weather Service, of course, is part of NOAA -- its funding drops by $126 million. The CR also reduces funding for FEMA management by $24.3 million off of the FY2010 budget, and reduces that appropriation by $783.3 million for FEMA state and local programs.

Democrats did attempt to add more money to NOAA's budget. Rep. Dan Lipinski, D-Ill., offered an amendment to the CR that would have directed "no less than $710,641,000 to the National Weather Service Local Warnings and Forecasts." The amendment was one of several Democratic spending proposals that was found to be out of order, and not voted on.

Tide goes in, tide goes out. Can't explain it. (Because there's no funding.)

Who tried to take action against these cuts? Why UNION THUGS, of course, the people of the National Environmental Satellite, Data, and Information Service employees union, who put out a release detailing just some of the cuts:

Nationally, reduced funding will mean upper air observations now made twice a day might be reduced to every other day, buoy and surface weather observations that provide data for warning systems could be temporarily or permanently discontinued and there could be delays in replacing satellites, according to the release.

Yeah, why would we ever need that stuff? [Weigel]