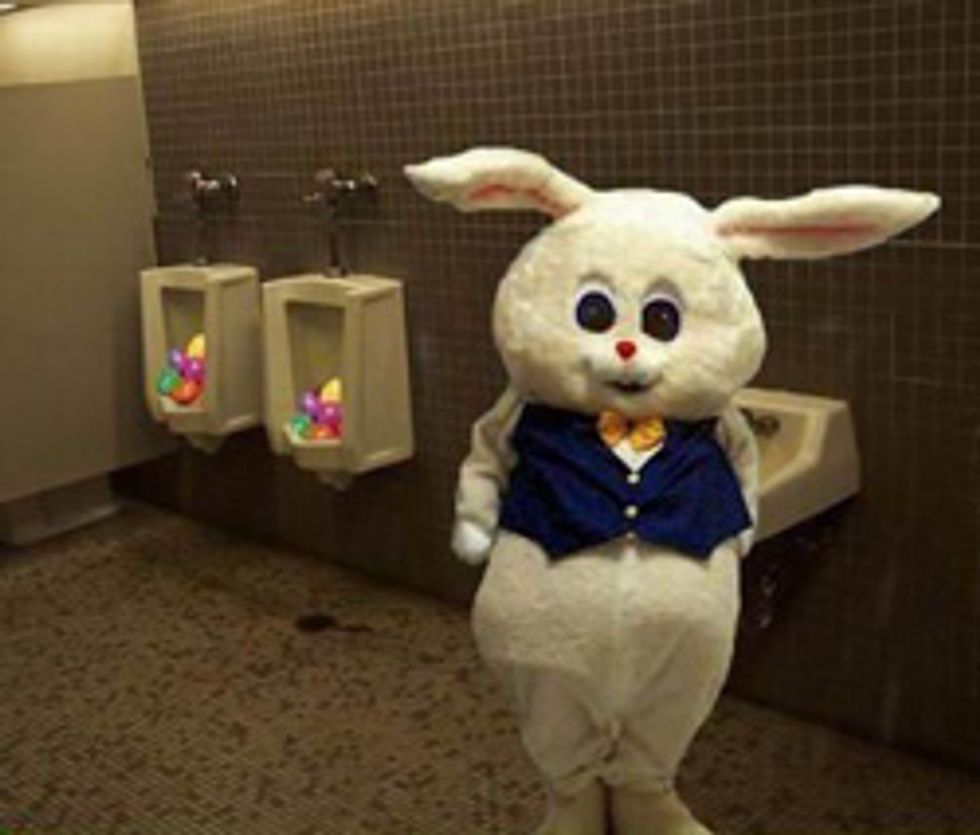 Where were you on 6/4/12? This is the day that America got its groove back, after the world's worst people -- reporters -- in the world's worst institution -- the House of Representatives -- saw aurinal explode and soak them in pee and chewing tobacco pouches and mostly 100% water, more likely, but also perhaps that morning turd that some schlub keeps poppin' in the urinal. They say you learn a lot about yourself after losing your first fight. Well, you learn a lot more after having that first urinal explode and hurl acid all over you. America's back, baby. Exploding Urinal/Santelli '16?

Tell us how it went down, National Journal?

A big splash occurred on Monday morning at the House Press Gallery in the U.S. Capitol.

No, this wasn’t one of those unexpected guest appearances for celebrities to talk to reporters about some favorite cause.

Oh god ENOUGH WITH YOUR CUTESY LEDES; what's up with the exploding piss box?

This splash came from an exploding urinal. More specifically, something suddenly broke in the piping of the third-floor urinal, and water began spewing from beneath the men’s room door.

As the water flowed, it first surrounded the Associated Press’s working area, then spread toward both ends of the gallery, which was occupied by fewer than usual reporters and staffers, because the House is out of session until Tuesday.

Capitol Police officers, gallery staff, and other U.S. Capitol personnel moved to contain the flow. In doing so, they found a use, finally, for the gallery's stacks of unread newspapers, magazines, and other periodicals, as makeshift sponges and sandbags.

Employees from the Architect of the Capitol and other Capitol staffers managed to eventually stop the geyser. In came vacuums to suck up the water, and a section of the gallery carpeting was taken up – leaving behind a sticky floor.

REPORTERS/HILL STAFFERS: Can you tell us more? Which House reporter got covered in the most "water"? "Water" in scare quotes because maybe the "water" was "brown"? Email jim@wonkette.com with your hot urinal massacre stories/pix/sealed evidence please, thank you.