House Votes To Kill Dodd-Frank, Enjoy The Next Financial Collapse! 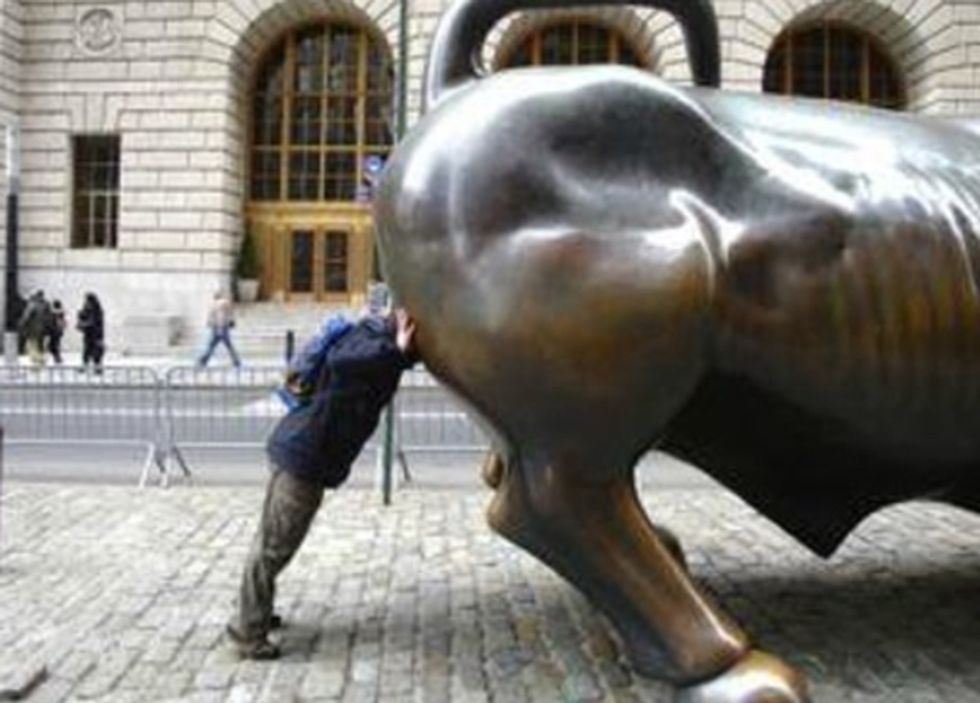 Start hoarding gold, ammunition, and Beanie Babies now, kids, because while all of us were hanging on James Comey's every well-modulated word, the House passed the first step in repealing the Dodd-Frank financial reforms put into place after the 2008 financial crisis. The sort-of-good news is that, like the House's terrible horrible Obamacare repeal, the House plan, called the "Financial Choice Act" out of a very grim sense of humor, is likely to face big changes in the Senate, where Dodd-Frank has a lot more support. The bad news is that some version of this thing is likely to pass, because what part of Big Banks Own The Trump Administration don't you understand?

The "reforms" are allegedly supposed to free the financial markets from the deadly hand of regulations, so that all Americans can become rich, assuming they started out that way. While the House bill wouldn't actually kill off the Consumer Financial Protection Agency, the watchdog agency designed to protect consumers against financial shenanigans, it would neuter the agency by removing its ability to pass its own rules regulating the financial industry -- new rules would have to be approved by Congress. Which would never approve any. The CFPB's independence would also be limited by having the agency's director report to the president. Who, we'll assume, would fire current director Richard Cordray and appoint the head of Goldman Sachs. Or Vnesheconombank. Oh, and one more little change: The CFPB would no longer be able to impose fines on companies that rip off consumers. Other than being made toothless, it would remain much the same, and would provide consumers the same degree of protection they'd get from a taxidermied guard dog.

Dodd-Frank, as you may recall, was at least a partial attempt to impose some discipline on big banks by requiring they undergo "stress tests" to prove they could withstand a serious financial downturn, and to set up a framework for an orderly liquidation if they fail, without demanding a bailout from the government. Republicans think the rules are far too restrictive and are hurting small banks, Democrats think the rules aren't strict enough, and many, like Elizabeth Warren, would like to see a return of the Glass-Steagall Act that separated big banks' normal banking functions from their riskier investment divisions.

Oh, and here's where the "choice" comes in. Banks would be the ones doing the choosing:

If they want to avoid many of the regulatory barriers imposed during the Obama administration, they would have to significantly increase their emergency financial surpluses. That way, if they run into financial trouble, the banks would be more likely to survive without taxpayers’ help, supporters of the bill say.

The nation's biggest banks are unlikely to be able to have that much liquidity on hand, so there are some giveaways for them, too:

Institutions would have to undergo fewer stress tests to prove they could survive another economic disaster, and they would get more information upfront about what they would be judged on, for example. The Volcker Rule, which restricts big banks’ ability to make certain risky financial bets, would be repealed. Doing away with that provision alone could boost profits at big banks by more than $2 billion next year [...]

Huh! So they'd be freed of the burden of having to prove they're sound, and in return, they could speculate more freely? Can't imagine how that could go wrong. The bill would also get rid of rules meant to limit pay for executives of financial firms, because you need to be able to reward success.

Not surprisingly, Elizabeth Warren is having none of it:

Rightwing critics of Elizabeth Warren have ONE HILARIOUS JOKE about her, which proves that everything she says about anything is wrong.

If you're looking for some optimism, or at least for some informed whistling in the dark, check this Nation article explaining why the Senate is supposedly not insane enough to pass this shit sandwich. The thesis here is that the House bill is all about sending a friendly message to Wall Street, not passing legislation, but we're not entirely convinced -- the sound of investment bankers grunting around the door sill is far too loud.

Yr Wonkette relies on reader donations for support. Please click "Donate" to send us money, with which we promise not to do anything involving tranches. Also, it's your OPEN THREAD! Unless you're in Detroit, in which case meet us real soon at Belle Isle Park!

[WaPo / The Nation / [Image from TripAdvisor]