Houston Votes On Whether Gays Should Be Allowed To Live, Breathe 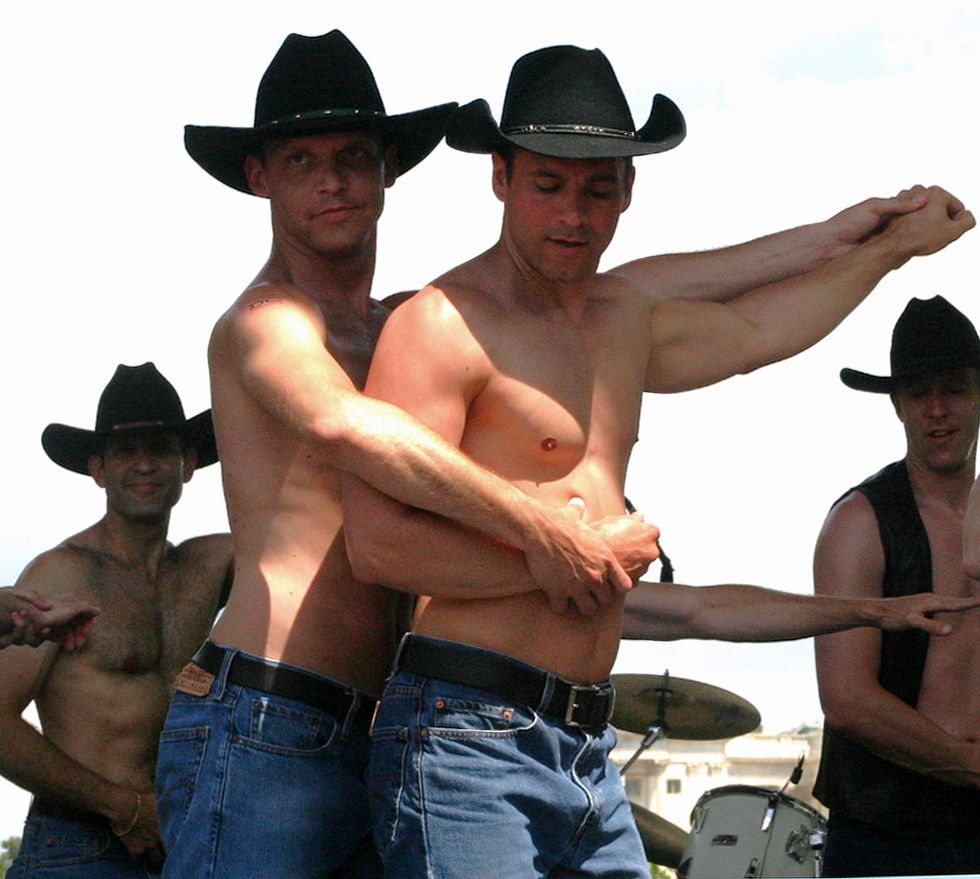 You want them to have the right to remain SEXY, don't you?

It's a big day in Houston! It's time to go to the polls (if you're a good person who loves ALL people) and vote YES on Proposition 1, which would enshrine the city's LGBT-inclusive nondiscrimination ordinance into law. It's nicknamed "HERO," after the Mariah Carey song. NO WE ARE MAKING A JOCOSE COMMENT, it stands for the Houston Equal Rights Ordinance! It was passed by the city council last year, and would make homosexuality mandatory in Houston:

FOOLED YOU. It's just a nice ordinance about being nice to the gays and the BLTs. Anyway, it was only in effect for three months before the shit hit the fan. Without boring you, let's just say wingnut Christians blew a gasket, tried to get it kilt dead, then cried RELIGIOUS FREEDOM LIBELS!!!!!111! when that didn't work. It ended up at the Texas Supreme Court, "which ruled in July that Houston must hold a vote on HERO or repeal it entirely." And now here we are! We are in Houston, VOTING FOR PROPOSITION 1, yes?

Wingnuts very :( about this.

That's not what's happening for wingnuts. Ted Cruz's dry drunk fuck-up of a father, Rafael Cruz, has been running around America talking about how HERO means full-grown men can set up stake-outs in little girls' bathrooms, because that's what ALWAYS happens when you're nice to transgenders.

Cruz also says it's just terrible how Houston has a mayor, Annise Parker, who is a super-gay, scissor-faced lesbian, "right in the middle of the Bible belt!" This is all her fault, obviously.

Phil Robertson, that guy from "Duck Dynasty," has campaigned against the ordinance, reassuring all the ladies that "when you’re seated in your restroom, putting on your Maybelline," he is not going to be in the bathroom with them, waving around the little duck caller thingy he calls his penis. We're not quite sure how that changes if Prop 1 passes (GO VOTE, HOUSTON!), but it MIGHT mean Phil Robertson of "Duck Dynasty" will be in the bathroom with the ladies while they're putting on their Maybelline, because he's allowed now. (You have to bring your own Maybelline, ladies. He's too much of a pussy to buy it at the Walgreens for you, probably.)

Anyway, when Robertson said that at a rally last year, the paste-gobbling wingnuts ROARED in approval, because they are very stupid, fearful people:

Here's Josh Duggar, when he was still a Family Research Council activist, talking about how laws like this are bad for women and children. We don't know if he was secretly thinking, in his Duggar brain, "EVEN MORE DANGEROUS THAN MY INCEST FINGERS," and we also don't know if he rage-fucked a porn star after he gave this speech, but we're going to irresponsibly assume he did. Texas idiot wingnut Gov. Greg Abbott had this to say about the law. Not sure if he thinks transgender people using the bathroom is as great a threat as Obama using Jade Helm to invade Texas with ISIS, but we're going to assume he's monitoring the situation just as earnestly as he did that one:

Yep, Hillary Clinton values. According to Right Wing Watch's list, these are also @ISIS values and @Satan values. And they WOULD be bad if this actually had anything to do with grown-ass men pretending to be transgender, so they can molest girls, but they don't, so fuck you all.

All the normal people and the celebrities (WHO ARE JUST LIKE US!) and the big gay corporations support it, though!

Think Progress has compiled a fabulous list of people who are fighting to preserve the dignity of the LGBTs in Houston. They have Sally Field speaking at a rally in support of the ordinance, talking about how that whole thing about transgenders diddling little girls in public restrooms is a big fucking lie. She didn't comment on whether Josh Duggar was a current threat:

YA THINK? Also on TP's list: Eva Longoria, Jesse Tyler Ferguson, Bernie Sanders, Hillary Clinton, and the president of the whole US and A, Barack Obama. As for corporations supporting Prop 1, there's Apple, Hewlett-Packard (suck it, Carly), Dow Chemical, General Electric and more! We'd say that's a consensus and the wingnuts can eat dicks in hell, right?

But most importantly sexxxy Matt Bomer, who is a gay, a father, a Houstonian, and who currently stars in the latest incarnation of "American Horror Story," made this video about why he supports it. He says words in it, but if you need any further nudging to vote, maybe his SEXXX EYES will push you over the edge. And once you've cleaned up from being pushed over the edge, GO VOTE, HOUSTON!

So you're saying we should go vote, if we are a Houston Wonker.

Bloody hell, why are you still here? Leave us alone with our Matt Bomer video, thank you, goodbye.