How Are White Wingnuts Fixing The Blacks Of Baltimore This Week? 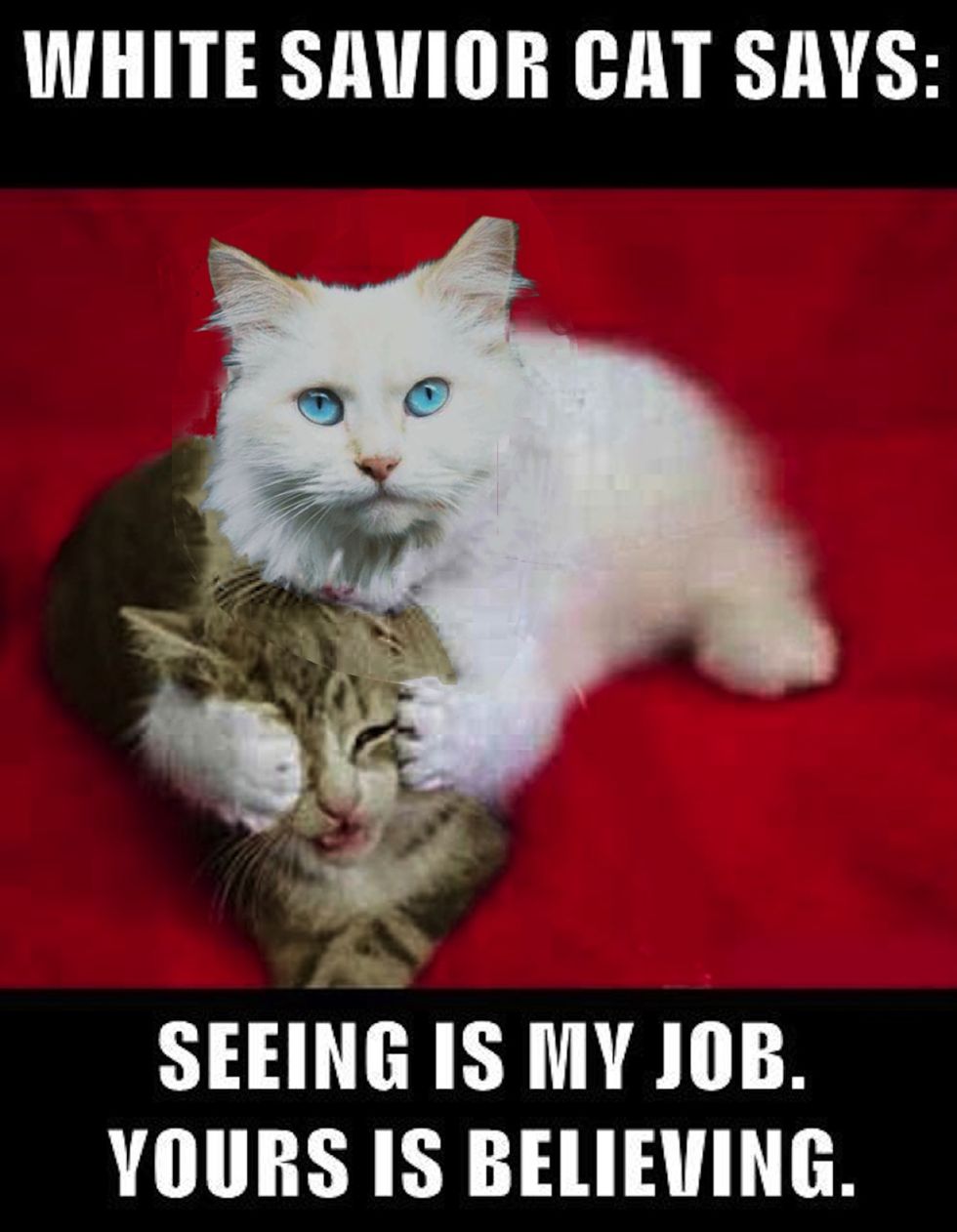 Ever since the alleged police murder of Freddie Gray and the rioting that followed, white wingnuts have been trying SO HARD to do something -- anything! -- to help the poor black communities of Baltimore recover and move on from this tragedy. Because they care so much, honest! Should we cut off their food stamps? Give everybody more guns, so they can Stand Their Ground? Send them all some more Jesus, and good dads like Rand Paul? Well, worry not, because there are still more turd ideas to throw at the wall, so here is this week's roundup of White Wingnut Wisdom for Baltimorean Blacks!

Jeb Bush sure stepped in it when he said part of the problem might be rampant poverty, AS IF. Old Jeb's got additional thoughts, ones that are more appropriate for a wingnut to have. You see, he still says poverty is an issue, but in an op-ed for the Chicago Tribune, he argues that the good, right and true way to combat this is to get all those people married off to one another! Then there will be no more poverty:

If our government leaders want to attack poverty, they should first acknowledge that an effective anti-poverty program is a strong family, led by two parents. The evidence on this is incontrovertible. And conservatives should not be afraid to say that as the family breaks down, so does opportunity. Our goal should be to build up families.

That is great, Jeb Bush! And yes, we understand that stronger families bring more stability, BUT doesn't that seem like a longer-term goal, and maybe kind of a red herring that helps conservative politicians change the subject away from the fact that they spend many hours of their days doing everything they can to fuck the poors, from cutting the welfare programs they need the most to regulating the food they're allowed to buy with their EBT cards, and all of that? But sure, Jeb, if you think the solution is to do a big hetero revival of "The Dating Game" on the mean streets of Baltimore, fucking go for it, at least you're willing to say the word "poverty."

White KKK-adjacent hate group leader Tony Perkins has A Idea, pick him, pick him! On his Washington Watch radio programme, the Family Research Council leader says hey, some say these people need more government assistance, and others say the black community has been marginalized, but TONY SAYS there's something bigger going on:

But could these tragic events be symptoms of a deeper problem in our nation? Could the desperation and despair that is being expressed through these events be the groaning of a nation that has succumbed to ungodly rule? Not a particular individual, but rather a government, which declares moral rights to that which is morally wrong?

Jeremy Hooper at Good As You points out that Tony Perkins's singular obsession in life, that which springs forth his morning wood and keeps him hard throughout the day, is his undying hatred for gay people. So we can be pretty sure than when he talks about "moral rights" for things that are "morally wrong," he's saying that Baltimore is burning because God Hateth Fags.

Should We Kill Baltimore's Blacks With Dogs Or With Guns?

Local  lawmakers are always there to help when we need them the most, even in other localities! Terry Ernst, city councilman of Peachtree City, Georgia, is certain that the biggest problem in Baltimore is that the cops haven't killed MORE black people with guns. To be fair, he says they should kill all colors of people, if they are looting:

Televised images of thugs being arrested, or shot dead while resisting, would go a long way in putting a stop to this uncivilized behavior. It is worth noting we don’t care whether the looters are black, white, yellow or brown, the remedy remains the same.

The word would spread like wildfire the police mean business, you can’t get away with this stuff any more while police stand around and watch, and it would stop. Dead looters on TV news would spread mortal fear in the hearts of opportunists causing the trouble, and would likely stop that behavior cold.

All right then! He also says that those who loot should send thank-you notes for all the "tootsie Rolls, shoes, Excedrin and vodka" they got from all their looting. So we guess the Baltimore PD should probably work up some sort of system where they are arrested, handed Hello Kitty stationery and a pen, forced to write their notes, and THEN are shot? Dunno, ask Terry Ernst, he's the Man with the Plan.

Advocating for the killing of looters and rioters and angry blacks in general, we are guessing, is Virginia State Del. Hyland "Buddy" Fowler, Jr., who made a Facebook post with a picture of an angry police dog and suggested that maybe some of those dogs could solve Baltimore:

“I wonder if a few of these would help bring calm to Baltimore?" Fowler wrote in the post.

The comment appeared above a photo of a snarling, teeth-bared police dog that had the caption: "Go ahead and run. He likes fast food."

HA! HA HA! HA! We get it, Del. Fowler, because black people run fast and "fast food" is a pun and boy howdy god almighty, you must be a GAS to sit next to at Thanksgiving supper! Talking Points Memo reports that the Facebook post seems to have been deleted.

Like It Even Matters, Baltimore Violence Is Just A False Flag For Obama To Impose Martial Law

Okay, okay, wingnuts, we get it, you have some great ideas (they are not great ideas), but why bother? Morgan Brittany, what used to play the "the scheming younger half-sister of Pamela Ewing and Cliff Barnes" on teevee's Dallas, writes at WND that this is all just a set-up. She says she feels it "down to [her] core," and even if you make fun of her, then YOU SHUT UP. She says the violence in Baltimore was planned because Obama loves Al Sharpton loves Eric Holder loves Ferguson loves Trayvon Martin loves Rodney King loves Malik Shabazz, and when you get out the Barbie doll notebook you keep in your Trapper Keeper and play a good old-fashioned game of M.A.S.H., you get martial law and Obama declaring himself emperor. It's just science:

From now until the verdict in this trial, the agitators will continue to travel and communicate city to city, town to town, stirring up unrest and hate, keeping people on edge waiting to see the result of this cliff-hanger. If the verdict is not what they want, perhaps Obama will have to institute martial law to preserve order, form a national police force and postpone the 2016 elections.

Yes. Sounds like this lady's been huffing some of Victoria Jackson's paint.

So there you have it. The Baltimore riots have been explained, and we can now move on to more important things, like making the Bible America's official book or something.