How Can Graham And Cassidy Bribe Alaska's Lisa Murkowski To Murder Obamacare? 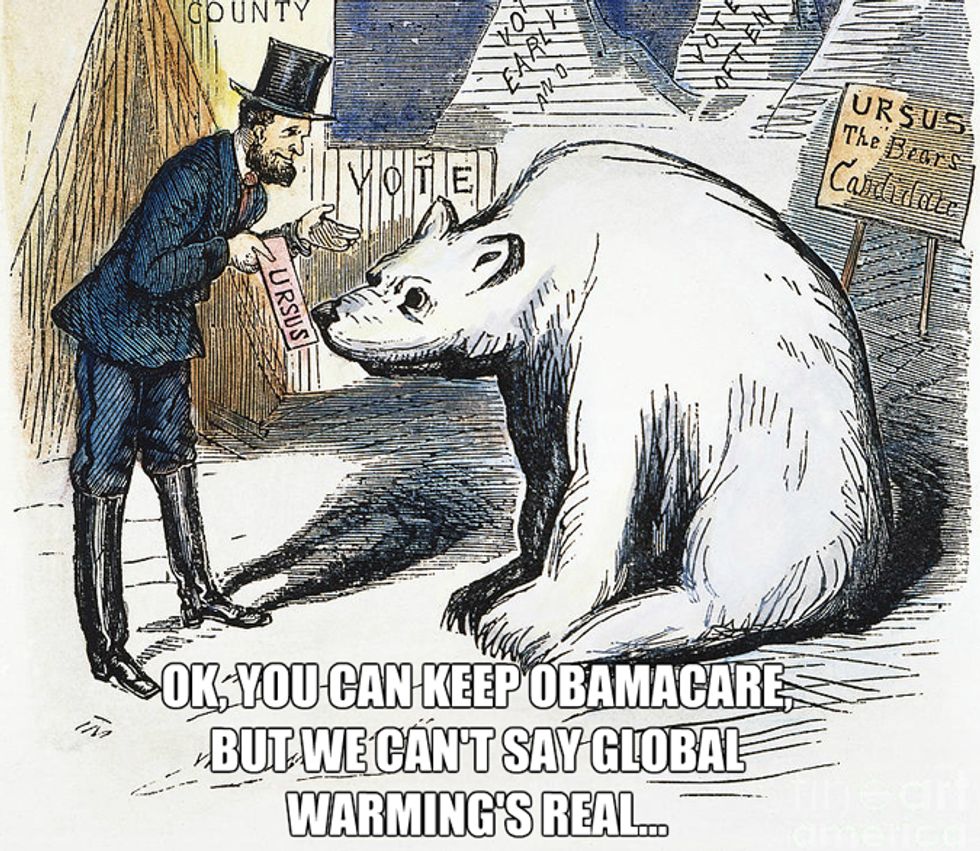 Nice state you got here. Shame if anything happened to it...

The abomination that is the Graham-Cassidy bill to repeal and not really replace the Affordable Care Act continues to churn through the Senate, with a vote planned for next Wednesday and an uncertain number of Republicans still needing some wooing. There are several reports that the bill's sponsors, Louisiana's Bill Cassidy and South Carolina's Lindsey Graham, have tried to sweeten the deal to win over the vote of Lisa Murkowski from Alaska, who along with Susan Collins and John McCain voted to kill the last disastrous Senate assault on healthcare. Maybe the block grants that will replace federal spending on Obamacare will be almost 50% larger per capita for Alaska, or maybe, as a Republican Senate aide leaked to the Independent Journal Review Thursday, it's a hell of a lot more generous than that, allowing Alaska to pretty much keep the ACA even as other states see it go into the toilet. The purported new draft of Graham-Cassidy would have three real goodies for Alaska:

The existence of such an offer hasn't been confirmed by other sources, but if it's out there, this would be a big fucking deal, since Alaska already has higher healthcare costs than the rest of the country, and Graham-Cassidy's cuts would hit Alaska especially hard, with federal medical spending cuts ranging from 8 to 11 percent depending on who's doing the analysis. To emphasize the point to Murkowski, the AARP prepared a special analysis focused solely on how Graham-Cassidy would hurt her state.

On Wednesday, before the IJR story broke, Lindsey Graham denied there would be any special deal for Alaska, although he did acknowledge that with its low population density and high medical need, some small adjustments might be possible, without going into specifics:

“What we’re going to do is not deny Alaska the uniqueness of Alaska, but that’s it,” he added, after mentioning the state’s high medical costs.

Another report, from Politico, characterized the deal as offering more generous block grants for Medicaid that could help as many as five states with low population density and higher medical costs -- again, with Alaska as the top priority, but potentially helping Wyoming, South Dakota, North Dakota and Montana as well, so Murkowski could plausibly accept the deal as not focused solely on her. Which it would be, anyway.

If one of these new Alaska Purchases actually turns out to be in the version of the bill that gets voted on Wednesday, it's pretty much an admission that the only way Republicans can induce a reluctant senator to vote for killing Obamacare is to let her state keep Obamacare, at least for a while. (Oh, it also might be unconstitutional.) The irony did not go unnoticed. Brian Schatz, Democratic Senator from Hawaii, wasn't moved by the offer to let his state (which often -- but doesn't always -- votes with Alaska because they're last-state buddies), not one bit:

Senate Dems R On Ur Capitol Steps, Restoring Ur Faith In Democracy

Despite all the attempts to break it, sometimes it looks like democracy works. (Cue the wingnut uncles bellowing, 'It's not a democracy, it's a republic!!!')

HuffPost congressional correspondent Matt Fuller was gobsmacked, but MoveOn's Washington director Ben Wikler, ever the optimist (he's the guy who who stumbled on that spontaneous pro-ACA rally on the steps of the Senate a while back), said maybe there's something to work with here, ha-ha only dead serious:

Team Trump Tells Lisa Murkowski To Rub The Repeal On Obamacare, Or Alaska Gets The Hose

Oh, look. Now the government is running like a protection racket.

It's worth noting, for the sake of context, that Murkowski wasn't rattled in July when Interior Secretary Ryan Zinke threatened federal spending for Alaska after she voted against "skinny repeal" of the ACA. She'll also be reminded by lots of reporters of her comments in June on possible inducements to vote to kill Obamacare the last time around:

Let's just say that they do something that's so Alaska-specific just to quote, "get me." Then you have a nationwide system that doesn't work. That then comes crashing down and Alaska's not able to kind of keep it together on its own.

Lisa Murkowski may be a conservative, but she's no dummy -- she seems unlikely to fall for any deal that would help only Alaska while denying healthcare to 32 million people in the rest of the country. Probably.

Still, Graham might pull out a proposal to give Alaska single-payer while the rest of the country gets prayer cards.

Yr Wonkette is supported by reader donations. Click here to give us money. If you're in Alaska, give Sen. Murkowski a call, will you?