How Is Congressdude Aaron Schock Getting Himself In Ethics Trouble Today? 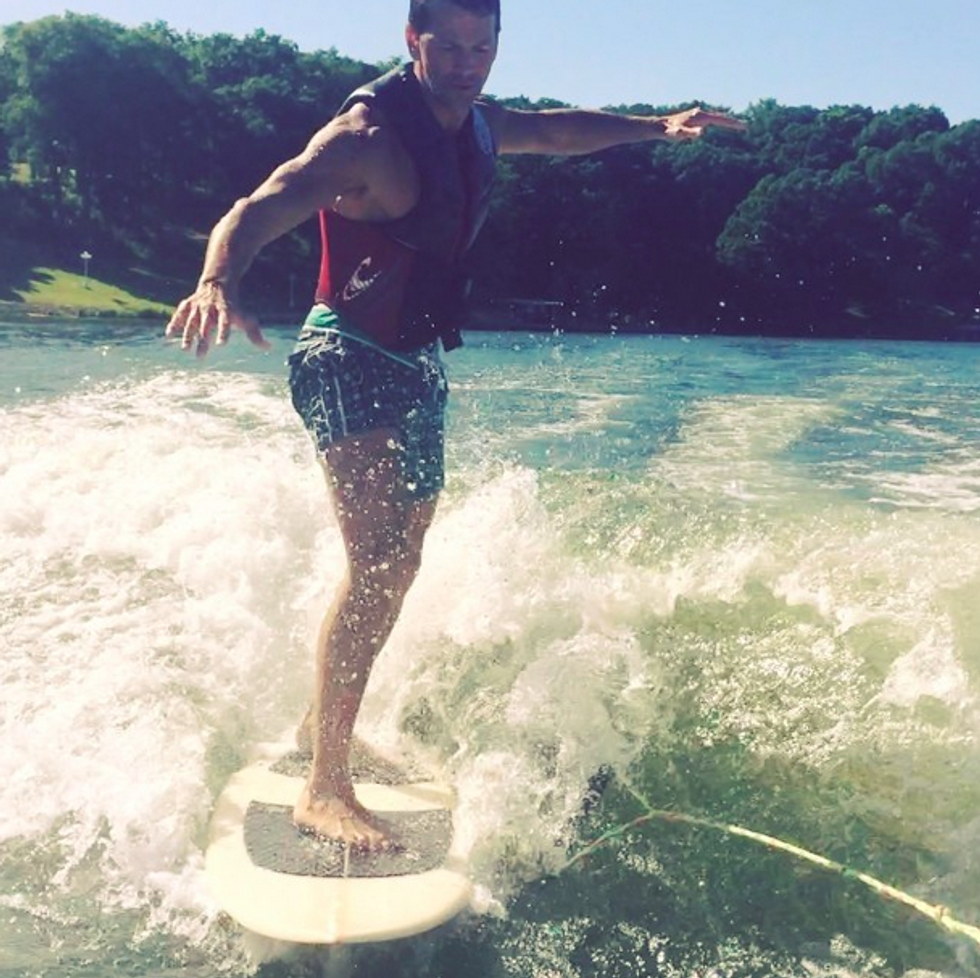 It has been a rough few weeks for Illinois Rep. Aaron Schock (R-The Gym, Brah), what with all these ethics complaints and investigations into taxpayers footing the bill for his faaaaaaaaaabulous Downton Abbey-inspired office remodel. And his extra-special personal photographer who goes with him everywhere to take all those handsome pictures of him being so heterosexually handsome. And the sale of his home to a political donor for an above-market price, COINCIDENTALLY and ALLEGEDLY.

And now here's yet another hot mess for the hottest House Republican:

Rep. Aaron Schock, R-Ill., has repeatedly spent taxpayer and campaign funds to rent aircraft that are not certified charter services, despite House rules and federal law that generally prohibit the use of private aircraft for official and campaign use.

House rules have some exemptions, such as an Ethics Committee waiver that allows a lawmaker to use a private plane. Neither Schock nor his representatives, however, replied to repeated e-mails and calls about whether he obtained permission for the flights.

You already know that Aaron loves to travel to places like Miami and Las Vegas and Vail and Aspen and New Delhi and New York, none of which are Peoria, the district he represents in Congress. And he loves loves LOVES to stay in luxury hotels like the Wynn and the Four Seasons when he travels, for the benefit of his constituents. But the newest new news is that when Aaron is jet-setting around with his very special photographer friend, he likes to do so in a private plane. On the taxpayers' dime, of course:

"Schock has spent $8,000 from his taxpayer-funded office account with a company called Lobair LLC, congressional spending records show. His leadership PAC, the GOP Generation Y Fund, has spent another $5,800 with Lobair since 2011.

Lobair, however, is not a commercial charter service, Federal Aviation Administration records show.

Instead, it is a single airplane owned by Mike Miller, owner of Mike Miller Auto Park in Peoria, Ill., and his brother-in-law, Miller said. "We have family and friends that we allow to use it," Miller told USA TODAY. The plane is a propeller-powered Cessna, FAA records show, and is not registered for commercial use.

Oh, and when he's just traveling around his actual district of Peoria, and not Vegas, he likes to use this helicopter owned by "Jeff Green of Green Chevrolet" in Peoria. You'll be shocked and amazed to know the helicopter isn't listed as a commercial charter service either. Huh!

Hey, isn't that against the travel rules for congressdudes? Why yes, it is!

Using "personal, official or campaign funds for a flight on a non-commercial aircraft is generally prohibited," according to the House ethics manual. Lawmakers, the rules show, can use a private aircraft that is "operated by an air carrier or commercial operator, including a charter service" or is owned by the lawmaker's family. Members of Congress can also take a private flight for personal use, such as a vacation or other travel, if the aircraft's owner is a personal friend. In general, congressional rules are designed to ensure lawmakers do not have access to perks that are not available to other citizens.

We don't conclusively know for sure yet whether Aaron's private traveling-in-style habits are actually allowed or not because of course Congress wrote itself some nice loopholes when it reformed its own ethics rules about just how fancy members of Congress get to be when they go on Official Bidness Trips, For America. It's just another one of those things Aaron might want to put on his to-do list to look into before anything else embarrassing, er, comes out.