How Is Jeff Sessions Writing 'WHITES ONLY' On The Constitution Today? 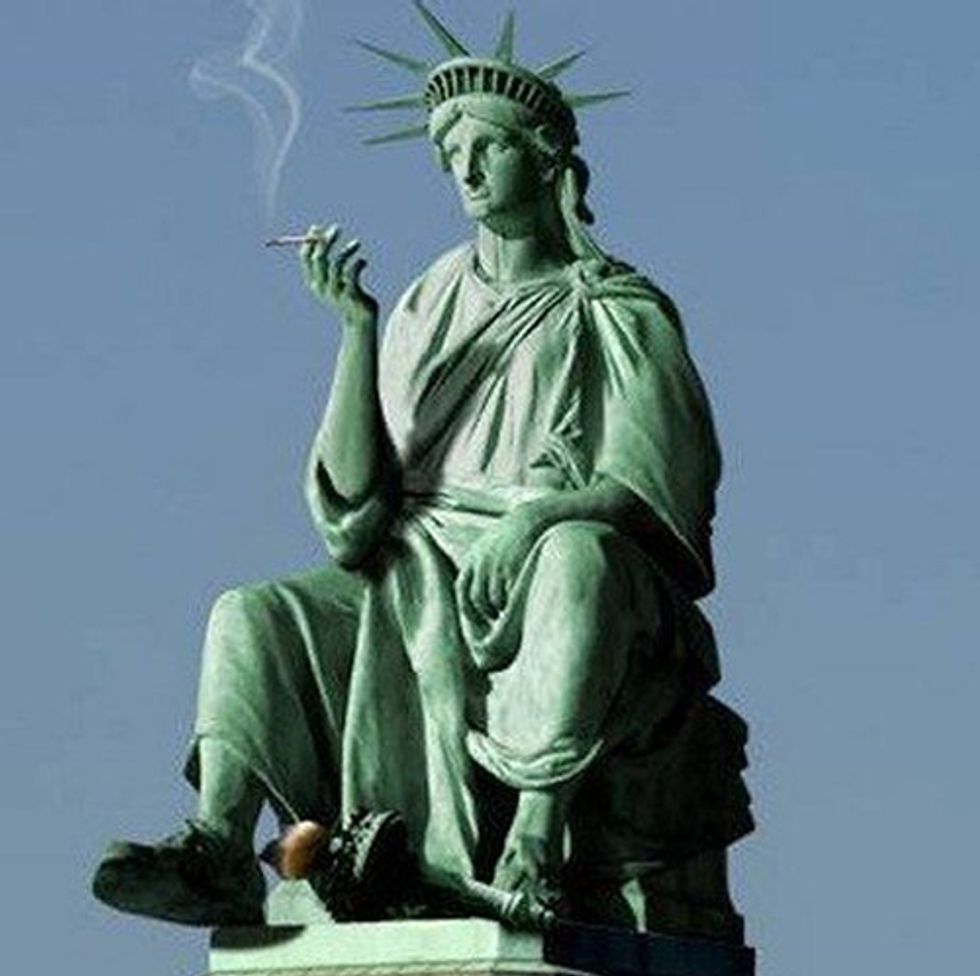 Justice is ON BREAK

So much law news! Which is ... entirely predictable when you elect an uneducated lunatic President who appoints a reactionary attorney general, and together they launch an initiative to Make America 1953 Again.

Let's quick round it all up before the next court whacks Jeff Sessions on the nose again like the very bad dog he is:

You're Not My Brother: Philly Tells ICE to GTFO

In an amazeballs opinion that references Shakespeare and Homer's Odyssey, a federal Judge in Pennsylvania has ordered the Justice Department to stop fucking around and give Philadelphia's police force the $1.6 million dollars it's entitled to. It seems Jeff Sessions will have to do more to defeat Philly's sanctuary city policy than hop up and down shouting, "Immigrants is criminals!" And the court will not be accepting Elfin Magic as evidence. Sad!

ICE wants to camp out in the PoPo parking lot and interrogate every undocumented immigrant who gets a speeding ticket. And if Philadelphia won't let them, Jeff Sessions will make the city safer by cutting funding for Narcan, so they won't be able to revive people who overdose. For the children! The court found that conditioning the grant money on Philadelphia's compliance with arbitrarily imposed conditions -- i.e. in absence of any evidence that they make the city safer -- violates the Administrative Procedures Act, the Constitution, and numerous US laws.

We Have Met the Enemy, And He Is US

In September 2017, the US military picked up a man in Iraq who turned out to be a dual US-Saudi citizen wanted for fighting for ISIS in Syria. They held him for months incommunicado and without counsel, which is now how Constitution goes, dammit! The ACLU fought like hell to gain access to him and successfully prevented the military from handing their client over to the Saudi authorities against his will. So now your government has come up with A PLAN. They're going to dump this guy out on the side of the road in Syria and wish him good luck. We shit you not. The ACLU has called this a "death sentence," Syria being in the middle of a civil war and on the State Department's Do Not Travel list. And the client himself has vowed to challenge the release order.

Civil rights, how they work? Well, this being the Trump administration, THEY DON'T. But courts seem to be holding for the time being.

The good news is that a federal court in California is allowing the challenge to DHS's child separation policy to proceed. The bad news is, WE ARE HORRIBLE MONSTERS. As Judge Dana Sabraw put it:

For Plaintiffs, the government actors responsible for the “care and custody” of migrant children have, in fact, become their persecutors.

Jeff Sessions may accuse people who flee persecution with their children of "child smuggling," but no one on earth believes  this policy is THERE to "protect" migrant kids. We are taking children into custody specifically to deter asylum seekers, and we are terrible.

So! On that happy note, let's note the most important point in yesterday's ruling: undocumented immigrants and their children DO have due process rights. The US government cannot arbitrarily take children into custody for no reason:

What Plaintiffs challenge is the Government’s separation of migrant parents and their minor children when both are held in immigration detention and when there has been no showing the parent is unfit or poses a danger to the child. Plaintiffs assert separation of parents and minor children under such circumstances violates their due process rights.

The case will proceeed, and naturally, the US government will be defending its right to kidnap kids at the border to deter immigration. God bless America!

Yeah, for now. Everything is awful, but we'll keep you posted!

You liking these lawsplainers? Click here to fund 'em!