How Is Obama Secretly Gaying Today? 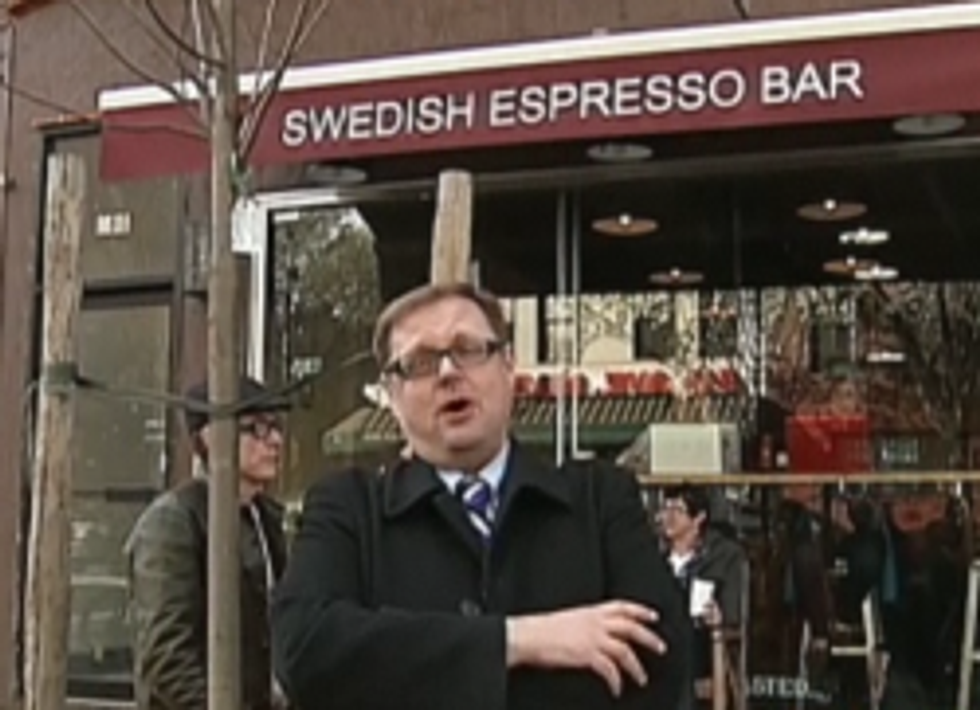 Everyone knows Barack Obama is probably secretly a gay homosexual gay. It's just so obvious, isn't it, what with his, like, probably gayness? He sure sets off Fox "News" mouth-breather andBrooklyn food co-op enthusiast Todd Starnes's gaydar (which, um, we thought only other gays and their single-lady hags-we-mean-allies had, so, uh, what does that say about Starnes, hmmmmmmmmmmmmmmmm?) but anyhoo, when he's not fighting Creeping ShariaTM, he's looking out for Obama's gay so you don't have to, not that you would because you have better things to do, like watch paint dry or alphabetize your M&Ms:

On August 9, President Obama stated his opposition to Russia's strict anti-gay laws, which could threaten openly gay Olympians and visitors during the 2014 Winter Olympics in Sochi. At a press conference, Obama said "nobody's more offended than me by some of the anti-gay and -lesbian legislation that we've been seeing in Russia."

Starnes - who has become Fox News' resident mouthpiece for anti-gay hate groups - used Obama's comment to suggest the president might be admitting to being gay[.]

As Media Matters points out, Starnes has a bit of an obsession with this conspiracy theory that Obama is secretly gay, and he's not the only one. All sorts of whackadoodle conservatives you've never heard of are pretty sure that when he's not doctoring his Kenyan birth certificate or directing the IRS to spy on Benghazi or trying to raise Hitler from the dead to do socialism to America's health care system, or replacing Jesus with his dog, he's full-on gaying it up. NOT THAT THERE'S ANYTHING WRONG WITH THAT -- unless, of course, you are a whackadoodle conservative who just wants to stand up for the right of poor oppressed Christians who believe in traditional family values. Like Todd Starnes, who flipped the fuck out when the Supreme Court went totes gay for overturning DOMA, and Starnes said what none of us were thinking:

So when you consider that Obama has male friends, AND something something the Supreme Court, AND Obama opposes Russian's discriminatory policy, that pretty much proves that ... um ... wait, hold on, it must prove something, right? Ah, fuck it, who knows, let's repeal Obamacare some more. It's probably gay too.