How Sad, Fox News Is Going To Have To Run A Pathetically Stupid Correction Again 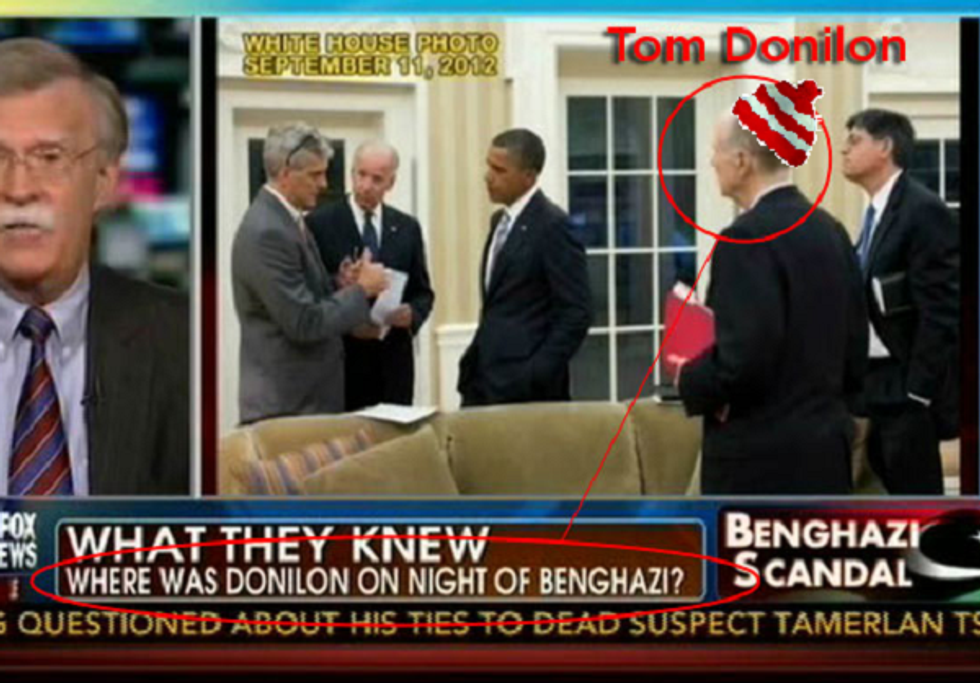 Oh look! Here is a video of Fox & Friends anchorstiff Brian Kilmeade talking to Diplomacy Expert -- if by "diplomacy" you mean "Let's bomb Iran" -- John Bolton about Benghazi, trying to find one more person to accuse of Doing It Wrong.

Today's lucky contestant is national security adviser Tom Donilon, who Kilmeade accused of being "missing" during the attacks, although former Secretary of State Clinton testified to Congress that she was in contact with him throughout the night. Kilmeade also wondered why Donilon was completely absent from the White House on the night of the attacks, unless maybe you count the parts when he was photographed in the Oval Office standing a few feet away from Barack Obama, who was also not there, or should have been in the Situation Room, because it is a way better room to be in, haven't you even seen The West Wing? The MIT Department of High-Energy Theoretical Politics hailed Kilmeade's comments as a breakthrough in Quantum Punditry and urged further investigation of this innovative Schrödinger's White House concept.

Our favorite part of this whole stupid story is this screenshot from Media Matters, which shows the actual chyron from the Fox News story, "Where was Donilon on Night of Benghazi?" right under a picture of Tom Donilon. In the Oval Office. Media Matters added the arrow, the circle, and the label "Tom Donilon" there. But just to be helpful to Fox News viewers, we have enhanced it a teensy bit further: