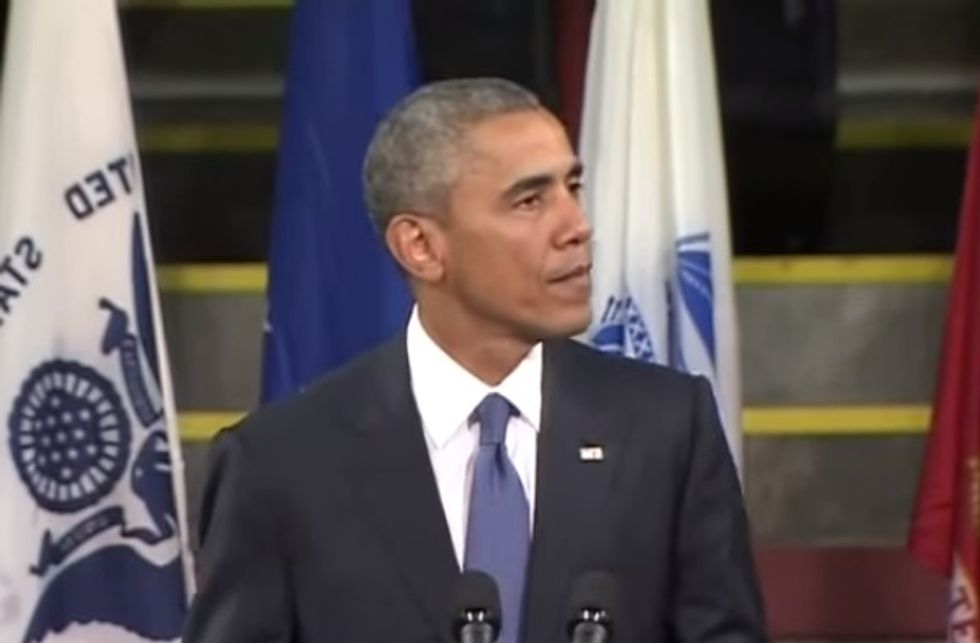 Barack Obama has had entirely too much practice giving memorial speeches during his presidency. Today, he'll be giving another, this time for the four Dallas PD and one Dallas Transit police officers murdered last week while they were protecting a march protesting the murders of black people in Louisiana and Minnesota. Mr. Obama and former president George W. Bush will address a multifaith memorial service in Dallas beginning at 1:40 p.m. Eastern. The president is flying to Dallas with Sen. Ted Cruz, being as bipartisan as possible, and Air Force One will land at Love Field, which has its own horrific connotations with presidential visits to Dallas.

There will be five chairs left empty at the memorial.

How many times has Barack Obama spoken to a city grieving a mass killing? Eleven times. As the New York Times notes, it's also "the second time in a month that such a killing grew out of bias." Yes, Orlando. They all sort of run together, don't they, even as each one horrifies us all over again. We don't even have any realistic hope the president will serve out the rest of his term without delivering another similar eulogy. Or two or three.

January is a long way away, and there are lots of angry people with guns out there. But never enough for the NRA.

Horrible though the rhetorical situation is, the one thing we're certain of is that Barack Obama will rise to the occasion, and will do what he can to heal with his speech. And while it will be moving and heartbreaking and eloquent, the Usual Suspects will find ways to decide it was too divisive, somehow not pro-Police enough even as the president mourns five murdered police officers and their wounded comrades.

Mostly, we'll wish Barack Obama didn't have so many chances to get better at these things.