However Will California GOP Choose Between Goldman Sachs Lickspittle And Tea Party Xenophobe? 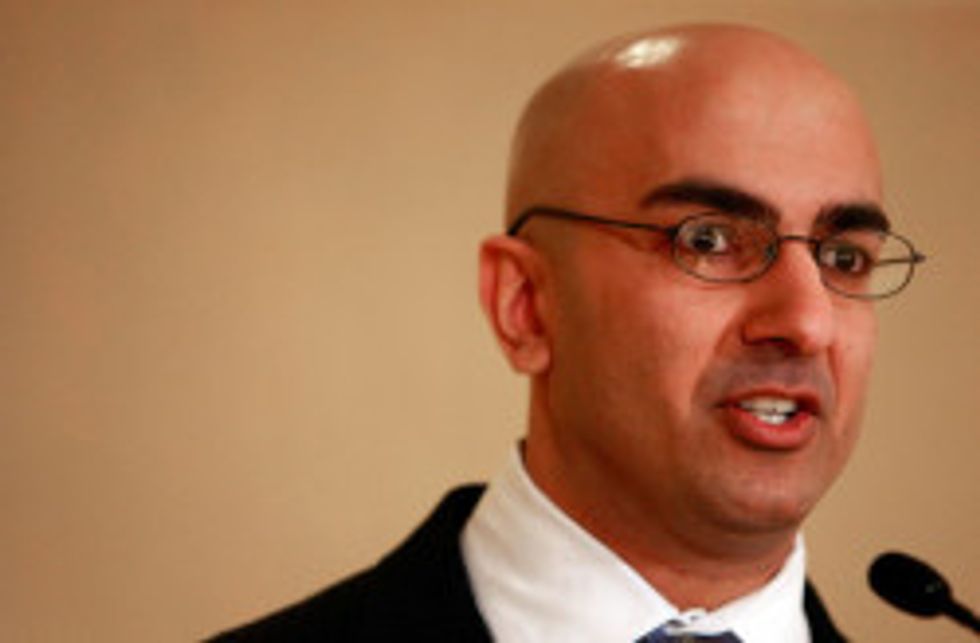 Out here in California we arelocked in a tepid political battle being waged by various brigands, crooks and llama-blowing weirdos for the right to get crushed by incumbent Democrat Jerry Brown in this November’s gubernatorial election. Former Wonkette writer/office concubine Jim Newell recently used his lofty new perch at Salon to take a look at one candidate, a loathsome pile of crap named Neel Kashkari, and found much of what we found when we looked at the guy back in January: the chrome-domed Arnold Vosloo lookalike has some serious baggage. Aside from never having held public office, Kashkari is a former Goldman Sachs investment banker and Hank Paulson acolyte who worked for the Treasury Department as the head of TARP, spending a good chunk of 2008 and 2009 tossing piles of taxpayer money to every Armani-clad Wall Street banker who batted his eyes in Kashkari’s direction. Elizabeth Warren disparaged him in her recent memoir, and if Elizabeth Warren says you’re a prevaricating douche nozzle, the truth is probably even worse.

So it would take a heroic effort by another candidate to make a spackle-brained rich boy like Kashkari look almost principled and sympathetic. Oh hi, Tim Donnelly, your ears must be burning!

Explain it so we don’t have to, Los Angeles Times.

Donnelly said Kashkari condoned the strictures of sharia law because he once participated in a U.S. Treasury conference about Islamic finance. […]

The Islamic Finance 101 forum was sponsored by the Treasury Department under President George W. Bush's tenure and by Harvard Law School's Islamic Finance Project. Kashkari, then an assistant treasury secretary, delivered opening remarks at the event on Nov. 6, 2008.

The forum included academics, policy makers and bankers and focused on "understanding how you can still have free market principles and open economies even in Islamic countries," he said.

You can see how Donnelly could have taken this to mean AIYEEE SCARY MUSLIM THING NEEL KASHKARI WILL SHARIA YOUR WIVES AND MAKE YOUR DAUGHTERS WEAR BURKAS AND SEND YOUR SONS OFF TO SUICIDE BOMB A MALL IN FRESNO BLERGH BLEARGH GARGLE.

The best part is that Donnelly now has other Republicans accusing him of racism and has seen his own conservative supporters switch sides to back Kashkari. Though we guess having Republicans actually recognize and admit a member of their own party is making a not-so-thinly-veiled racist attack on a dark-skinned man with a funny-sounding name is progress of a sort. Another hundred years and the California GOP will be ready for the 1960s.