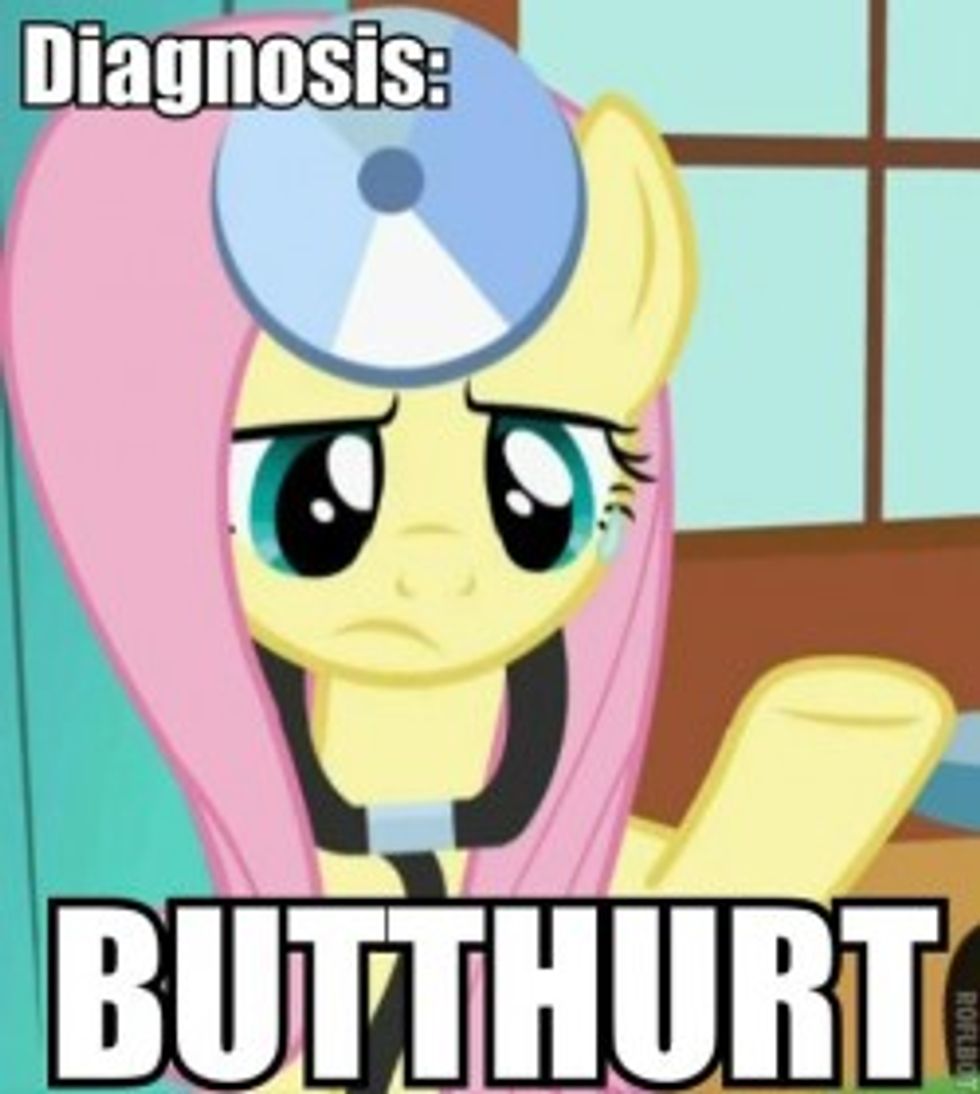 In yet another example ofHow Men Are Oppressed In These Difficult Times, Limey nutsack Peter Lloyd wrote a thing in the Daily Mail recently explaining that he is suing his gym because they have a certain number of hours for women only. It's a shocking infringement of his Right To See Ladies In Spandex, because the women-only hours total a whopping 442 hours a year! This is actual Jim Crow oppression, Lloyd argues: It is "eerily reminiscent of when African Americans were separated from their caucasian peers in 1940s America." Yes! A few women-only swimming classes per week is exactly like Bull Connor turning fire hoses on children in Birmingham, because both involve water! Also, we must note that "Birmingham" is also the name of a city in England, and England is sometimes caricatured as "John Bull" -- there's just no end of eerie parallels!

Lloyd peppers his his tirade with all sorts of inspiring appeals to egalitarianism and What Is Right:

When I became a member of my local gym, it was to exercise my body - not my human rights. But that's exactly what I'm doing with the Kentish Town Sports Centre in north London.

The venue, owned by fitness company Better in association with Camden Council, attracts hundreds of people from all sections of society: religious, atheist, male, female, young and old. There is no dominant demographic. Everybody is welcome and everybody gets on.

But not everybody is equal.

Because, in an age of political over-correctness, they ban all men and boys for 442 hours every year - simply because they are male.

Even worse, males have to pay exactly the same membership fee as these hyper-privileged womenfolk! Outrageous! Sexist! Oppressive!

Fair? I think not. But, because we live in an age of acceptable misandry, most people are too polite to say anything.

and gentlemen, meet the greatest human rights warrior of our time: He wrote a letter of protest to the gym management, demanding that they either eliminate the sexist segregation, offer an equal number of men-only hours, or reduce membership fees for males. And what did he get back? A lot of feminist-Marxist-islamofascist HOOEY, is what:

'A report by the Women Sport and Fitness Foundation showed that a significant proportion of women (26 per cent) “hate the way they look when they exercise”,' they replied in an email.

'This takes on an even greater significance when you consider that women feel even more self-conscious when taking part in sport and physical activity when men are present. If you are wondering who or what [we are] it's a charity that specialises in increasing women’s physical activity levels.'

Translated into plain English, this means that a group of agenda-driven feminists say a minority of women 'feel' bad about their bodies. And because heterosexual men are naturally attracted to women, their very existence makes it worse, so they should be banned.

Well! Why should Peter Lloyd have to suffer because some women aren't willing to man up and take being leered at? "If these women have issues with their bodies, I truly sympathise - but it's their problem, not mine. Nor is it any other man's." So he is taking action. He is suing the Kentish Town Sports Centre for this unspeakable violation of his human rights:

This is precisely why I’m suing them for gender bias. Not simply because their policy is unfair, but because it pathologises masculinity while simultaneously repressing it.

As far as I'm concerned it also breaks the law.

.... No customer, male or female, should pay for gym time they're not allowed to use. It's that simple.

Oh, and for some reason, Lloyd doesn't actually provide any details on which particular sexist times the Kentish Town Sports Centre's intolerable policy is in effect. Simple math -- dividing his 442 hours a year by 365 -- suggests that penis-owners are shunned from the entire facility for about 1.2 hours a day, which does seem like rather a lot. Fortunately, Yr Wonkette has the journamalistic stones (ha-ha) to do an In-Depth Investigation by taking three minutes to visit Kentish Town Sports Centre's website, where we discovered the shocking truth: Peter Lloyd is fucking around with numbers here.

In reality, the Fitness Centre is Women-Only "on Thursdays from 06:00pm to 07:30 pm." That's it. A single 90-minute period a week, or a more shocking 78 hours a year. Swim classes account for the only other large block of gender-segregated activity:

This still adds up to only 390 hours a year, so to get that 442 hours, Lloyd has to add in the one hour women-only yoga class on Thursdays, which doesn't exactly shut down the entire facility. Still, it is all pretty goddamn discriminatory! There's definitely a full hour and a half on Thursday evenings when a person with a penis is simply NOT WELCOME in either the pool or the fitness centre. Is this freedom? Is this fairness? Is this what George Washington, Abe Lincoln, Martin Luther King, Ghandhi and Jimi Hendrix gave their lives at Pearl Harbor to protect? WE THINK NOT.

Also, we would like to be reimbursed on our gym membership for all the times that we were not able to use the handball courts because we do not play handball. And don't even get us started about those "zoomba" classes, which apparently have something to do with animals riding around on robot vacuum cleaners. We do not get that AT ALL.