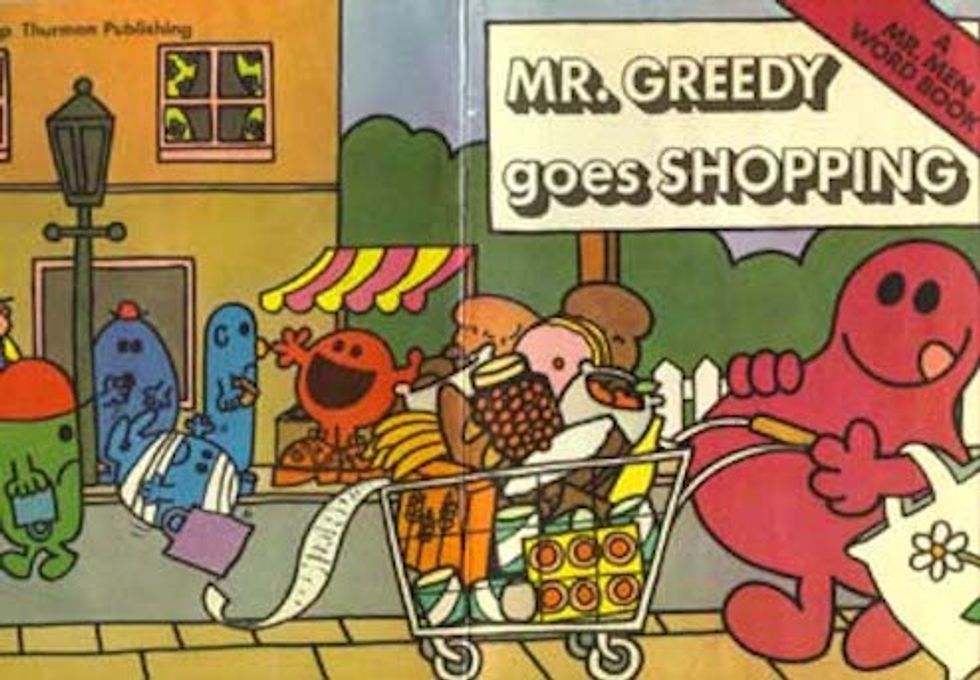 This post brought to you by the Patty Dumpling Endowed Chair For Oil Spill Blogging And Insider Trading.

Sometimes we reach the end of the week and it is so hard to decide who the biggest asshole of the past seven days might have been. Was it the "performance artist" that thought it would be cool to attention whore by putting a backpack at the Boston Marathon finish line, thus bringing people to a terrified standstill yet again? How about the Missouri mayor who thought that the Kansas City shooter had some pretty neato ideas about Jews? Those guys were pretty terrible! But we have a dark horse late entry contender who might just win the week. People of Wonkette, we give you craven shitstain Keith A. Seilhan, the BP executive who dumped his BP stock after learning that the public was woefully misinformed about the extent of the spill because haha of course it was much worse.

"In his position as Incident Commander [in Houma, La.], Seilhan learned of nonpublic information relating to the seriousness of the disaster, including initial oil flow estimates from the sunken rig that were significantly greater than the public estimate of 5,000 barrels per day. Indeed, those private estimates were between 52,700 and 62,200 barrels per day — a 10x increase than that provided to the public.

"After he learned of this information, Seilhan [liquidated his portfolio.] ... By doing so, Seilhan and his family were able to avoid over $100,000 in losses as BP's share price eventually declined 48%.

We tried just writing 400 more words of FUCK YOU YOU FUCKING FUCK but the Editrix told us we had to actually "write" a "post." Some people are so uptight. Really, though, we are stuck for any other words to describe how we feel about someone who, upon learning their company caused one of the greatest environmental disasters in history, thought "fuck you, I'll get mine" and sold his stock rather than hang his head in shame, give all his possessions to the poor, and go live in the desert somewhere. Were you thinking this guy probably got even more terrible than this? Gold fucking star for you, stud.

Later, after BP announced it had successfully capped the well, Seilhan repurchased shares of the BP Stock Fund (composed nearly entirely of BP shares) at a lower basis."

We would expect no less.

Because we haven't managed to entirely gut the Securities Exchange Commission and there is some small shred of regulation left, Seilhan is paying a fine for the ill-gotten gains.

That'll show him! Also, too, there's no indication criminal charges would be filed, because we only reserve criminal charges for the poors and the blahs and the people unfortunate enough to be caught in a cycle of poverty, violence, and drug dealings. Heavens, we can't pursue criminal charges against a rich executive! We've already done that a whopping four or five times in the last couple years. Any more and the Republic will topple into the sea. Ain't being rich grand?