Hysterical Womenfolk All On The Rag Despite Gallantries of The GOP 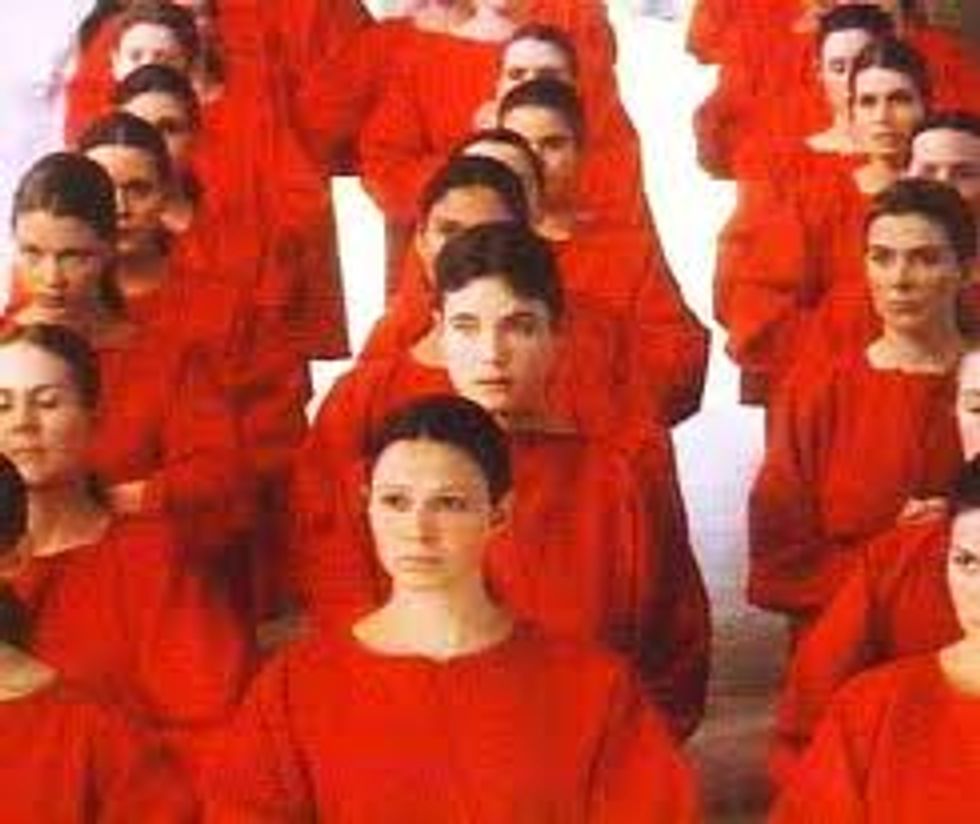 You would think the women of America -- particularly "right-leaning" women who voted for George W. Bush and John McCain -- would understand when the great big strong menfolk tell them not to worry their pretty little heads about things like "their bodies" and "not being filthy whores." But in a shocking twist thatnobody could have predicted, it seems "women," if there even is such a thing, are catching themselves a little case of the sulks! Ladies are now stealthily congregating at baby showers and beauty parlors and, we don't know, shoe stores? and morphing into Obama-voting communists, just because the Republican party patiently explained to them that a man's place is at the head of the household, and a woman's place is in A Handmaid's Tale. ("There is more than one kind of freedom. Freedom to and freedom from. In the days of anarchy, it was freedom to. Now you are being given freedom from. Don't underrate it," ladies.)

The New York Times talked to many right-leaning ladies who self-described as things like "retired schoolteacher" and "evangelical Christian" and oh, get this, "Rebublican strategist." And they are all in a tizzy!

Even more than Mr. Romney, Mr. Santorum has made himself a champion of the traditional family with two parents, arguing in speeches that single motherhood increases a child’s chances of poverty and related problems.

The stance particularly vexes Meredith Warren, a Republican strategist in Andover, Mass. “Well, guess what?” she said. “There are a lot of single moms out there. That’s reality. I don’t think he does himself any favors denigrating that situation.”

What about you, one of several other ladies talked to by the New York Times? Do you perhaps need a Midol?

“Everybody is so busy telling us how we should act in the bedroom, they’re letting the country fall through the cracks,” said Fran Kelley, a retired public school worker in Seattle who voted for Senator John McCain over Mr. Obama in the 2008 election. Of the Republican candidates this year, she added, “They’re nothing but hatemongers trying to control everyone, saying, ‘Live as I live.’ ”

She continued, “If Republicans would stop all this ridiculous talk about contraception, I’d consider voting in November.”

Forget about women-loathed candidates like Santorum and Gingrich. Even supposed frontrunner Mitt Romney is now down 20 points among women (57 Bammerz-37 Der Mitt), despite not even having left his wife when she went and caught herself MS and breast cancer! (And despite how nicely he fills out that wetsuit.) What does Mittens have to do get your love, ladies? What do you want him to do? Pander?

In happier news for the GOP, recent polling suggests that fully one-third of women still want the Republicans to control Congress. They will get a special treat tonight. Maybe a new vacuum. [New York Times]