'I Am Aware Of All Internet Traditions' 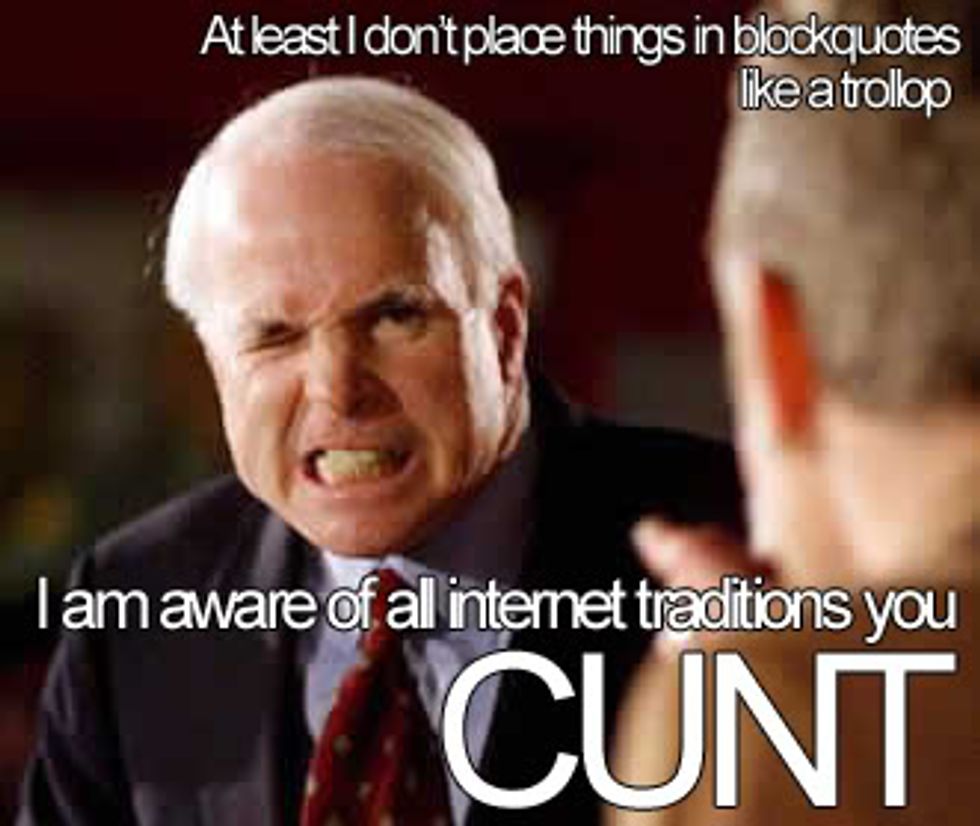 (Seriously, it is cool if you do not look at the Internet again before, say, October. We won't take it personally.)

About 36 hours ago, a Righteous Shitsack leaves the following gem on this lefty blogspot:

I am aware of all internet traditions and also of literary conventions in which placing something in quotes or in a blockquote means that your are quoting that person.

The Internet: It sucks.