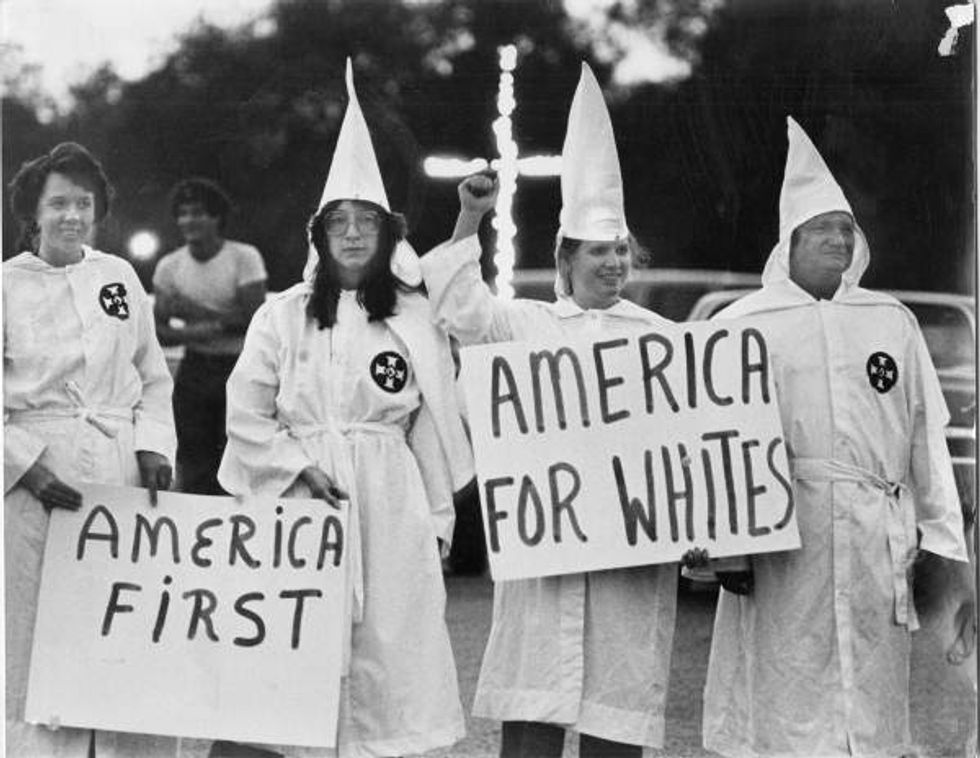 Fox payroll departmentIt is so hard to find time in the day to report on all Fox News's systemic sexual harassment, from its president togross Sean Hannity, that we haven't even bothered with the latest woman to say "yeah, Roger Ailes is a gross hamburger-meat-dick sex pig." (That newest accuser-woman is Alisyn Camerota, now at CNN.)

But did you know -- is it even possible???!!! -- that Fox News might have been slightly insensitive in a racial manner too? By which we mean, of course, holy fuck.

Black women who worked in Fox News's accounting department accuse their boss there, comptroller Judy Slater, of for some unknown reason thinking it was okay to treat black employees the way Fox News treats all black Americans: According to a lawsuit by the three, when they'd say good night to Slater, she'd put her hands up in a mockery of "Hands up don't shoot!" or she'd make the women say "ask" and "fifth" to see if they could pronounce them properly instead of using stereotypically black speech patterns. She also asked them if their children had the same father, made comments about their hair and credit scores, and went on and on about how black people want to hurt white people.

It is totally mystifying why Slater might have thought that was okay workplace (or human) behavior.

And now, because that shit wasn't actionable enough, more black employees are joining the suit.

According to the plaintiffs’ attorneys, Slater demanded that black employees hold “arm wrestling matches’” with white female employees in her office, just down the hall from Ailes’s office on the 2nd floor of Fox headquarters. “Forcing a black woman employee to ‘fight’ for the amusement and pleasure of her white superiors is horrifying. This highly offensive and humiliating act is reminiscent of Jim Crow era battle royals,” the letter says, referring to the practice of paying black men to fight blindfolded at carnivals for white spectators’ entertainment. The lawyers argue that [Slater's boss, director of accounting Tammy] Efinger bragged about wanting to “fight” a black employee.

You will be shocked to know Fox News has been sued for racial discrimination before. But you might be actually shocked to learn Fox fired Slater for opening them up to liability. The composition of her parachute, whether golden or otherwise, remains unknown.