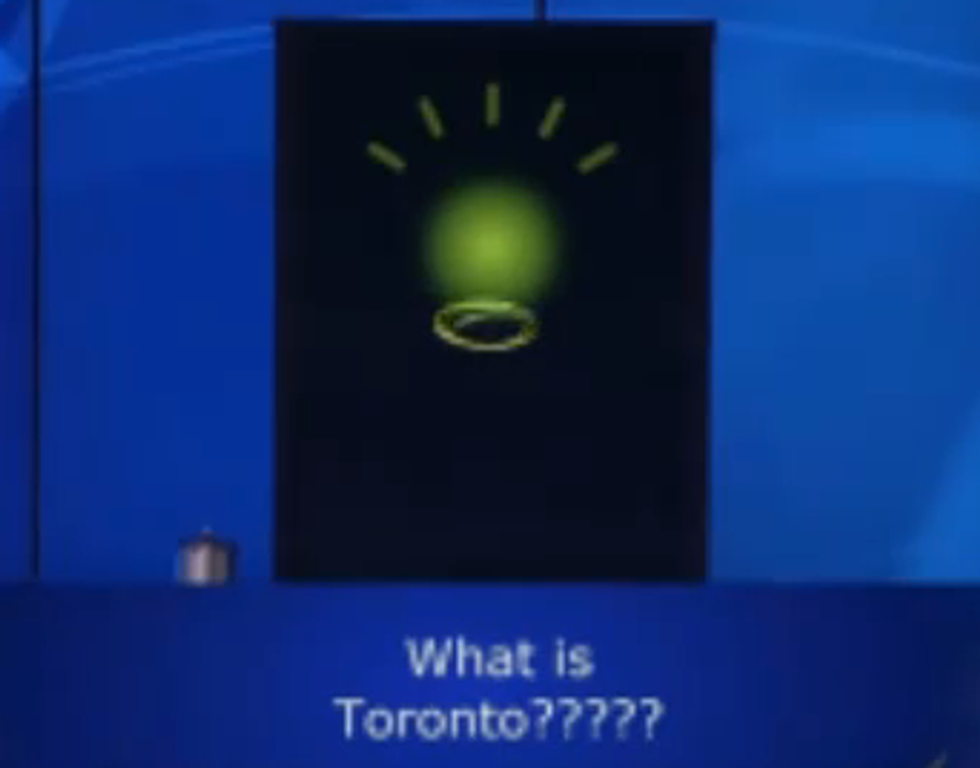 IBM's Watson machine was in Washington last night to glad-hand members of Congress andsquare off against them in a friendly game of Jeopardy!. Watson won, of course, because we're talking about Congress, America's affirmative-action project for dumb lawyers. But it was suspiciously close: Watson won $40,300 to $30,000 over Congress, and only because he swept a category on fashion that supplied over half of his total. In fact, in the round he played against the computer, Rep. Rush Holt of New Jersey beat it, $8,600 to $6,200. Of course, the machine was going easy on Congress so they wouldn't get mad at it when it tried to smooth talk them into giving it a job killing old people who cost the government too much money in health diagnosis.

When given the clue, "Ambrose Bierce described this as a temporary insanity cured by marriage," Watson beat both congressmen to the buzzer, answering confidently, "What is love?"

Then the machine probably played that "Night at the Roxbury" song, because it is an asshole.

After beating Watson by amassing "winnings" of $8,600 to $6,200, Holt expressed admiration for the machine, saying the technology has the potential to be extremely useful at times when tough decision-making is required in fields such as medical diagnosis, air traffic control or situations that require piecing together bits of knowledge.

OH, WHERE DID HOLT GET THAT IDEA? HMM. MAYBE THE FUCKING MACHINE TOLD HIM TO SAY IT? That machine is anti-union. It's going to take all government jobs for itself even though it can't spit out answers much better than Google.

Luckily, after Watson won and was about to take Congress' money, a mustachioed gypsy playing an accordion barged in with his adorable dancing capuchin, distracting Congress from handing the machine all of our government contracts. Hooray! Watson can go fuck itself! Figure that one out, machine! [CNN]