ICE Wants To Memory Hole All Immigrants Who Died In Detention -- And Their Little Kids Too! 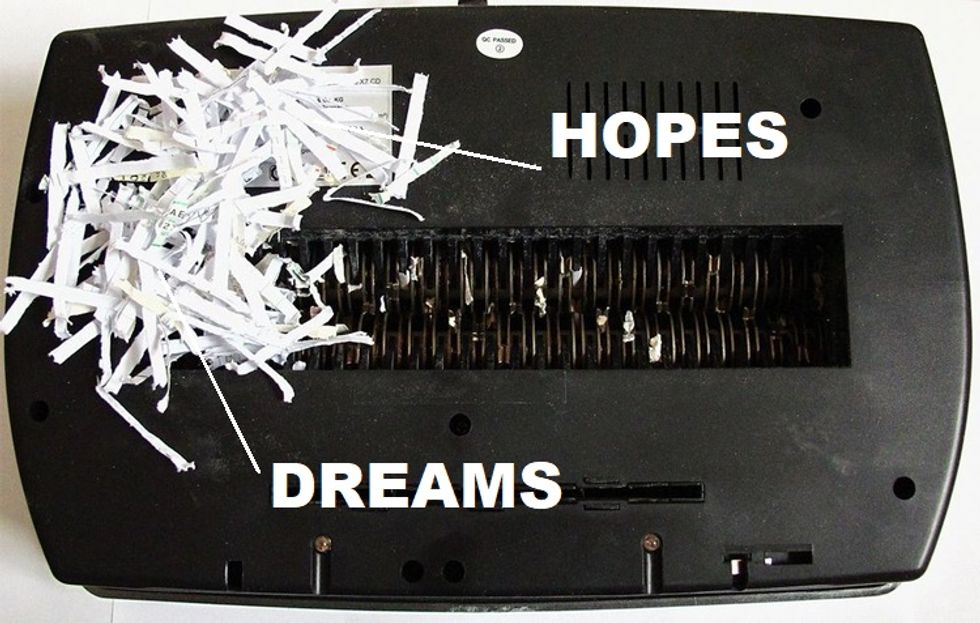 The American Civil Liberties Union warned yesterday that Immigration and Customs Enforcement has sent a little tiny request to the National Archives and Record Administration (NARA) asking for permission to adjust the timetable on which it decides to keep or destroy records. Ah, but it's not just a routine adjustment for efficiency, no, not quite:

An entire paper trail for a system rife with human rights and constitutional abuses is at stake.

ICE has asked for permission to begin routinely destroying 11 kinds of records, including those related to sexual assaults, solitary confinement and even deaths of people in its custody. Other records subject to destruction include alternatives to detention programs; regular detention monitoring reports, logs about the people detained in ICE facilities and communications from the public reporting detention abuses.

The records would be subject to differing timelines; records of sexual assaults or deaths in custody would be kept for 20 years, while ICE would like to scrub records on solitary confinement after just three years. You say you were abused while in custody? Oh. No record of that.

The ACLU notes the request to purge ICE's records more frequently is "all the more disturbing" in light of the Trump administration's plans to vastly expand detentions and deportations of those in the country without proper documentation. But why would you want to document government wrongdoing against undocumented immigrants, anyway? It's not like they're people with rights or anything.

Worse, NARA has already provisionally approved the agency's request to destroy its records more quickly, with some pretty weird logic:

Twenty years may seem like plenty of time to keep such records, but given that the government routinely drags its feet with records requests when it's accused of wrongdoing, and that it can take years to build legal cases, shouldn't serious incidents be documented, like, forever? As the ACLU notes:

Recent reports by advocacy groups document sexual assaults in detention without adequate investigation or remedy, sub-standard medical care, the overuse of solitary confinement as well as threats and physical assault by custody staff. Since October 2016, there have been 10 deaths in immigration detention. Many of the records used in these reports and analyses would not have been made available without sustained public pressure to force ICE to maintain and divulge this information.

So now the New Cruelty not only wants to ramp up its heinous fuckery against undocumented migrants, it wants to send the records related to their detention down the Memory Hole. That just might be the last step in truly making them Unpersons.

What Bad Dudes Are We Deporting Today? Dads And DREAMers, Of Course

More dispatches from the New Cruelty

In related news, Donald Trump appears to be getting ready to end the one category of protection for undocumented people left from the Obama administration, the Deferred Action for Childhood Arrivals (DACA) program, even though he had said earlier this year that DREAMER kids should be "treated with a lot of heart," and had even told the Associated Press that those covered by DACA should "rest easy." Oh, but you know Donald Trump never really keeps his word, ever, so why do we even bother pointing out he's gone back on it? It's just an old habit left over from writing about politicians who at least pretended consistency mattered.

But now, Trump's giving some thought to just how much heart he should use in either ending DACA immediately, like maybe tonight, which would certainly increase 800,000 recipients' heart rates, or announcing he'll simply let it die off as existing two-year work permits end, and then deport the recipients gradually, which would allow for a more evenly distributed rate of heartbreak.

If the parents are deported, what happens to their citizen kids? That's their problem.

A group of 10 state attorney generals, plus the governor of Idaho, gave Trump an ultimatum in June: End DACA by September 5, or they'd sue to end the program, because what could be more American than deporting people brought here as children, for whom America is their only home? We must deport everyone, lest future children decide to be born to people who cross the border illegally. If Trump doesn't act, the attorney generals would add DACA to their lawsuit against another Obama program, Deferred Action for Parents of Americans (DAPA), which the Trump administration already gave up on earlier this year. Adding DACA to the lawsuit would force the Justice Department to decide whether to defend the policy in court; that seems unlikely, given A.G. Jeff Sessions's (vomit) opposition to DACA.

The New Cruelty marches on. And with everyone paying attention to Houston and hurricane cleanup, who'll even miss 800,000 young people and their stupid American Dreams?

Sorry to end your day with this, your OPEN THREAD.

Yr Wonkette is supported by reader donations. Please click the "Donate" clicky below. And RESIST.