Idaho GOP Rep. Confident No One Dies From Lack Of Healthcare 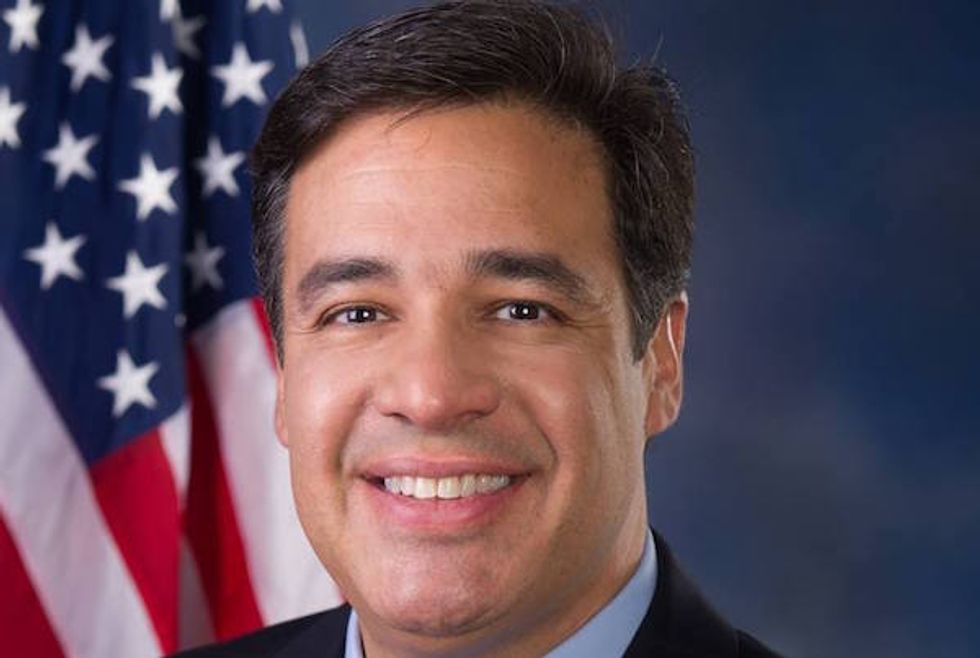 Idaho Republican Congressman Raúl Labrador did not get an especially warm welcome at a town hall he attended Friday night, thanks to the House's passage of the new Trumpcare bill that will leave tens of millions of people without health insurance, drastically cut Medicaid, and cause insurance prices to skyrocket for pretty much anyone who is not a single male with zero pre-existing conditions of any kind.

Shockingly, people seem to be pretty unhappy about that! And they were not afraid to show it. During the town hall, one woman shared with Labrador that she feared that the loss of Medicaid protection would result in many deaths.

“That line is so indefensible,” Labrador, a member of the Congressional Freedom Caucus that helped make the AHCA even more evil than it was previously, said. “Nobody dies because they don’t have access to health care.”

That is just... well, it's certainly difficult to wrap one's mind about how someone would say something like that out loud and think it might be true. I mean, if it were true, why would doctors exist to begin with? Is Raúl Labrador a Christian Scientist or something? Because otherwise I think we can all agree that people can definitely die from not having healthcare. Why does Raúl Labrador think people have healthcare in the first place? For fun?

Many of those opposing the AHCA in Idaho have pointed to the death of Jenny Steinke, of Idaho Falls, who died of an asthma attack after not being able to afford treatment for several years. There is also the example of literally everyone whose life has been saved by having healthcare, which I think we can all agree is a lot of people. Perhaps you know some of them? I know I do.

Of course, Raul Labrador would probably reply that Jenny Steinke didn't die from lack of access to healthcare, because obviously she could have accessed health care any time she wanted to, if she had gone without an iPhone every time she needed treatment and spent the money on a doctor or hospital instead. She had access to healthcare, just like all of us have access to purchasing the Bentley of our choice.

Even the Congressional Budget Office's assessment for the AHCA literally takes into account the cool $3 billion that America is gonna save in Social Security payments, due to people dying earlier as a result of this plan.

So no! It is hardly indefensible to say that people don't die from lack of access to healthcare. It is, rather, a basic fact of life. So perhaps Raúl should just be honest and say "Sure, some people are going to die, but look at all the money we'd save rich people who don't like paying taxes? Isn't that worth it? They should be proud of their sacrifice! This country would hardly exist were it not for the poor nobly sacrificing their lives so that rich people can be slightly more rich than they would be otherwise!" Which, sadly, would be a very true statement.