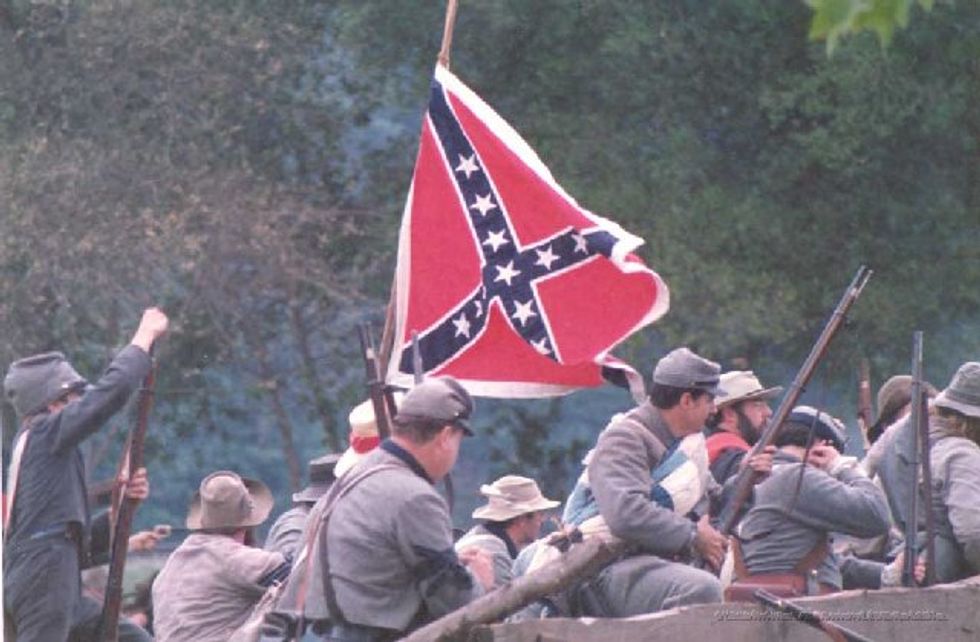 In a surprising case from Idaho, the state Court of Appeals has thrown out the verdict in the trial of a black man where the prosecutor's closing argument included a few lines from the Confederate anthem "Dixie." For some crazy reason, the judge thought that the song just might have incited racial animus against the defendant, even though the prosecutor insisted that her only intent was to include a clever rhetorical flourish.

Appeals Court Judge Karen Lansing overturned the conviction of James D. Kirk, writing that regardless of Canyon County Deputy Prosecutor Erica Kallin's intentions, the ditty may have biased the jury:

"This prosecutor may not have intended to appeal to racial bias, but a prosecutor's mental state, however innocent, does not determine the message received by the jurors or their individual responses to it," Lansing wrote in her opinion, which fellow Judges David Gratton and John Melanson agreed with. "An invocation of race by a prosecutor, even if subtle and oblique, may be violative of due process or equal protection."

OK, sure, but couldn't the prosecutor's office just point out that the defendant's name gave him an unfair advantage, connoting as it does the heroic image of a renowned Starfleet captain?

Kallin explained that her only goal was to encourage jurors not to ignore evidence, as she believed the defense was asking them to do:

In April 2013, at the end of Kirk's trial, Kallin paraphrased from "Dixie" as a warning for jurors not to be distracted from the evidence against Kirk, a black man accused of lewd conduct with a 17-year-old girl and sexual battery of a 13-year-old girl.

A jury convicted Kirk, then 45, of both counts. A district judge sentenced him to 20 years in prison.

Well that's pretty good lawyerin'! Didn't Matlock do something like that once? (We are merely joking -- as everyone knows, Matlock was a communist.)

Kirk's public defender (Idaho has those? Wonders never cease!), Eric Fredericksen, argued for the verdict to be overturned, saying that the song might have affected the outcome, even if only one juror had been prejudiced. Judge Lansing agreed, and didn't even seem swayed by the likelihood that "Dixie" is about heritage, not hate:

This Court does not require … articles or history books to recognize that 'Dixie' was an anthem of the Confederacy, an ode to the Old South, which references with praise a time and place of the most pernicious racism," Lansing wrote. "The prosecutor's mention of the title, 'Dixie,' as well as the specific lyrics recited by the prosecutor, referring to 'the land of cotton,' expressly evoke that setting with all its racial overtones." [...]

"Nothing in the record suggests that the jurors harbored any racial prejudice or that they were actually influenced by the prosecutor's recitation of 'Dixie,' but the risk of prejudice to a defendant is magnified where the case is as sensitive as this one, involving alleged sexual molestation of minors," Lansing wrote. "Although the state's case here was a strong one, it was not so compelling that no rational juror could have voted to acquit."

So there you go. Even Idaho is plagued by Political Correctness Run Amok. Canyon County does not plan to drop the charges against Kirk, and if the county Attorney General doesn't appeal Lansing's ruling to the Idaho Supreme Court, will re-try the case without any references to song lyrics. They'd just better make sure the defense doesn't try something sneaky like coming to court in a Starfleet uniform. Not even if it's Next Generation.