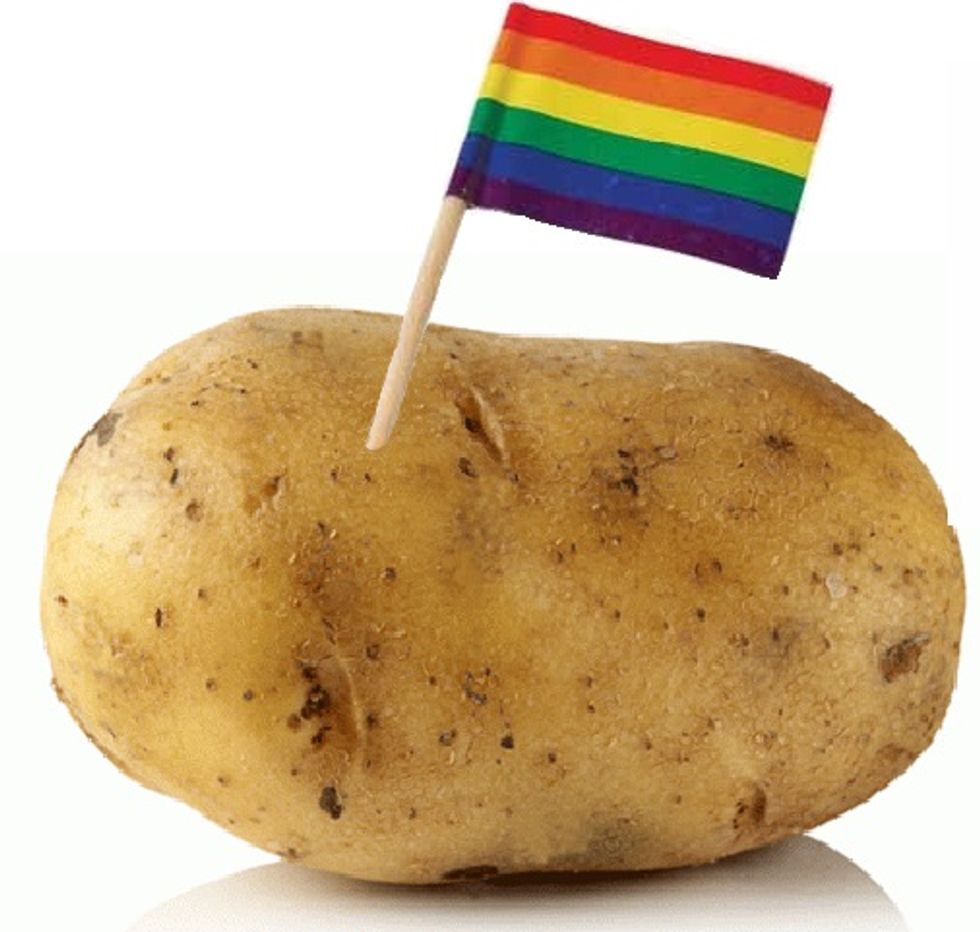 Our pals at Public Policy Polling (we like to say they're our pals, but they don't know us from Adam's off ox) have graced us with a poll on the Idaho midterm elections, and you will be astonished to learn that Idahoans are probably going to elect a bunch of Republicans again.

Incumbent Gov. Butch Otter at first seems to have a really close race against Democrat A.J. Balukoff, with Otter at 39 percent and Balukoff at 35 percent. The problem for Balukoff is that while Otter is actually kind of unpopular, he's mostly unpopular with tea party types who say they support one of the four wingnutty independents -- one of whom is perennial candidate Pro Life, who changed his name from Marvin Richardson. After complaints from an anti-abortion group that didn't want to be associated with him, he earned this designation on the ballot: "Pro Life (A person, formerly known as Marvin Richardson)." Anyhoo, once you take out those four people, a head-to-head poll with only Otter and Balukoff has Otter winning, 47 percent to 38 percent, with 15 percent "not sure." So yay, we get another four years of jokes about Butch Otter's name!

The more interesting results are in the questions on marriage equality. While it's no surprise that this deep-red state -- we are indeed a bunch of maroons -- doesn't think same sex marriage should be legal, it's actually a bit closer than we would have expected. "Should be legal" gets 38 percent, and "should not be legal" gets 57 percent. Toss in the option of "civil unions" (which in our case we have not got), and the absolute opposition to either marriage or civil unions actually drops to the lowest of the three options:

The biggest surprise, however, is that even in Idaho, people seem disinclined to freak out too much about the prospects that marriage equality will lead to dogs and cats living together, let alone Ebola:

Disappointing that so few see it as positive, but nice to see that more are "meh" about it than likely to grab a pitchfork -- and the poll was conducted from Oct. 9-12, right in the middle of the Supreme Court foofaraw over the issue, which ended with a decision to allow same-sex weddings to go forward.

For 2016, no surprises. Hillary Clinton would lose the Gem State by decisive margins to Jeb Bush, Ted Cruz, Mike Huckabee, Rand Paul, and even to Chris Christie, although the Hillz/Christie option had the highest "not sure" numbers, suggesting that Idahoans see the New Jersey governor as a scary big-government Obama-hugger.

And we must close with a genuine shocker:

Seven percent not sure what they think of potatoes? In Idaho? That's just disturbing. We hope there will be follow-up work done to get at the root of that ambivalence. No one understands our potato!