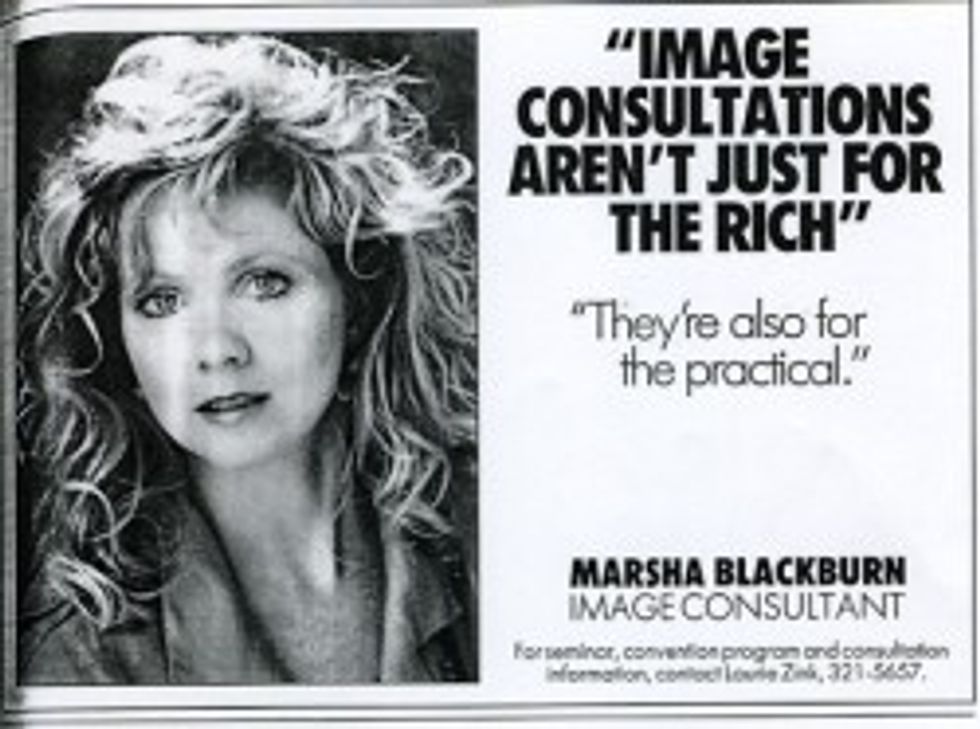 Oh hey look! It's Idiot Republican Saying Stupid Shit o'clock again. This time, it's Rep. Marsha Blackburn's turn again, as usual. Give someone else a turn once a while, Marsha! She'sjust so greedy:

"I think that what you're going to see with the [Kermit] Gosnell case is people will focus on, yes, the regulations, but also ending federal funding of abortion and that will come back into play," Blackburn said during an appearance on MSNBC's "Morning Joe."

Kermit Gosnell, in case you have been living under a rock, is a Philadelphia abortion monster on trial for doing horrible and disgusting and awful -- and, oh yeah, illegal -- things to primarily poor women of color who turned to him for retro 1950s back-alley style abortions because that's what happens when you make it all but impossible for women to have modern, safe, affordable and legal abortions.

You can read some gory details about the horror house that was his clinic here, in Katie J.M. Baker's very good post at Jezebel -- or in a million other places on the Internets with the handy use of Google (even though last week wingnuts were all, "Why hasn't anybody written about this except for every ladyblogger on the planet but they don't count? Conspiracy! Cover-up! Gosnellgate! Benghazi! Blurgh, fart, puke, et cetera).

Blackburn is hoping this case will "end the public funding of abortion" because she is illiterate and cannot read the Hyde Amendment. She is constantly sponsoring bills to defund Planned Parenthood, because like many easily confused Republican lawmakers, she believes that cutting access to preventive health services will cut down on the number of abortions. Maybe it will, in the sense that more women will die from preventable diseases such as cervical cancer, and thus be unable to have abortions?

There are two important flaws in Blackburn's logic. The reason women went to Gosnell for their unsafe abortions in the first place was because dingbats like Blackburn have already pushed MOAR LAWS to make it hard to get safe abortions. So making it harder won't lead to fewer abortions -- just unsafer ones.

Second, and this is the important one the GOP keeps missing, there is no federal funding of abortion. It is already illegal. Already! The work is already done! This is the Hyde Amendment. And if that weren't enough, President Obama signed an executive order as part of Obamacare that says, "No, seriously, for reals you guys, no government funding of abortion." So there, Marsha Blackburn, the Great Obama-Satan has already granted your wish. (Marsha Blackburn comes out in favor of mandatory government-sponsored abortions in 3...2...1...)