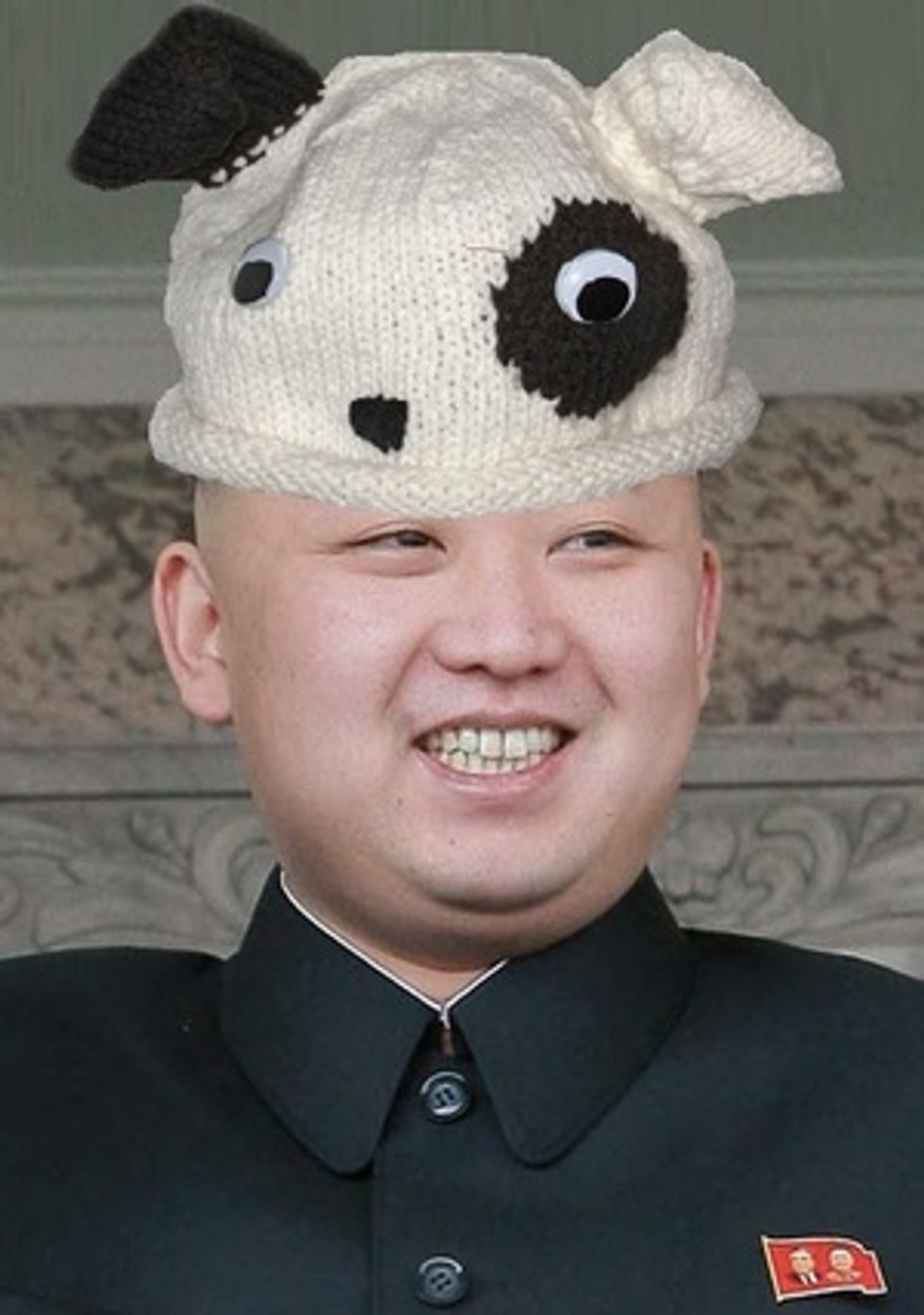 Remember a few months ago Kim Jong Un, the boy dictator of North Korea, had his mistress shot in the noggin, along with pretty much anyone who'd ever met her? Breakups, so messy! Now, on the heels of the reported execution of his uncle, the Los Angeles Times informs us, "North Korea's youthful leader asserts himself, stirring unease." Is he? Is he "asserting" himself? Is he "stirring unease"? In our day, "assertiveness training" involved giving yourself permission to say "No" to others. And executing your uncle.

"He had to get rid of the grumpy old men," said Andrei Lankov, a North Korea scholar based in Seoul. "He couldn't be a boss with subordinates who are twice his age, who don't understand him and don't take him seriously."

Well I know I can't! Doktor Zoom will be reporting to the guards immediately. Snipy, as a fellow Gen Xer, may live.

Tell us more about the "youth moment" that is going on in North Korea, Los Angeles Times. Is Kim Jong Un building roller coasters and water parks for his "cult of youth"? Yes. Is Rodman coming to visit again next week? Yes too. Did he really just totally have to kill that old man, his uncle, the one who was in charge of all the boring "economy" stuff, and stuff? Totes man.

Along with the charges of plotting a coup, the report by the official Korean Central News Agency detailed petty grievances that Kim clearly had been nursing for the last two years. Among them: When a monument was built to showcase a letter written by Kim to a unit of the People's Internal Security Forces, [his uncle] Jang [Song Taek] directed that it be placed in a shady corner rather than in front of the building.

Jang also was accused of showing a lack of enthusiasm when Kim, while his father was leader, was promoted to vice chairman of the Central Military Commission. "He behaved so arrogantly and insolently, as unwillingly standing up from his seat and halfheartedly clapping," the report said.

And that's a shootin'.

We've said it before and we will say it again: can't trust the fucking Millennials.