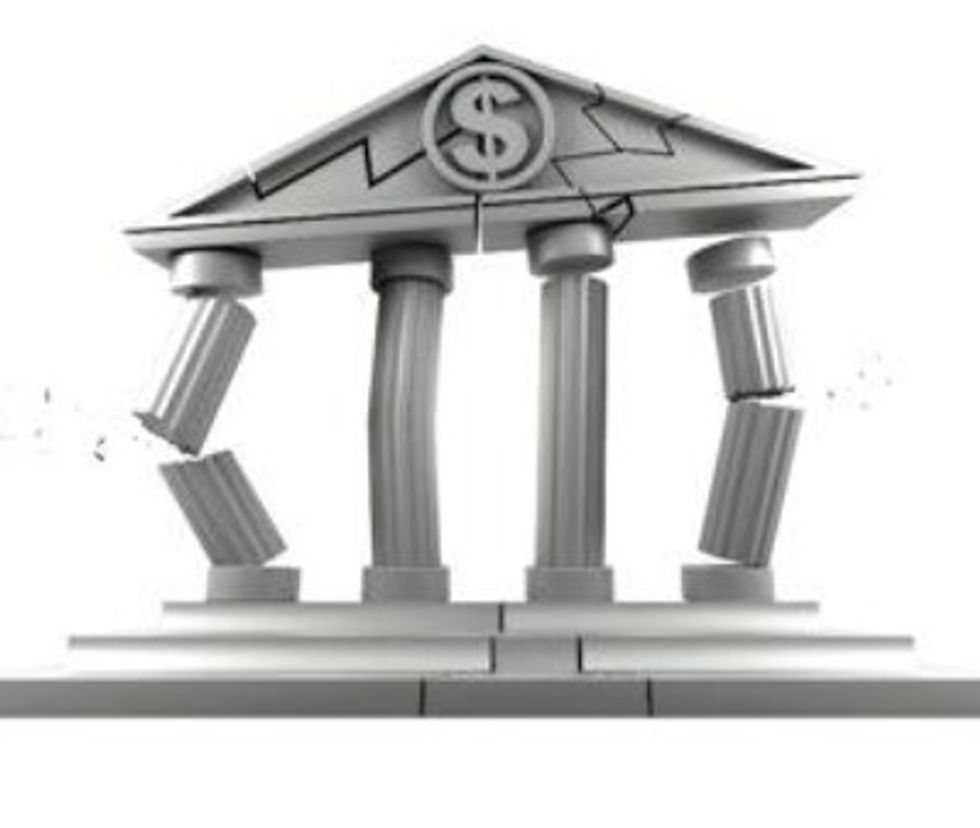 Did you know that there is now such a thing as "too big to indict"? This generally refers to institutions that are so big and so central to the entire economy of the whole world that there is nothing anyone can do to punish criminal activity and specifically refers to HSBC, a multinational banking conglomerate that laundered money for Mexican drug cartels and conducted business on behalf Iran and Sudan in spite of international sanctions. My, that sounds fun!

Hal Scott, director of the Program on International Financial Systems at Harvard Law School [...] says to forget about indicting a bank: Banks don't break the law, people do. And people aren't too big to fail or too big to go to jail.

Not a single individual at HSBC has been charged with the very conduct the bank admits happened, Scott says. And unfortunately, he adds, that's probably because it's just a lot easier to nail a bank. Charging people with crimes means more trials, which requires more money, time and evidence.

"You can go into the bank and say, 'Well, I think you did something wrong, and I'm thinking of indicting you, and you better pay a big fine,' and, you know, they'll agree to it," says Scott. "It's not their money."

And that, he notes, is the perverse thing about the HSBC settlement: That $2 billion is coming from shareholders, not from the people who broke the law.

Is it just us or is something completely wrong with this system? Can we get a bunch of our drinking buddies together, declare ourselves a "corporation," launder money for Mexican drug cartels, and then pay a fine that comes out of OTHER PEOPLE'S POCKETS when we're caught? Is that allowed? Because it seems like a better plan then just committing crimes as an individual. Might as well incorporate first, given that incorporation has so many advantages.

But the settlement averted an indictment, and authorities thought that was the best outcome for the economy. Some legal experts, like Duke Law professor James Cox, agree. He says it would have been a disaster if HSBC was charged with crimes.

"Indicting a large bank like HSBC would create a huge regulatory ripple — if not an embolism — around the world," Cox says.

When a bank is convicted of a crime, it could lose its banking license, and certain pension plans may be required to pull out their funds, he adds. That could have hemorrhaged HSBC enough to make it shut down.

"Authorities" is another word for "the government," which is supposed to be by the people and for the people, rather than "by the economy and for the economy." Although here's an idea: maybe if the American people incorporated and then formed a gigantic SuperPac to lobby on behalf of the middle class, "authorities" would start figuring out a way to prevent the existence of corporations that are SO BIG as to collapse the economy of the country and the entire world if they fail.