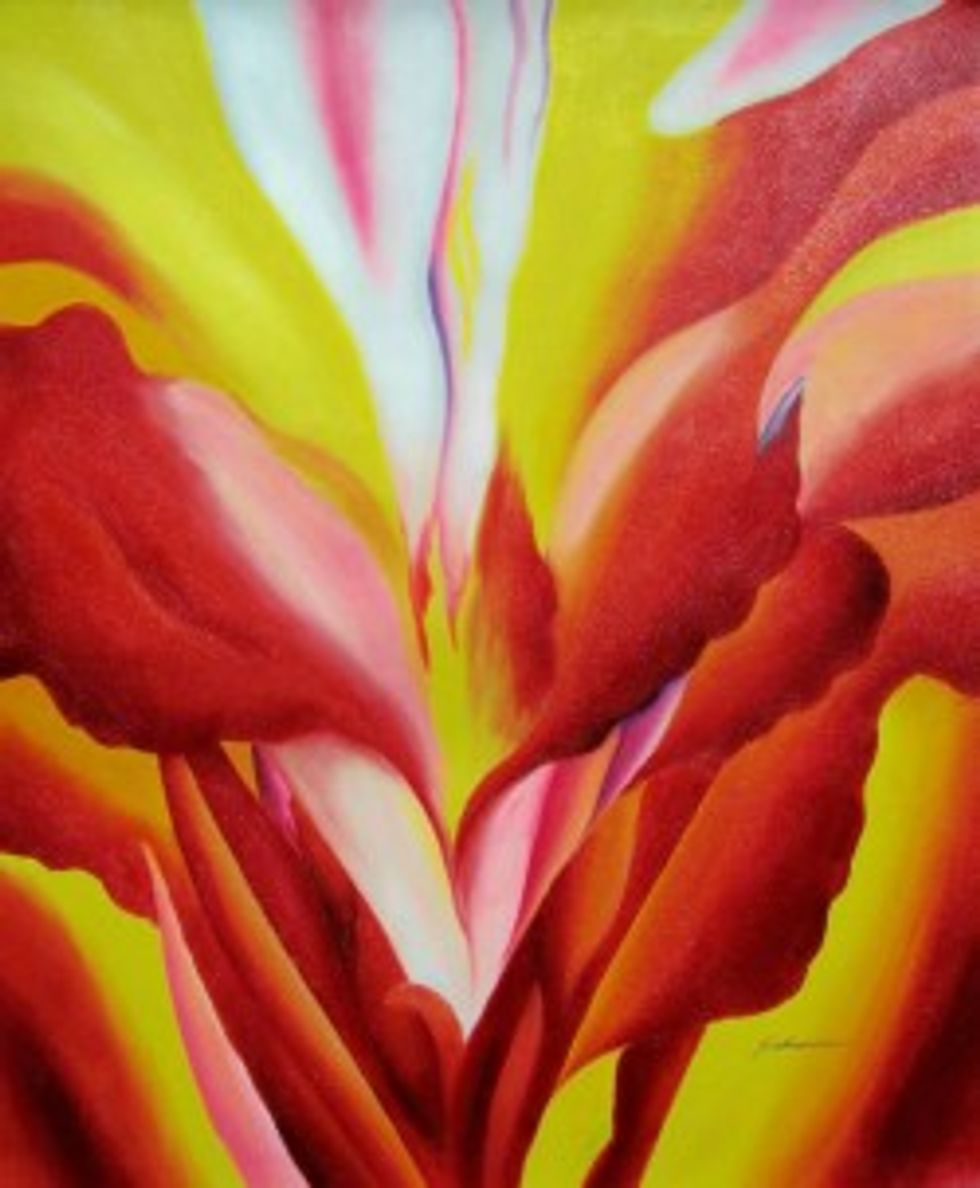 Today is not-fair day here at Wonket. Dok Zoom gets the fancyserious chat with Andy Carvin while the rest of yr Wonkette argues about who has to write about stupid things like vaginas. NO, vaginas themselves are not stupid. Nor is a lack of vagina. KEEP READING BEFORE YOU SEND US ANGRY TWEETS OR TIPLINE EMAILS. It is stupid to have to write about vaginas because some sex-hating little pro-life students are having a sad about ever having to see vaginas.

Let's esssplain a little bit of back story here. The Students for Life are the good folks who drive trucks around your campus bearing ginormous pix of aborted fetuses and comparing abortion to the Holocaust. They sound fun, don't they? In a burst of awesome, the actually, not sarcastically, good folks of the University of Cincinnati's LGBTQABCDEFG group, among other liebrul do-gooders, decided that they could do their own picture display of rich, delicious vaginas to counteract this nonsense:

The groups say, “The idea and focus of this demonstration formed in response to the gruesome images brought to UC’s campus by the Genocide Awareness Project. Their billboard sized photographs equated mutilated fetuses with genocide victims in an effort to shame women, comparing reproductive choice to holocaust. Our demonstration serves to call attention to the vagina as a site of conflict in medical, legislative, domestic, and representational arenas. Its purpose is to incite conversation about the objectification, exploitation, and discrimination of women’s bodies in advertising, health care, reproductive rights, and queer identities.”

Sounds pretty OK to us, and not just because this portion of yr Wonkette is a female lesbian who doesn't mind seeing vaginas one bit, nosiree. But for reals: how can you legitimately argue with the notion that if someone gets to truck fetus pix around, you can damn sure have an art project that shows lady parts? Reader poll: who'd rather see lady parts instead of aborted fetus pix? Raise your hands high so we can count.

Students for Life definitely does not want to see any vaginas, likely because they only fap to the fetus pix:

Condit said, “The UC Students for Life are deeply saddened by this response to our use of abortion pictures on campus. The abortion pictures, while shocking and offensive, display the truth about the humanity of the babies killed by abortion. Using objectifying images of women with the claim that it makes a political or artistic statement is an utter non-response to the important issue of abortion; it’s nothing but the depraved use of obscenity for shock value. This display is an embarrassment to the students who are organizing it, and to the university as a whole.”

Wahh, Students for Life. This is actually a really fucking funny way to respond to your aborto-porn.

Here, we'll make it all better for you.  We've made you an enormous smoothie of shut-the-fuck-up. It's delicious! It has bee pollen, kale, and a soupcon of aborted fetus. You'll love it.