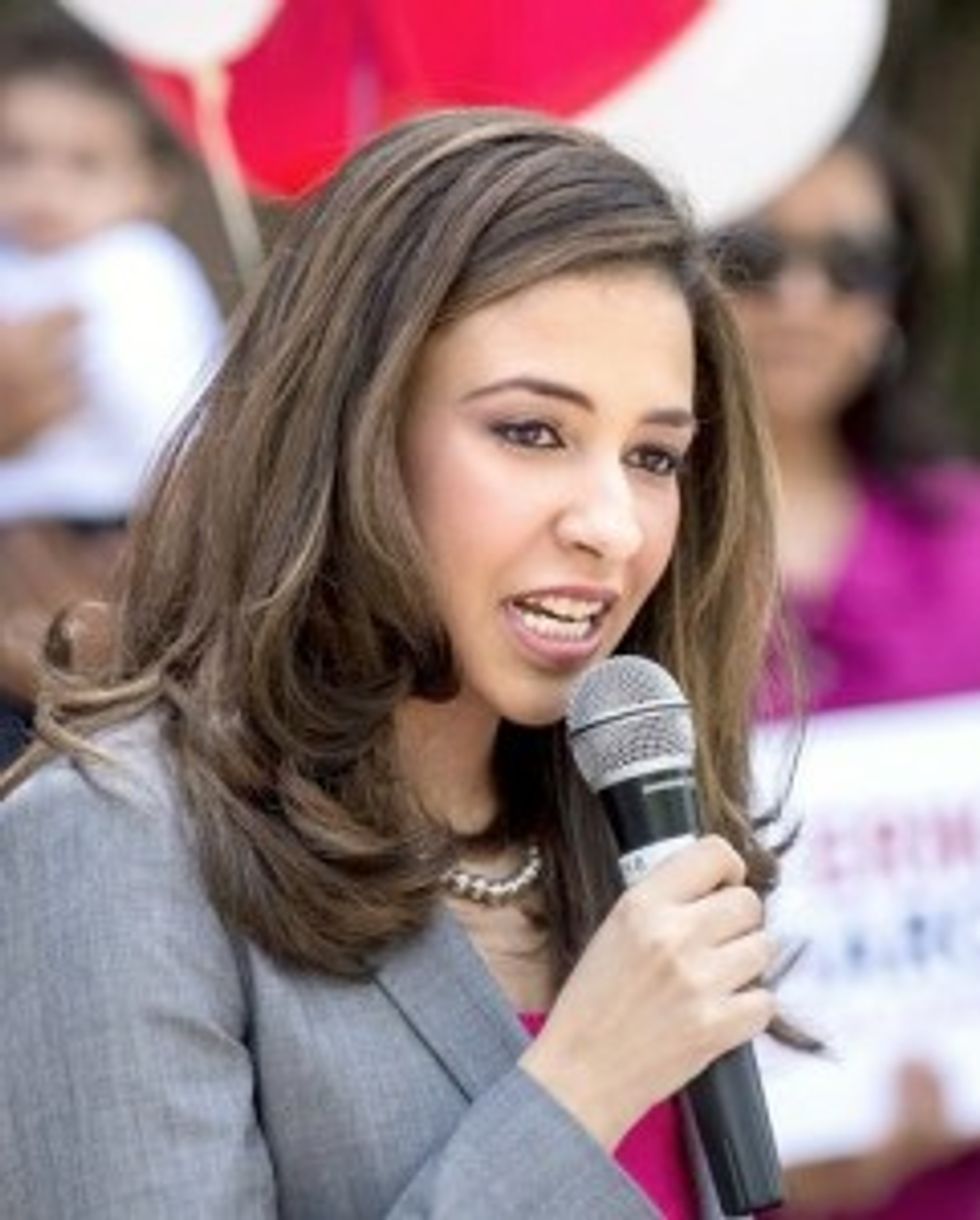 In yet another instance of political correctness run amok, a county GOP chair in Illinoishas resigned under pressure after calling former Miss America Erika Harold a "street walker" and other charming phrases. Harold is a Republican herself, running in a primary against Montgomery County GOP Chairman Jim Allen's favored candidate, incumbent Rep. Rodney Davis. Just to ensure his brilliance reached the widest possible audience, Allen sent a confident statement to a conservative blogger, who Allen must have presumed would be impressed by his ability to sound like a Yahoo! News commenter on a meth binge:*

"Rodney Davis will win and the love child of the D.N.C. will be back in Shitcago by May of 2014 working for some law firm that needs to meet their quota for minority hires," he wrote. "... Now, miss queen is being used like a street walker and her pimps are the DEMOCRAT PARTY and RINO REPUBLICANS."

What is this country coming to? It is getting to where you can't even call a black lady a "street walker" surrounded by "pimps" without being accused of being some kind of racist or sexist or something.

You might think that, after only eleventy-jillion instances of minor GOP officials getting into hot water after sending stupid racist emails, they'd have caught on. But it turns out that minor GOP officials are even less capable of learning than, say, ghetto thug gangster yoots in urban Shitcago government schools. And so we were treated to the spectacle of more grownup GOP figures furiously distancing themselves from Allen and condemning his enthusiastic effort to sound exactly like a large swath of the GOP base.

Rodney Davis turned his back on his Number One Fan, calling Allen's comments on his behalf "wrong, appalling and incredibly demeaning." The Republican blogger Allen sent the email to, Doug Ibendahl, posted the email to his website and added

Outrageous comments like those of Jim Allen are why we as Republicans fail to gain any respect from minority voters. ... If officials in my party (the Republican Party) fail to understand how destructive it is to attack an impressive person like Erika Harold merely because she dares to challenge the good-old-boys, the GOP will remain a losing party for decades. This stay-in-the-back-of-the-bus mentality destroys any hope the Republican Party has for regaining momentum in future elections.

RNC chair Reince Priebus also got into the act, calling for Allen to apologize and resign. Allen finally did both on Thursday, no doubt wondering why he was the victim.

But at least there's one bright shining nugget in this steaming turdpile of a story: We learned that the chair of the Champaign County GOP, who apologized to Harold and spoke personally to her father about the mess, has the awesomest name in the entire Republican Party: Habeeb Habeeb. We hope to hear more from, or about, him.

So Allen is out, leaving a wake of facepalms and mockery behind him, and now we can return to waiting for the next low-level GOP official to demonstrate that they failed to read the all-important "stick to dog whistles" memo.

*Ah, but we repeat ourselves.